After months of appetizers, it’s finally time for the main course. The NFL season is upon us. Tomorrow’s season kickoff between the New York Giants and Dallas Cowboys marks the end of a long wait for real football. Thankfully, most players made news for what they did on the field and avoided major injuries. Now let’s breakdown what will happen between now and February’s Super Bowl.

This is often the most talked about division in the NFL. With long-standing rivalries between the Giants, Cowboys, Philadelphia Eagles, and DC Redskins, there is always intrigue in this division. Too bad there isn’t always good football in it as well. Every team in the NFC East has a weakness. The Eagles have a paper mache quarterback. The Redskins have promise…but a lack of talent and experience. The Cowboys have injury question marks all over the field. The Giants have their own injury concerns, especially in the defensive backfield.

In cases like this, I go with the team that has been there before. That means the Giants will win the NFC East at 10-6 or 9-7.

The Saints should be the best team in this division, but the defensive suspensions behind “Bountygate” could leave the door open. The Falcons 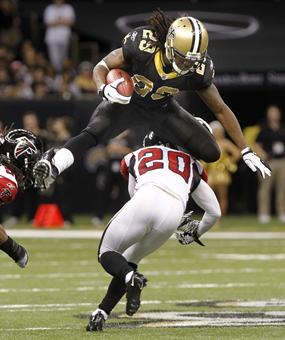 have the firepower to take advantage. Though they mustered only 2 points in last year’s playoffs, Atlanta has weapons at every offensive skill position. The Panthers and Bucs look like they’ll improve this year, but they aren’t talented enough to overtake the Saints or Falcons.

See Also:  Have You Ever Dealt With Your Boyfriend's Crazy Ex?

I don’t trust Atlanta to put it all together. The Saints will win the division at 11-5.

As much as I’d love to sign this over to my Detroit Lions, they have real issues on defense. The offense will score enough to win games, but the defense will give up just as many. Hurts to say this, but this division is up for grabs between the Chicago Bears and Green Bay Packers. Both teams are playoff-bound, with the Bears hoping to fulfill the promise of last season’s injury-derailed season.

The Packers will win the division again, but it doesn’t matter for Bears fans. Chicago will claim one of the wild card spots.

I don’t see any way the San Francisco 49ers can repeat the success of last season. They return all 11 starters from the NFL’s best defense, but Alex

Smith isn’t the player we saw last season. On top of that, Frank Gore is headed downhill with Brandon Jacobs and unproven young players behind him. The NFC West will come down to a Week 16 matchup between the Seahawks and 49ers in Seattle.

Seattle will come out ahead in this division thanks to a softer schedule than San Francisco. The 49ers will take the other wild card, rounding out the NFC.

I can’t think of a reason the New England Patriots won’t run away with this division. They have the best offense, and key additions on defense that (somehow) got them to the Super Bowl last season. The Jets should be the most interesting 5-11 team in NFL history, and the Dolphins will be worse. I think Buffalo will be a wild card team this season, but they won’t  challenge the Patriots for the division.

See Also:  What The Failure to Indict Darren Wilson Means to Us

The Texans are head and shoulders above the rest of this division. There may not be fifteen wins combined between the Jacksonville Jaguars, Indianapolis Colts, or Tennessee Titans. This division is awful. Moving on.

Last year, this division produced three playoff teams. Poor Cleveland Browns. They will be at the bottom looking up again. Cincinnati will slide backwards a little, leaving the Baltimore Ravens and Pittsburgh Steelers to fight for the divisional title. 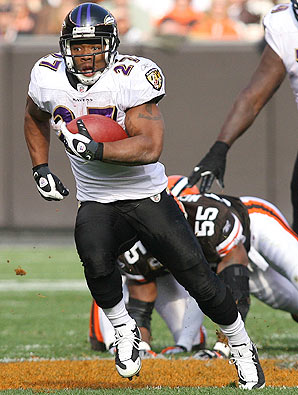 Baltimore has shown a new, no-huddle offense this season, and they still have Ray Rice. They have the edge over Pittsburgh, despite an unexpectedly fast-paced Steelers offense. Pittsburgh’s problem is on defense. They are aging (doesn’t it seem like that’s the story every year?) and have started to show cracks. The Steelers will still make the playoffs, but it will be as a wild card instead of a division winner.

This division, more than any other, come down to quarterback play. Each team has a unique QB situation that will determine how far it goes this season. I don’t buy Peyton Manning. He has looked ok in the preseason, and the defense should stil 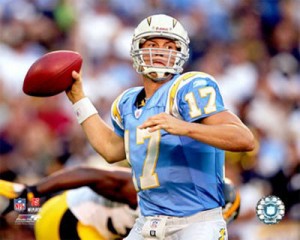 l be good, but Manning’s neck will not hold up this season. Without Peyton, the Broncos are rudderless (and playoff-less) this season. The Raiders are depending on Carson Palmer who hasn’t been good in years. Matt Cassel is still living off of an 11-win season in New England.

Then there is Phillip Rivers. He has several good seasons under his belt, and is the best of four decent options. The Chargers will get off to a better start than in years past, and ride it to an uninspiring playoff berth.

I have the Packers and Patriots meeting in the Super Bowl. The Patriots were there last year with a wide receiver playing on defense. With any improvement, they should make it there again. The Packers have the probable MVP, a great home-field advantage, and a defense that can hang with the other playoff teams in the NFC. 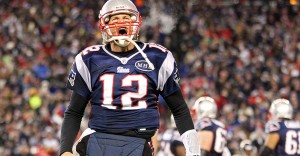 I predict Tom Brady and the Patriots will win their fourth ring in the last few years. New England has the tools to win, and will put it together throughout the season.

This is how I see it, which teams do you have in the Super Bowl this season? Can the Giants repeat? Who do you think can surprise this season? Let me know what you think below!

Admin Note: What’s up everyone! The SBM Pro Football Pick ’em league is back! Click HERE to join!  Group ID# 56057 and the Password sbmdotorg Pass The Message!!! NFL Back!! – Streetz

previous Happy Labor Day! Crack some crabs or crash a BBQ!
next 90210: How A High School Mentality Can Ruin A Relationship