Home Featured How Do You Stay True To The Game And Your Friends Of The Opposite Sex?
Featured
Men
Women
Women's Relationship Advice
September 7, 2012 Dr. J 57

How Do You Stay True To The Game And Your Friends Of The Opposite Sex? 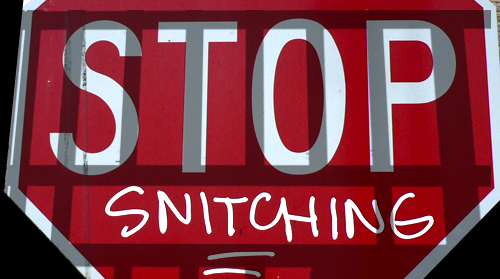 The majority of my friends are women. I have a close knit group of guy friends, enough frat brothers to fill Noah’s Ark, and a lot of male family members, but the majority of my friends are women. Regardless of that fact, I’m still a strong believer in staying true to the game, or the G-Code. However, this causes some problems because when I breakdown what this means to women in my life, they always disagree with my stance. Therefore, I thought I’d take today and breakdown how to stay true to the game, but also true to your friends of the opposite sex.

No freebies. You must put in your own work in around here.

I believe in the sanctity that a man or woman has the right to be caught fair and square. This means that I cannot aide and abide in any covert operations or serve as an informant for the detriment of man’s hustle and bustle. Have there been times when I’ve seen a boyfriend of a female friend doing something questionable? Yes, but it’s not my job to put in work for her. The most I can do in that situation is what I like to call the, “What up my dude” glare. That’s where I make it a point to go dap up the brother, but outside of that, I don’t say anything. Not my place.

I can’t share details of the male psyche with people outside the family.

There are certain similarities in the way all men think. Women have their ways and so do men. Whenever a female friends asks me, “What do you think he’s thinking?” I’m forced in between a rock and a hard place. 99% of the time, I know exactly what he’s thinking, but it’s not right for me to share that with you. Is he all that into you? I don’t know. Does he think you’re The One? I don’t know. Is he just trying to have sex with you? I can’t tell. Does this mean he probably has a girlfriend? Not sure about that. If the Bougie Black Girl’s favorite quote is, “delete, delete, delete.” Then the True to the Game Black Man’s favorite quote is, “deny, deny, deny.”

I can’t share details of the people’s psyche with people outside the family.

They are rare occasions when these female friends of mine are not Black women, but they are dating Black men. I can’t lie, I hold my tongue a lot in these situations because it’s never okay to let folks outside the family know how we think inside the family. Even though Black women fall for these tricks like everyday, they still have some generational experience and genetic intuition when they’re dating a Black man who is up to his antics. I had a friend who was dating a guy who was staying with his baby mother, who is also his ex-wife, whom he has kids with, because after the split and child support he needed time to save for his own place. My reaction, “Damn, that’s the struggle.” However…

I would really hate it if it was done to me.

“Snitches get stitches.” Real talk. I’ve been falsely accused of things because of another man snitching or sharing his insights on my actions that he thought might mean I was out of pocket. #NoPillowTalk in 2012, four more years! Moreover, than my personal experiences with being betrayed by other men, it’s that I would hate if someone did something like that to me. It’s called the birds and the bees for a reason, we’re not supposed to know every little detail about each others’ psyche or game. If that was the case, there would be no point in playing the game. Do men keep in contact with a few of their exes (or women they used to sleep with)? Sure, happens all the time. 99% … enn… 75% … enn … let’s just say, at times, it’s completely harmless. If I was in that position, I wouldn’t want another man running off to my lady saying, “Hey you know Jay is still mad close with his ex, right?” Like seriously, wth?!

There are a few situations that warrant an exception and I have to violate on behalf of my female friends. They are in no particular order when…

Have you ever had a friend breakdown their approach to a situation and your reaction was somewhere between extreme laughter and the blank stare of death? Those times when it’s almost the dumbest thing you’ve ever heard in your life, it’s cool to break G code. I read an email the other day from a reader who wants to know if her husband is cheating on her and she said, “The reason I know that he’s been unfaithful is that recently I’ve noticed that he stays away from home longer than his job asks of him, I’ve seen emails in his account with other women that are flirty and sexual in nature, and recently after my last visit to the OB/GYN, my doctor informed me that I had contracted HPV. I feel uncomfortable bringing this up to him because I haven’t caught him redhanded.” I’m sorry bruhs, I have to break G-Code and tell my homegirl what the deal is.

It may in fact result in bodily harm.

Along those lines, homeboy if you’re burning, I’m allowed to tell my homegirl not to sleep with you.

She’s not in her right mind.

In the circumstance that my homegirl is extremely drunk, extremely high, or mentally unhealthy, as a friend, I have the right to step in on her behalf. Keyword here is “extremely.” All of my friends know that I believe in free will and if you got yourself drunk, I can’t be responsible for figuring out if you would or would not have made this decision sober. However, if it is obvious that you are not in control of yourself, it’s time I step in. I know this one is controversial for the fellas and I’d take that fight any night in any club or establishment in America. First of all, I don’t agree with sleeping with drunk women anyway, it’s a recipe for getting Kobe’ed. But also, how am I going to explain that to the rest of my friends when they ask me, “why’d you let her do that?”

See Also:  You've Got Some Splainin' to Do: How Social Media Complicates Relationships

I already know that the reaction to this will be interesting. I also know that it doesn’t go both ways. Your homegirl will tell you almost immediately when her intuition goes off that something is off with the woman you’re dating. I haven’t even been able to shake a girl’s hand before some of my close friends have concluded, “That girl is a hoe.” Neither her or I know this woman, but my homegirl knows she’s a hoe. They don’t want to see us hurt, but neither do men. We’re not trying to put you positions where you get hurt, but we’re not trying to let you cheat off our exams either. If we do that then we give away precious jewels of knowledge that we spent years in the “He-man Womun Haters Club” learning. Moreover, we create an environment where you haven’t learned the knowledge, you’ve just been given the answers. What’s going to happen the next time when I’m not around to catch you from falling?

tags: g code Snitching true to the game
previous 5 Steps to Approaching a Woman
next SBM Sports: A Look Ahead To The College Football Season feat. @MrGetItOnJones