The Newest Form of Exploitation in College Football 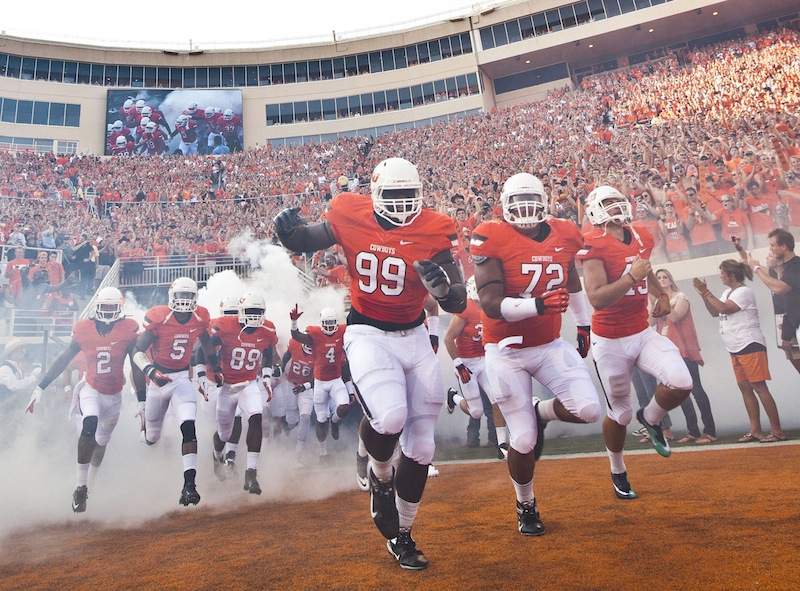 For most students, the price of a college education equals tuition, books, a roof over your head, and a meal plan. Small football programs across the country are using their student-athletes to work up a new equation: a few huge blowouts, some (hopefully minor) injuries, and national embarrassment equal a balanced athletics budget. Typified by Savannah State, an HBCU that lost their first two games 139-0 combined, small football programs routinely sell out their students for a big check from major universities during meaningless early-season games.

Savannah State was spared by a lightning storm and a running clock; or the beating could have been worse.

For the major football programs, these games are glorified exhibition games allowing them to tune up for the real games later in their schedule. For the small schools, these games are financial windfalls that help the athletic program survive with an otherwise shoestring budget. This is the very definition of a business transaction, and not too dissimilar from a hundred-dollar-handshake in the Champagne Room. We frown on exploitation in the latter case, then why turn a blind eye to it on the football field? Small schools like Savannah State don’t belong on the field with top 5 teams. Here are my solutions to restore balance:

This is a solution for both sides. The college football season kicked off with a highly anticipated game between the Alabama Crimson Tide and Michigan Wolverines in the Cowboy Classic in Dallas, TX. For the trouble of being destroyed 41-14, Michigan was paid a reported $4.7 million. Not nearly as much as the $650,000 they paid to UMASS this weekend to pay their beatdown forward. While every matchup won’t be this big, or pay this well, more major programs

should schedule matchups like this early in the season.

See Also:  Women Are Right: Men are the New Ball and Chain

For one, they will make money rather than spending it for cheap wins. They will also help raise the profile of college football overall. While the sport wouldn’t seem to need the boost, how many people watched Michigan take on UMASS? Or LSU take on Idaho? The more marquee matchups teams create, the more viewers and sponsors they will attract, and the more games like this will pay in the future.

For small schools, there is some novelty (and cash) there for them as well. This past weekend, Cleveland Browns Stadium hosted the Cleveland Classic between Morehouse and Winston-Salem State University. The entire weekend attracted thousands of spectators who wanted to watch the game, the battle of the bands, or simply reconnect with alumni. There are ways to attract positive attention to your school instead of sacrificing your students to slaughter. Athletic Directors at small schools should be more creative and take advantage of these opportunities.

Don’t Count These Games Toward the Win-Loss Record –

See Also:  He Said He Wasn't "Looking for Commitment" But Then He Got Married 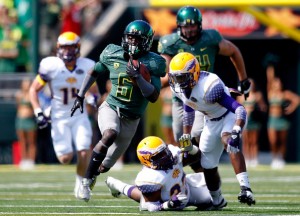 Since these games were scrimmages, they should be treated as such by the NCAA. The inflated statistics shouldn’t count, the Ducks should still be 0-0, and Oregon shouldn’t be allowed to receive any votes in the major poll rankings (thus keeping them in contention for the National Championship). Why reward them for practicing? Oregon, and all major teams who begin their “season” with exhibitions, should start their march toward the postseason when their actual schedule starts; with real games.

This solution could go two ways: either every team takes the first few weeks off and no one gets an advantage, or a few schools schedule worthy opponents and earn a huge leg up in the national title hunt. With the high stakes (and huge contracts) tied to competing in postseason bowls, I believe most coaches would fear being left behind and make a real schedule. 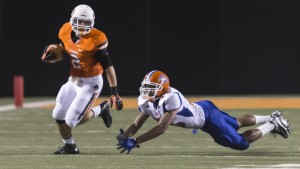 As simple as these solutions are, they would go a long way to legitimizing the college football schedule. The result would be more competitive games and less ridicule/exploitation of small college athletes. I am not naïve enough to think of NCAA football as the haven for amateurism and spirit of competition it purports to be. It is a billion-dollar business that thrives on thousands of unpaid workers. There are things teams could do to at least make it a fair fight.

The Athletic Director at Savannah State seems to see no problem as long as the checks clear. Yet he was not the one out there being humiliated or suffering one of the two “mild” concussions he brushes under the rug. Mr. Steward, like many officials in affiliated with NCAA football, has either forgotten or never knew what it is like on the other side of this lopsided system. It seems $860,000 is the right price for the dignity of his players.

What do you think, SBM Sports fans? Do you have a problem with the current set up in college football? Should small football programs keep using their athletes as punching bags for a large paycheck? What if there were a better option? Let me know what you think below!

previous Sex Is Better Than Love?
next A Real Hero - Redefining American Exceptionalism