Home Featured How to Get Your Michelle Obama On in Relationships
Featured
Relationships
September 20, 2012 Slim Jackson 1

How to Get Your Michelle Obama On in Relationships 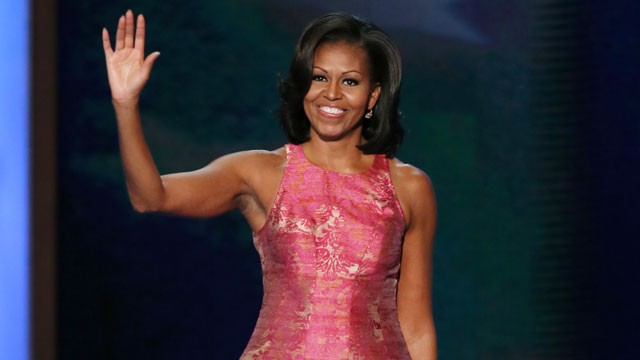 There’s been a lot of talk about how a good number of Black men don’t want or can’t handle a woman like Michelle Obama. Let me just tell you that I’m calling bull droppings on that one. The truth is that good Black men do want a Michelle. What you see from a noticeable number (yet still a minority) of Black male celebrities in the media (and in certain hoods) would have you thinking otherwise.

But, if a woman is looking for an educated man that understands the importance of pursuing his passions and having a partner on his level, she’ll see that there are a lot of us that don’t aspire to go “elsewhere” to find love. We just want someone that believes (something close to) what we believe, and inspires and supports us to be better men. If you caught Michelle’s speech at the Democratic National Convention, you probably cheered. Maybe you even shed a tear. If you saw the picture of Barack, Malia, and Sashasitting on the couch while Michelle gave what some believe to be the best First Lady speech in American history, you probably cheered even louder.

And if you’re cheering for a good man and love the FLOTUS, then here are five things you can do to get your Michelle Obama on.

I mean … does this not speak for itself? To be in a lifelong relationship with a highly successful and recognizable man, you have to be confident. We wouldn’t have it any other way. Everybody, unless suffering from some detrimental ailment, knows who the President is. Your man most likely won’t be the president. But if he’s good at what he does, has baby kissing and smiley faces as part of his regular routine, and meets a ton of women on a day to day basis, you have to possess the capacity to not flinch or question. That’s one aspect of it. The other is appearance.

Everything about Michelle’s appearance exudes confidence regardless of whether or not she’s standing next to her man or with her family … or the fierceness of her dress. Posture matters. Be aware of how you’re carrying yourself. That includes simple stuff like dragging your feet and having Lurch shoulders.

Click here to read the rest over at UPTOWN Magazine.