Home Featured The 10 Best Jay-Z Features of All Time
Featured
September 27, 2012 The Mighty Most 26

The 10 Best Jay-Z Features of All Time 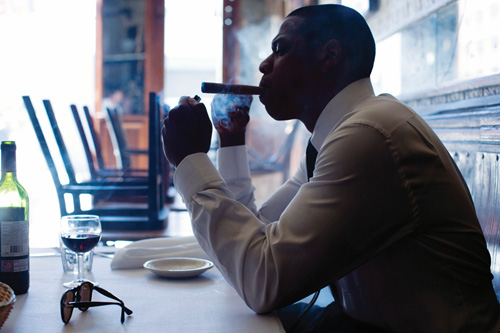 Anyone who knows me know that I have an encyclopedic knowledge of the musical catalogue of Sean ‘Jay-Z’ Carter. I’m ashamed to admit it – but I probably quote Jay-Z lyrics more than I quote the bible. I’m the type of Jay-Z fan who’s never read the second half of Decoded because after reading the first half I realized I wasn’t learning anything new and could probably write the rest myself. There was a time when being this kind of Jay-Z fan put you in rare company, but over the last half decade, it seems being a Hov scholar has gone from niche to not-so-rare. And with the knowledge of Jay’s greatness becoming more and more an accepted fact of life, the typical sort of debates keep popping up. We always see lists like “50 Best Jay-Z songs of all time,” “10 Best Jay-Z verses of All-Time,” “Ranking Jay-Z’s from Best to Worst.” Those are all cool… but anybody can create those. Today I want to start a discussion around the 10 Best Jay-Z features of all-time.

1) Jay-Z cannot be the primary artist on the song.
2) The song cannot have appeared on a Jay-Z album.

This is probably the most #FakeGreat Jay-Z verse of all time… but, as a feature, it still knocks. The level of expectation around this song was tremendous. It was Badboy’s first major release since BIG’s death and Diddy’s first semi-solo project. When you picked up  the No Way Out CD from your local record store, flipped it over to the back with the track listing and saw a song called Young G’s that featured BIG and Jay… you were hyped. And while Jay sorta delivered with his typically impeccable flow and not so typical serious tone, I’d be lying if I said I was at least a little disappointed by this joint. Still.. it goes hard so it makes the list.

“And I told my n*gga BIG I’d be multi before I die. It’s gon happen whether rappin or clappin have it your way cuz if that’s my dough you’re trappin, I’m clappin your way.”

Can’t tell y’all how much time I spent trying to explain to my (at the time) non-believer friends what Jay meant when he parralled the classic 80’s television show Dynasty against one of history’s greatest real-world dynasties The Ming, as a means of showing us all the difference between how he thinks, and how we think. This song was one of those moments where Jay really anchors a song and takes something that would have otherwise been a throwaway and turns it into something that can stay on your all-time playlist.

Frontin came out at a time when the burgeoning relationship between Jay-Z and Beyonce was still something the two wouldn’t admit too. When this dropped – it killed a lot of the speculation as Jay essentially outlined their relationship in one of his quickest but most potent verses. It was at this point that we all knew what it really was.

“Every time your name was brought up I would act all nonchalant in front of the audience like you were just another shorty I put the naughty on but uh… truth be told, you threw me for a loop…”

Speaking of Beyonce and Jay-Z, of all of their many collaborations, Upgrade You is the best. What separates Upgrade you from some of the other Jay-Z/Beyonce collaborations is that it’s a dope song even without Jay. Crazy in Love was dope, but would you really listen to it if not for Jay. Same thing with That’s How You Like It and Deja Vu. Besides that – Jay’s verse kills. Jay’s flow is almost always dope but his ability to ride such a complex beat so effortlessly — while actually saying something — is what separates him from most other rappers. Also love the video for this joint. You may remember that around the time this song was out the rumor was that Jay and Bey were on their way toward a break up. They clearly played on those rumors by having Bey mime the first half of Jay’s verse. Well done.

See Also:  Girl Talk: I Refuse To Call Myself “Light-Skinned”

“I’m talking Spy bags and fly pads and rooms at the Bloomberg and rumors you’re on the verge of a new merge, cuz that rock on your fingers like a tumor, you can’t fit your hand in your new purse…”

This is one of those verses that you have to listen to a few times to catch all the nuances.

“If the war calls for Warhols, hope you have enough space on your halls walls.”

“I’m talking Spy bags and fly pads and rooms at the Bloomberg and rumors you’re on the verge of a new merge, cuz that rock on your fingers like a tumor, you can’t fit your hand in your new purse…”

This is one of those verses that you have to listen to a few times to catch all the nuances.

“If the war calls for Warhols, hope you have enough space on your halls walls.”

“Can it be the same one on covers with Warren Buffet, was ducking the undercovers, was warring with motherfuckers. Went from warring to Warren, undercovers to covers if you believe in that sorta luck your screws need adjusting.”

“Talkin you got a man. Ok ma, and? That’s high school making me chase you ’round for months, have an affair act like an adult for once…”

So there you have it. My list of the greatest Hov features of all time. Time for you guys to chime in … what did I miss? What did I rate too high or too low? Do share.

-->
View as one page
tags: Best of Me pt 2 jay-z Jay-Z Features kanye west Mya
previous Michelle Obama and Ann Romney: The Women Beside the Men
next Domestic Violence - An Indiscriminate Social Affair