SBM Sports: The Highs (and Lows) of the NFL Season So Far 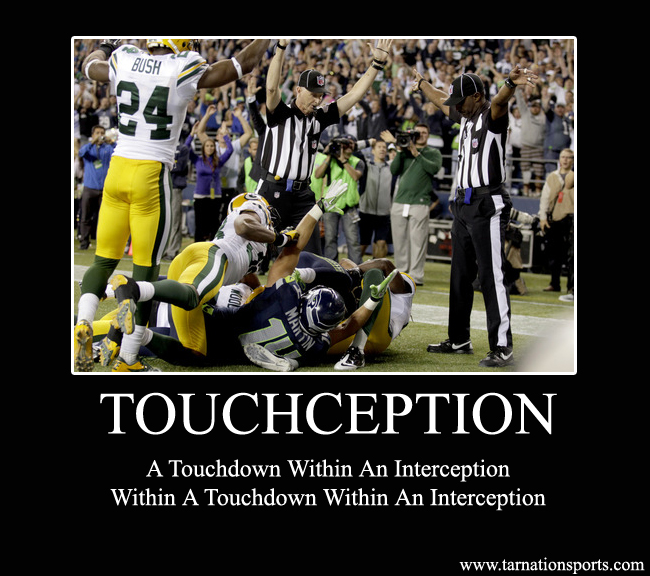 Now that the NFL Season is rolling, we can take the temperature of the league to see where we stand after a few weeks. I warned against the tendency to overreact after one week, but we have a few weeks under our belt now and some trends/headlines are developing. Here are the biggest stories of the NFL season so far:

The Saints may be the worst team ever

Not really. But I couldn’t have had this more wrong. The Saints already have 4 of the 5 losses I predicted for them, and two of the 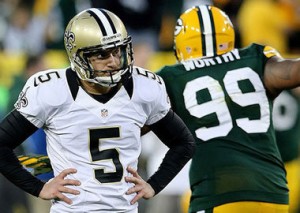 teams who beat them haven’t beaten anyone else! The Saints’ struggles so far have taught us a few things: it’s hard to win with an interim-interim-Head-Coach, Drew Brees is great but can’t make up for a total lack of a running game, and not even the real refs could deliver a win to New Orleans. Speaking of the real refs…

We have always hated refs, real or replacement, remember?

The “Fail Mary”, as it has been called, was the lowest point in an increasingly hostile situation with the NFL replacement officials. The interception/TD-catch call gave Seattle an undeserved win and ended the referee lockout in one fell swoop. Three weeks of replacement officiating had several ramifications. Player safety was in jeopardy as the replacements failed to enforce rules designed to prevent injury. The most serious example being the illegal yet un-penalized hit on Darrius Heyward-Bey. Also, the pace of games was choppy and frustrating due to seemingly endless on-field meetings while the replacements figured out what call to make. 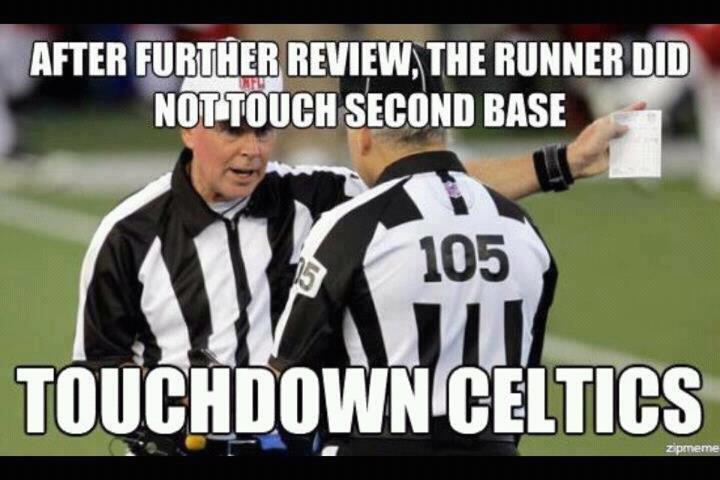 There were some advantages to having replacements though. First, we got an endless number of internet memes to laugh at on Twitter. I mean, this is hilarious.

Second, Roger Godell, who apparently sees himself as some sort of Sadam Hussein/Judge Mathis/Napoleon hybrid was embarrassed into conceding and settling the ref lockout. This led to another hilarious meme of Godell as Vince McMahon. Win/win!

The Detroit Lions are who we thought they were 🙁

My beloved Lions are terrible again. The Lions have added horrible Special Teams and a so-so offense to their horrible defense from last season. The sum of these yields a familiar sight: the Lions at the bottom of the NFC North.

After giving up a punt and kickoff return for a touchdown two weeks ago to the Tennessee Titans, the 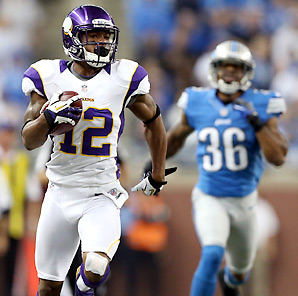 Lions got right to business this Sunday by allowing Percy Harvin to run 105 yards untouched on the opening kickoff. The Lions then gave up a punt return in the third quarter…it was really fun rooting for a professional football team last season.

The Lions have Philadelphia, Chicago (and Devin Hester), and Seattle (and Leon Washington) coming up after their bye week, so things could get worse before they improve. And of course Head Coach Jim Schwartz is sticking by the Special Teams Coach. I’ll be writing about this in another four weeks. Stay tuned.

New England is still my pick for the Super Bowl

Despite their 2-2 record, I am sticking by my pick of the Patriots as Super Bowl champions. Their two losses are by a combined three points and each could have turned on last-second field goals. I’m still not sure the field goal that beat them in Baltimore should have counted. The decision was essentially a coin flip that went against New England.

Losing to the Arizona Cardinals on a missed field goal of their own seemed like a much worse loss when it happened. Arizona is currently 4-0, and undoubtedly a surprise to everyone. The Cardinals have no quarterbacks or running backs, yet they are undefeated. Try to figure that one out. 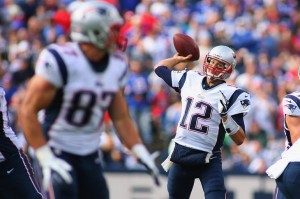 The Patriots’ performance this weekend was very encouraging. The offense was (finally) clicking, and the defense was solid. Looking ahead, the Patriots won’t be seriously challenged until December. They have mildly interesting games against Denver and Seattle coming up, but based on what each team has done this season, the Patriots should come out ahead. If Tom Brady and Co. can go on the run I predict, they will be red hot at the perfect time and may have locked up their division. The Bills, Jets, and LOLphins are somewhere between “eh” and awful.

1) Alfred Morris, 2) the Atlanta Falcons continuing their run as the Kings of the Regular Season, 3) He’s not a pro, but Geno Smith for President!

This is what has caught my eye thus far in the NFL season, what about you? Who has surprised you thus far? Have you changed any of your preseason predictions? Hit the comments below and let me know!

tags: NFL sports Week 3
previous Do Men Settle Too?
next How Committed Are You in Relationships? Maybe Not as Much as You Think.