Home Featured Pans Will Get Her Bands: Is A Woman’s Cooking Ability Important To Men?
Featured
October 4, 2012 Jeff J. 45

Pans Will Get Her Bands: Is A Woman’s Cooking Ability Important To Men? 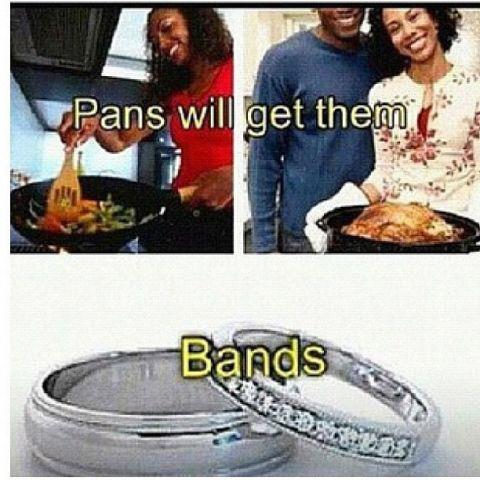 Earlier this week, I was checking out the SBM Facebook Page (which you should too, like ASAP). If you enjoy the comments here, you’ll love the conversations we start there too. Anyway, our social media master @TheSUNK posted the pic above on the page and the debate began. He asked the question: “Is a woman’s ability to cook still of importance when it comes to getting married?”

Obviously, many people had their opinions, and I wanted to give my perspective and bring the debate to the readers here. I won’t limit it to just marriage (because I’m not married) so I wil talk relationships in general.

*deep breath* *checks over shoulder* *performs sign of the Cross*

To me, cooking is just one piece of the puzzle. It’s not the most important thing in the world, but it does hold significance. I personally grew up in a traditional two parent household, then in a divorced single parent household (don’t want to call my mom a “single mom” because that would inherently negate my father who was in the picture too). Mom did the cooking and working and dad did the working, buying and eating. The women in my family could all throw down in the kitchin. In my development, I not only expected women to be good cooks, it was normal to me. I thought women were born with a mutant cooking abilitiy that just made them champions of the kitchen. At the same time, a majority of the men in my family either a) didn’t cook or b) made struggle food. I didn’t see the need to occupy the cooking area, because I didn’t want to mess up the women’s flow. Plus if you can’t do something right, you find someone who can, right?!

See Also:  The Problem of the Inflated Black Male Ego

Another point to raise is that traditional cooking mothers rarely stress the importance of cooking to men. Yes it’s a generalization, but I speak based off of experience. You are bred to find a woman who can take care of you in the kitchen, while you as the man hold her down with financial and residential security. I can’t remember if my mom ever told me that I should be able to cook for a woman in the same way she cooks for me. In fact, I know she didn’t. I believe her lessons on men cooking were more on the “learn how to make some foods for yourself so that you don’t starve out there or always have to buy food” side of thinking. Mom if you’re reading, don’t make it hot in the comments section. 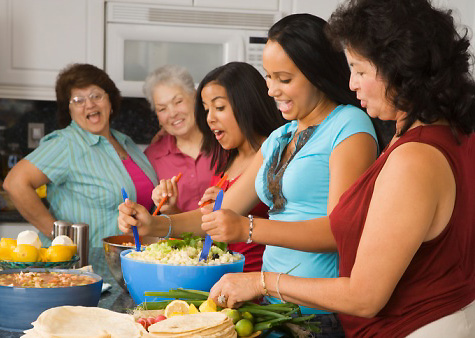 So, traditionally, it was ingrained in me that cooking was a trait necessary in a woman. As I got older, got into relationships, and just became observant of the world around me. I realized that things weren’t as clear cut as I believed. Societal norms changed. More moms were pioneers and leaders in the work place. You have two professionals in relationships, and the woman’s time to do the Suzie Homemaker duties was more limited. She was getting overwhelmed, and because women are built for toughness of the house/work balance, they can get it done. A man who can help around in the kitchen is a plus to them, and he can help alleviate those daily burdens. You also have a shift in thinking where women, who may not have expected men to cook in the past, now look for it and in some cases demand it! Not to mention the harsh reality that there is a decent amount of women out there who burn water. Every woman CAN’T cook well. So what if a man falls in love with a culinarily deficient woman? If you love a woman who can’t cook, I hope as a man you can cook for the both of you. Maybe signing up for cooking classes is an option too.

See Also:  4 Ways to Cheat Your Way Out The Friend Zone

I think men should expect a woman to at least have a baseline cooking proficiency. It’s what I know based on my upbringing and experiences. Is it a deal breaker? They say the way to a man’s heart is through his stomach. Some women can get there in a Lambourghini, while others use a Hyundai or opt for the subway. It’s up to the man to determine which method of transportation works best.

FELLAS: Whats your take on the topic? Is it more traditional or modern? Have you dealt with a cooking impaired woman?

LADIES: How important is your cooking ability to a relationship? What’s your cooking expectations for men? How does your background/upbringing factor in?

Bring me a sandwich while you’re reading this please,

previous Strange Fruition: Finding My Own Truth in Lupe Fiasco's Lyrics
next Living in a Bubble: A Conversation on Culture