Living in a Bubble: A Conversation on Culture 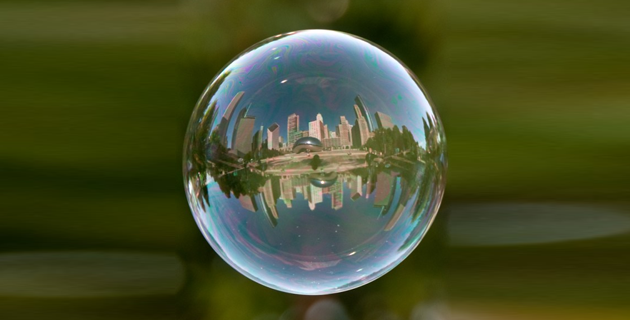 “You don’t know who Prince is?” Jonathan asked.

Tania tilted her head before replying. “I’ve heard of him. I don’t know any of his songs.”

I chimed in and would lead the conversation the rest of the way. “How old are you again?”

Jonathan and I laughed.

She paused, typed a few words at her computer, then turned to us. Something was on her mind.

“I’m glad I didn’t grow up in the United States like you guys. You’re so narrow-minded.”

Even though she didn’t look upset, her frustration was evident in her tone. My curiosity was piqued, so I made a little inquiry.

Tania’s normally pretty quiet, but I knew she was about to say more than a few words. And she did.

“You guys expect everybody to know what you know, like what you like and think how you think. There’s more going on than what’s happening here. There’s more to life than what’s happening here and the things you think you know. There’s music you’ve never heard, people you don’t know and traditions you’ll never be able to appreciate. And there’s nothing wrong with that. But I bet you never think about those things because you think that what’s relevant to American culture is all that matters.”

I parsed for the right words, but my efforts were futile. I just blinked. Twice.

See Also:  The Dark Side of Fairy Tales: Influence on Men’s Perception of Women and Themselves

“I feel like I have a better appreciation for a wider range of things because I grew up elsewhere. I also don’t expect everybody to love what I love or experience what I’ve experienced. I feel like that’s a gift. You know? I don’t feel like I ever have to tease or question people about what they don’t know.”

“As you should be. We’re just joking with you though. No offense intended.”

“I know you mean no harm, but I go through this all the time. There’s nothing weird about not knowing everything that born and raised Americans know.”

“You’re right. There’s a lot I don’t know myself.”

What was interesting about her response was that she spoke to me as an American — not an African American. Her comments weren’t directed to what she perceived to be the narrow-mindedness of Black culture. She was talking about something larger, something greater. Something that pertains to the majority of us regardless of how and where we grew up. Maybe I couldn’t connect with her about Purple Rain, but I understood where she was coming from. I understood the frustration.

Though a little different than our conversation, I thought about my encounters with people that love to flex their knowledge and demonstrate how “cultured” they are:

See Also:  Can You Actually Breakup With Someone When You're Not In A Relationship?

“You never heard that?”

“You never seen that movie?”

I remember a couple years ago (well, it seems like a couple years) when I made an attempt to learn R&B from its roots. I was tired of people talking about songs and artists I didn’t know. I was tired of having to explain how or why I didn’t know the words. That catch-up exercise lasted a couple months. Then I was back to listening mainly to hip hop — a field I also don’t claim to have any expertise.

I had to accept that I wouldn’t know everything about music. I wouldn’t be able to connect with some people on that level. That was fine. I’d just have to look for other common points.

I also found myself thinking about the way I view black culture and our shared experiences when talking to someone white. Someone that claims to “get it.” Or in some cases, someone that frustrates me because they don’t. Once again, I know that’s a little different than the dialogue I had with Tania. But I’ve had my moments where I found myself thinking “There’s more to us than what you see on tv. We have a culture that runs deep and weaves through generations. Our history is rich. We know a lot more about a wider range of things than you think. But you can’t appreciate that because of the little bubble you grew up in.”

See Also:  You Ruined the Fatty: The 21st Century Version of The Star Bellied Sneetches

Looking for a common thread between us, I asked Tania about Michael Jackson. She knew his music well. She recalled growing up and hearing her mom play his songs and sing along even though she barely spoke English. He was a part of Tania’s childhood like so many of ours. So at that moment in our discussion, we found a common experience. Something that unified us in a greater culture.

Let me out of here,

tags: culture living in a bubble
previous Pans Will Get Her Bands: Is A Woman's Cooking Ability Important To Men?
next Who Cheers For the Other Woman: Olivia Pope, Kitty O’Neil and Ornamental Women