The 10 Real Reasons Nicki Minaj and Mariah Carey Are Beefing 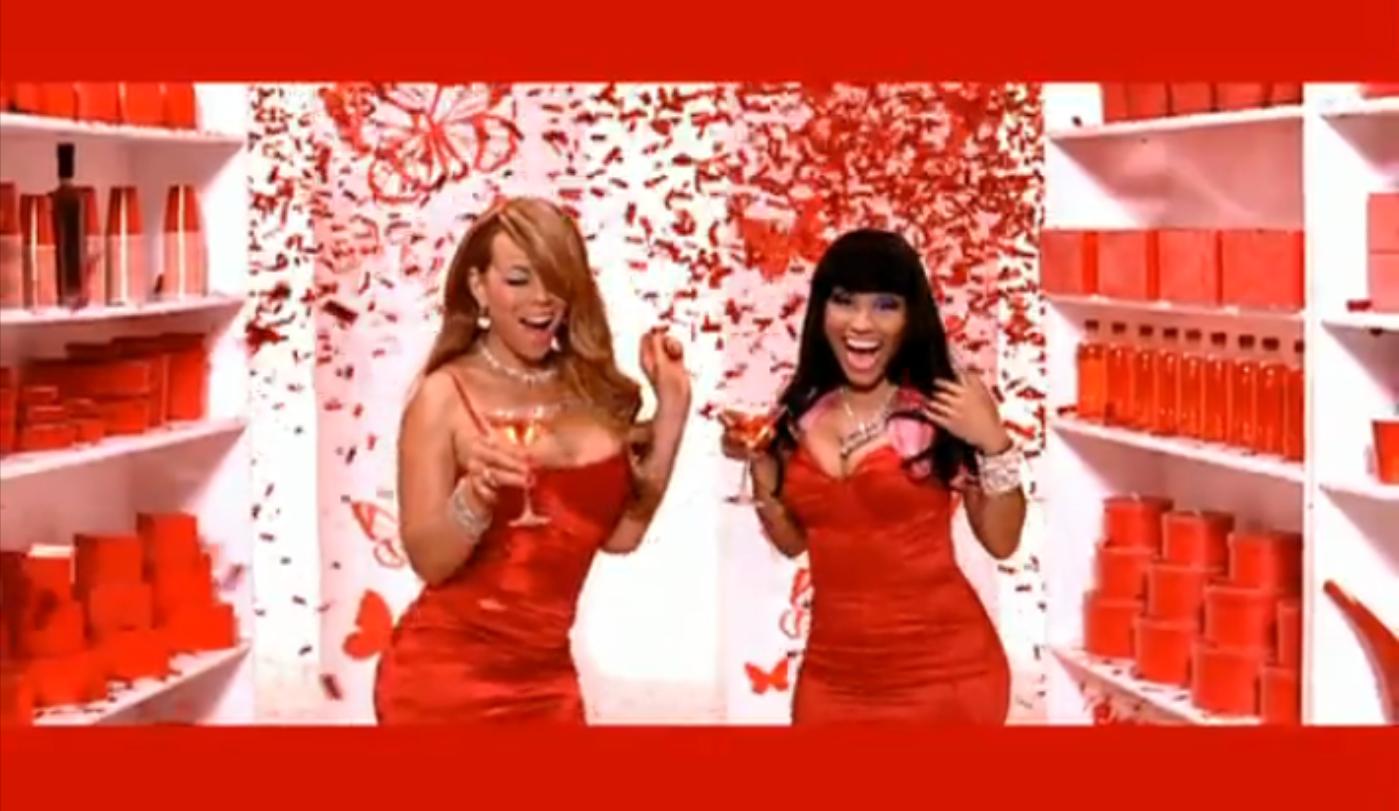 I’ve been on mental vacation since my birthday earlier this week. With the exception of watching Gunplay from MMG get thrown around like a ragdoll, I haven’t paid much attention to any news in the Entertainment business. I had two choices today on what I wanted to do for my humorous post on Friday. It was between “Chris Brown be winning” and “Mariah Carey and Nicki Minaj beef.” Now, Chris Brown do “be” winning, but it’s never “winning” to talk about that; especially on a site that has such a large female readership. Therefore, I came up with a list of Ten Reasons Why Nicki Minaj and Mariah Carey are Beefing, check it out.

1. After the release of Rainbow in 1999, Mariah Carey purchased the exclusive rights to the color, pink. Nicki Minaj’s hair is pink. Mariah feels she’s entitled to a royalty check. By royalty we mean that Nicki must curtsy each time she enters the room with Mariah and refer to her as “Your highness.”

2. Despite the rumor that Eminem had an affair with Mariah Carey it turns out it was at this time that “Roman” had an affair with Mariah Carey. This now clears up any confusion about what exactly, “Roman’s Revenge” is about. The side effect? Nicki suffers from multiple personality disorder and every 30 minutes she turns into “Roman.” Roman is upset that Mariah stopped calling him after the affair.

See Also:  Could You Wait Until Marriage for Sex with a Non-Virgin?

3. Mariah Carey reinvented herself and career with her hit single, Honey. The song features, The Artist Formerly Known as Sean ‘Puffy’ Combs. We know him now as, Diddy. Diddy is Nicki’s former manager but did not sign her to Bad Boy. It is essentially his fault that she’s stuck on Young Money with a martian and emotional wreck of a woman named, Aubrey. Diddy and all his friends must die.

4. Related to #2, and somewhat #1, Mariah Carey was the first R&B singer, first female R&B singer (Prince was the first to do it) to consider herself something other than herself. Most people don’t know this, but Mariah is actually an R&B singer as well as a Butterfly. Since Nicki is choosing to have multiple aliases and personalities, Mariah feels she should be given a royalty check. By royalty check, we mean…

-->
See Also:  The Funniest #DrakeAlwaysOnBeat Memes You Need To See!