Thoughts of a Twenty-Something Turning a Year Closer To 30 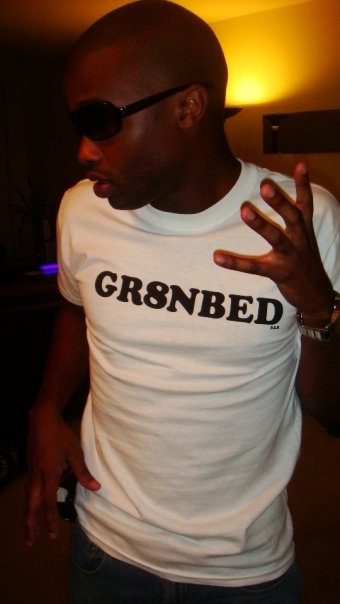 Many of you may or may not know this, but last week I celebrated yet another birthday. I’m not 30, but I’m no spring chicken anymore. In a week filled with reflection, I came to some conclusions about life. I decided to take time away from Twitter and Gmail and check out so that I could be alone with my thoughts. That’s why, why I had no clue that Nicki and Mariah were beefing, Chris Brown broke up with his girlfriend, or that Diddy got engaged. After a while, I realized that while I should have been updating my two, five and ten year plans, the only results I had to show for myself is that I had finally seen every episode of How I Met Your Mother. That’s when it occurred to me that I should probably set my mind on a special project for myself and that would get the juices flowing.

That didn’t work either. The only results that yielded were a clean house, room and I finally did that commonly overlooked and pesky task of actually cleaning in those places people don’t look too often. You know like not just cleaning the coffee table, but actually the undercarriage of the coffee table as well? Yeah, those places.

Then the weekend came… and when I woke up on Monday and finally made my way out of bed and onto my couch for recovery, I had some reflections about just what turning a year older meant for me.

I most certainly cannot party like I used to.

I went to school in Upstate, NY. Let me give you a run down of what it’s like in Upstate, NY. It’s cold, it’s gray, it snows a whole lot and they don’t shovel a damn thing. What did we do for fun in Upstate, NY? Party, drink, and … well, you know. The younger version of myself could wake up around noon, pound beers, throw around the football, take shots, hit the bars around 11, party until 2, and then go back to “the house” and keep partying until the “punch” ran out around sunrise. Even in my early twenties, I could hang out in the club until 4AM, hit The Diner after the club and still wake up in time to make bottomless mimosas at brunch. Here’s what I learned this year; my ass has no business drinking for longer than three to four hours at any given time without a nap and steak dinner. When you’re young, you can drink from noon until 4AM, when you’re my age, you will be sleep at around 8PM… for the night.

I have absolutely no patience for young and immature people.

I’m not some guy who prides himself on being serious all the time, or always well behaved. We all have our moments when we act out. However, I act out like someone who is in their late twenties. I do not have the patience for the young and the restless. I can’t deal with the loudness, unnecessary attention, inability to be punctual, inability to pay attention, fighting, vomiting, looking a hot mess, etc. I can’t deal with any of it. I hate to think that I used to be that person. I am not one of those people who makes light of those with A.D.D. or A.D.H.D., so I’ll just come out and say it, when I was younger I didn’t know how to sit still or keep a thought longer than a NY minute. As I turn a year older, being forced to keep the company of people like that, I’ll have to respectfully pass.

I really don’t have any excuse for screwing things up in my dating life anymore.

This was a conversation I had with my dad about a week ago. We sat down to talk about women and I told him, that by the age of 25, you’re pretty much at a point in your life where you know right from wrong. By the age of 27, you know when you’re acting like a jackass, irresponsible, or any of the other qualities that are filed under “reasons why he ain’t sh*t.” What I realized is that at this point, I’m smart and experienced enough to know that I don’t have to lie to anyone, I don’t have to play any games, and I don’t have to be a jerk to women. Moreover, I am fully aware when I’m doing those things. When you’re young, breaking up on Thursday and getting back together with your girlfriend on Monday, makes sense. When you’re young, trying to see just how far her homegirl is willing to go, seems like a feasible idea. When you’re young, spending a whole day with the boys trying to figure out an excuse for why you’ll need to skip out on meeting her parents, seems like a great plan. When you get to my age, you are well aware of the consequences of your actions and how they affect the women in your life. You may not be perfect, you may not be a good match, but screwing up is for youngins.

The current system in America penalizes my generation and the ones to come. In other words, “Deez people wanna hold me back.”

On a more somber and serious note, there’s one thing that really bothers me about America right now. We’re electing a new President and both candidates seem to be focused on middle-class Americans, boosting the economy, and providing for the less fortunate whether they be impoverished or elderly. One question, who in the hell is worried all of us with these student loans? We’ve bailed out Wall Street, the auto industry, we’ve given stimulus’s to the people, we’ve come up with free healthcare, but for the future of the United States, we’re being constantly held back by enormous amounts of student loans with no relief. In my opinion, it’s like to get anywhere in this country, you have to set yourself back. I’m aware that all of those assistance programs are needed, but selfishly, but rightfully so, I demand to know where my relief is. I’m almost nearing the end of paying off my student loans, I’ve only got a few more thousand to go. I think about how much money I’ve spent on these pesky loans and I’m just thinking, “You know what? I really could have used that money for something more worthwhile.” I struggle with contemplating going to grad school for an advanced degree because I just don’t want the student loan debt associated with the choice. I sympathize for those folks who have hundreds of thousands of student loan debt. Somehow, the system is failing us, those of us who represent the future of this great nation.

If you haven’t decided to stop smoking marijuana, turning a year older has the same effect. I simply just don’t give a f*** about a whole lot of stuff anymore.

When I was coming up, we used to say in jest, “All I got to do is stay Black and die.” We heard our old heads saying that to one another and we just emulated their behavior. Somewhere on the other side of 25 is a true understanding of what that really is all about. There’s a maturation that we go through with age that basically removes self-doubt and the need for acceptance from our bones. At this point in my life, if I don’t want to do it, I won’t. If I don’t want to buy it, I don’t. If I’m not trying to go there, I’ll sit at home until the Knicks win the NBA Championship. Then, when my actions seem to aggravate others because they can’t control me or influence me in the ways they used to when we were younger kids, I sit back and think to myself, “I don’t really care, so whatever.” As I’ve gotten older I’ve realized that I have to do what’s best for me and my loved ones; I’m not really concerned about anyone else. A lot of people elevate their friends over their family, their boys over their old lady, not realizing that sooner or later, everyone will move on. People will move to different cities, you’ll be in a new relationship, you may marry and have a family that takes precedence. I learned a long time ago that when the time came, I wasn’t going to be the one holding onto the dream, so I best put myself in a position to take care of numero uno. Once I did that, I felt a lot better and started focusing on my personal and professional goals a lot more. That was fulfilling, helped me to sleep at night when before I may have tossed and turned.

See Also:  The Jill Scott Nude Mishaps: Sexting and What You Should Know Before You Press Send

That’s pretty much the five main takeaways from my reflections from the time of my birthday until today. I really think that all of these are related to one another, but each one is important on their own. I’m not getting older makes you wiser, because I know some people who are younger than me who are much wiser, and I know some who are older who don’t have a lick of common sense. All I’m telling you is what I reflected on and what I think, that’s all I can offer.

previous Do Men Judge Women By Their Hair?
next Can A Man Ever Be Justified In Putting His Hands On A Woman?