On Monday, the campaign to reelect President Barack Obama released a new campaign ad featuring everybody’s favorite rapper, Shawn Jay-Z Carter. The clip, nearly two minutes long, features a suited Jay discussing how the divisive nature of our American political system has fueled generations of voter apathy amongst certain populations and how a great deal of that apathy was transformed with the election of Obama.

“For so long, there was this voice that was silenced out there as far as exercising your right to vote. I think it was a voice that was silent because people had lost hope. They didn’t believe that their voice mattered or counted. You know, we thought it was just politics – people going back and forth and at the end of the day, it never really trickled down to where… we live. Now people are exercising their right and you’re starting to see the power of our vote .”

A common refrain when singing songs in praise of Hov is one along the lines of  “it’s amazing to look at just how far Jay-Z has come.” And while that by itself is a true statement, I don’t believe it’s true for the reasons most folks believe. The general arch of Jay’s story has, over time, come to resemble the prototypical Horatio Alger ‘rags to riches’ tale. It’s not quite that simple.

The problem with that characterization is that Alger’s characters were noted for their hard work, perseverance and generally good nature. It is those stereotypically ‘American’ ‘values’ that fueled their ascent. And even in ascending, they were going not from, rags to riches, but from rags to middle class. What makes Horatio Algers’ tales so troubling is that underlying message always seemed to be that if you work hard and be a good person – you’ll make it.

And this is why casting Jay in the light … or Jay allowing himself  to be cast in this light, is a bit disconcerting. There’s a fine line between using your experiences honestly – to inspire others, and selling people a dream they are unlikely to achieve. Jay isn’t just someone who, through hard work and determination, found the key to unlocking his American dream. Jay is a capitalist through and through. He hustled, not because there were no other options – by all accounts he was a good student and could have excelled in the classroom had that been his focus. He hustled because by his young mind, the risk/reward cost/benefit analysis proved worthwhile. It was a business decision. 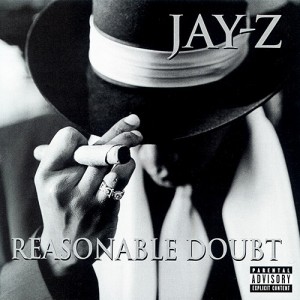 When Jay started rapping, it wasn’t because he had some sort of epiphany around social responsibility or that he’d been plagued by the guilt of contributing to his community’s destruction; it was a business decision. By the mid-nineties the crack game was starting to dry up and rappers he felt he was better than were making millions. Most folks think his first real ‘hit’ — Can’t Knock The Hustle — was him trying to explain to the mainstream masses why he’d been selling drugs. The reality is, that single was him talking to street hustlers, explaining to them why he’s decided to rap.

And in all his business decisions, the goal was never to just reach the comfort of American middle-class. Nah. Jay would ‘rather die enormous.’

To me the idea of America is that no matter who you are, what you look like or where you come from, you can make it if you try. Jay-Z did. He didn’t come from power or privilege, he got ahead because he worked hard, learned from his mistakes, and just plain refused to quit. That’s the promise of this country.

And now as he ages and reaches new heights as an artist, performer and entrepreneur, aligning himself with someone like Barack Obama – having the President of the United States speak highly of him in ads like this – is a business decision. It washes away much of what would be for many, the more unsavory aspects of his ascent and recasts them in the light of some universally achievable ‘American Dream.’

This isn’t to say that Jay is a villain. It’s not to say that Jay is this cold, calculating guy who’s done whatever he’s had to do to get rich. That’s not the point. Because while the moral relativism that has underscored much of Jay’s career – both hustling and rapping has driven much his success, he’s also been very consistent and honest about what is his primary motivation: the accumulation of wealth. And in that being his stated, purpose — Jay has avoided compromising himself. He’s done exactly what he set out to do. The fact that he’s been able to do this while maintaining a certain level of respect from the various circles he’s moved through is unprecedented. He’s still respected in hardcore hip-hop circles. Billionaires appreciate his entrepreneurial spirit. He still gets us all out our seats in the club and even the President seems to have bought in.

What is lost in over simplifying the nuances of Jay’s story in trying to paint him as one of Horatio Alger’s bootstrapping characters is the recognition of just how savvy and exceptional he is. It’s not as pretty a tale. It’s not tale that can replicated by anyone with a great work ethic and a solid moral foundation. Most people can’t be Jay-Z. Pretending that everyone has the ability to achieve anything close to what he’s achieved is dangerous because it dilutes our country’s responsibility to provide its citizens the equality of opportunity at the foundation of the American dream. It also ignores the near impossible situations many of citizens are living out. Jay-Z’s story is much more than the rags to riches tale he’s peddling these days.  It’s the unique story of someone who’s found a way to move and achieve in this America full of vultures; it should serve as an inspiration, not as a blueprint. And so while it pains me to see Jay moving away from the ideology of him being a complex, exceptional individual toward this ideology of universal American Exceptionalism … at the end of the day … I can’t knock the hustle.

tags: barack obama Campaign Ad jay-z President
previous The Blogger Life: 5 Ways Being a Blogger Can Really Screw Up Your Private Life
next Don't Call Me A Female!