Don’t Call Me A Female! 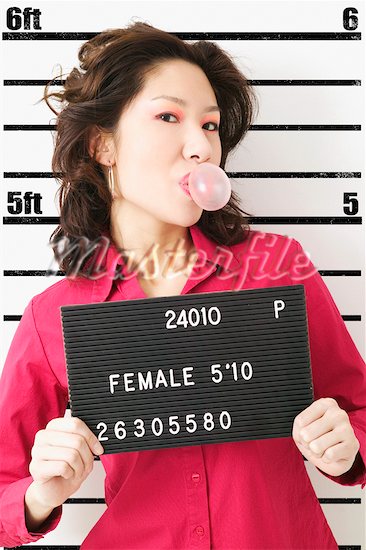 Social media is an oasis of repetitive topics. Whether mentioned due to boredom, or to get a reaction, people will constantly rehash these discussion points. The problem with this consistent redundancy is that we never have an honest or productive discourse that will create action items. Even better, we don’t walk away with an enhanced perspective or any tangible knowledge to use in future interactions. I hope to change that today as I discuss a topic both passionate to women and oblivious to most men: the use of the word female.

I see women on Twitter and Facebook periodically state that they hate being referred to as “female.” I’ve read a plethora of articles about women’s stance on the word. I too was oblivious to the derogatory nature in which women took the word, and was educated to a point. I would be lying if I said that I 100% saw the woman’s side on the debate, and thus I bring it here to SBM to get better educated and spark a debate.

To me female isn’t a derogatory term for women. It’s a designation of your species. I hate the term “Men are _____ creatures” because I imagine a monster when I hear the word “creature”, but no matter our heightened sense of self, we are a type of “animal” so to say. Men are males, women are females. I don’t get offended when someone refers to me as a male, so why do women get offended when someone calls them female?

In order to answer these rhetorical questions, I decided to look at female the way black people view the word “n****r”. I see the irony in using n****r as an example on the topic of redundant debates. I also know that the N-word use is multi layered too, but walk with me and watch where I go. I put myself in women’s shoes (sneakers not high heels) and I tried to imagine, similar to the N-word, why I would take umbrage with its usage. When black people take offense to n****r, it’s because of who’s using it and how it’s being used. Some blacks will get offended if white people use it, others will take offense if anyone (including blacks) use it. Some see it as a term of endearment. Others see it as a dreaded reminder of a segregated past, inequalities, and a lack of future advancements.

Analyzing the word female, and speaking with women on the topic, the consensus is that when men use the term it makes them cringe. Women say that the word female dehumanizes them, and depicts them as lesser than. They also say that tone is important. When men use female, they use it in a derogatory manner, which conveys the idea that women aren’t on men’s level. Think about those Civil Rights / Segregation movies where the white man would call a grown Black Man “boy,” as if to say “you have as much authority and rights in this world as a child, so hush your mouth when adults are speaking.” Getting that explanation was helpful, but confusing at the same time. I’ve heard men use the term “female” before, but I never saw it as derogatory. I will admit that the usage occurred when talking about male / female relationship items, lol, but I’ve also heard educated and respectful brothers use female when talking about them in the highest regard. Some men just use it in place of woman or interchangeably, with no tone or ulterior meaning in mind.

See Also:  The Importance Of Your Woman's Support System

When I used the N-word to attempt to view the negatives of “female” from a woman’s eyes, I got a good perspective. Suddenly, I thought of a better word to illustrate the positive / negative juxtaposition of phrases in this example: bitch. I see women referring to their friends as bitches, and calling themselves “bad bitches” without taking offense. If you look at the word bitch, you can seamlessly use it in a negative and positive manner. A bitch could be someone of low moral character, a precarious situation, or your best friend. Nas showed us the duality best when he said, “Life’s a bitch, but God Forbid the bitch divorce me.” Rappers, entertainers, and the like have used bitch to refer to women for decades. Yes we’ve seen some women stand up, but a lot of women will denounce the usage of “bitch” on one hand, and sing along to those lyrics at the highest of decibels on the other. So if bitch, which is more abrasive on its surface, can be used by men without rampant outrage, why can’t female? What makes female worse than bitch, when bitch in its textbook definition means female dog, and in pop culture is usually negative?

The polarizing power behind the N-word, and the duality in the evolution of its definition, show that either spectrum of the debate can make strong cases for and against it. I just don’t see the word female as that powerful to justify real outrage in its usage, especially when the word bitch is still being uttered as commonly as the word hello. You can’t define what does or does not offend an individual for them, but this discussion seems like hypersensitivity and bitching for the sake of bitching. My goal is to get everyone here talking so we can get enlightened on the subject. Men can get a better sense of why some women don’t want to be called females. Women can chime in if they hold that position or disagree. Women can find out if there is an ulterior motive when men use the term and see how men perceive the word.