Home Featured Reverse Discrimination: Affirmative Action From the Other Side
Featured
October 18, 2012 Tunde 22

Reverse Discrimination: Affirmative Action From the Other Side 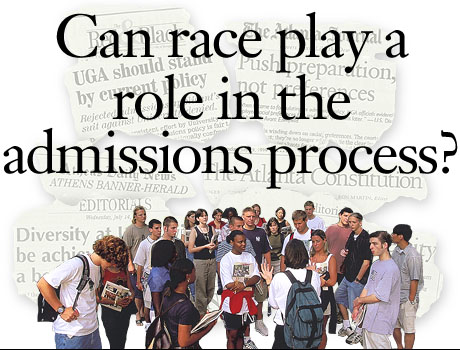 “I’m hoping that they’ll completely take race out of the issue in terms of admissions and that everyone will be able to get into any school that they want no matter what race they are but solely based on their merit and if they work hard for it.” Never mind that Texas said that she wouldn’t have been admitted even if race had played no role in the process. Texas also claimed that it has the right to assemble an assorted student body as part of its academic and societal mission.

Last week I also came across a facebook post that shared Jamilah Lemieux’s article on Ebony.com.  She wrote about how she relates affirmative action to white privilege in cases like this. Check it out if you can, it’s a great read. As I read the comments under the post I came across this comment:

This comment came from a 26 year old white woman who lives in Portland. What bothered me was that she automatically dismissed the notion of white privilege. It’s not always about how much money a person has. It’s about them getting the benefit of the doubt where a minority would not because of the color of their skin. They are afforded certain advantages. I didn’t want to jump to conclusions so I decided to engage her and see where her head was:

See the thing is you’re not a minority. You don’t know of the assumptions and setbacks that minorities have to overcome just because of our skin color on top of proving ourselves just as competent. A lot of the “majority” has no idea of the privilege they are afforded because its so ingrained into their everyday lives. Affirmative action is in place to try and level the playing field somewhat. Whenever the balance is weighted a little in the direction of a minority its quickly labeled reverse discrimination but we’re just supposed to earn it on our own merits and credentials huh? kind of like “pulling ourselves up by our own bootstraps”?

Our back and forth went on for a while and I tried not to let the viewpoints of a person of a completely different background and upbringing upset me. I thought that maybe she just didn’t understand. I didn’t want to believe that she was racist (even if she didn’t believe she was). Then I saw this comment:

Everyone gets help in one way or another. You’re right. I understand the underlying intent, I just feel it would be better allocated to class discrepancy. I’m refuse to be called illogical for refusing to be a quota or not being good enough on my own personal merit. I appreciate everyone’s comments, and I enjoy debating the topic as everyone needs a view unlike their own.

At this point she finally agreed that she believes in programs which counteract class discrepancies, but she doesn’t believe that programs should be in place which try to remedy racial discrepancies. It’s hard for me not to look at that that line of thinking as racist. Still I tried to argue with her using logic. When I tried to point out to her that women also benefited from affirmative action this was her response:

I would feel uncomfortable if I was hired, chosen, or recruited because I checked a box on my application noting I was a woman. How can you argue that? Am I afforded something because of that?

I’m pretty sure she went on an interview for her job, and even if she didn’t, her name is Lauren. I don’t know many men named Lauren so her point is moot. Even if being a woman had absolutely nothing to do with her getting her job, some women do get jobs or get into school based on an attempt at disparity. She failed to acknowledge that. It seems like every category that she might fall under, “help” doesn’t exist because she earned everything she had. 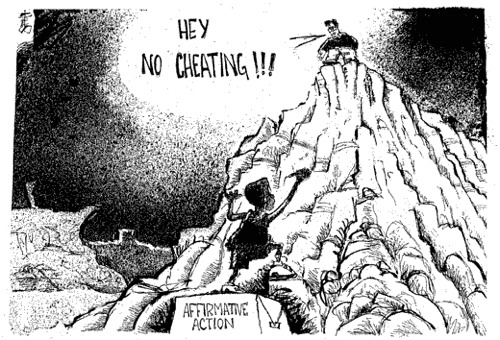 I learned a long time ago that it’s often not worth the effort to try to point out logic to people who refuse to acknowledge logic. Regardless of how talented a person is or how much work they put in, no one got where they are by themselves. They can believe it or not but they got some help along the way.