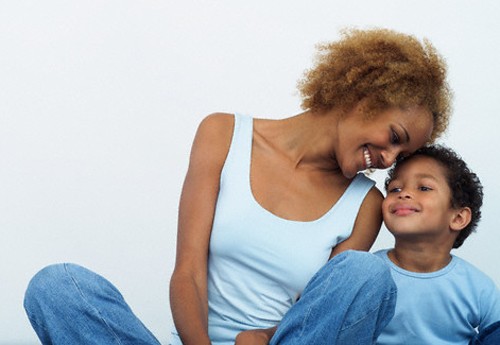 The expectation that you will date into your late twenties and not deal with someone with a kid is probably high hopes. I mean, the dating pool doesn’t work that way. Let me say this up front, I’m a fan of dating women with kids. I won’t tell a person you shouldn’t date her because she has kids. I may tell you that you don’t want to date her because she doesn’t have a good handle on the situation like she should and that may be a sign. But truth be told, ain’t nothing all that bad about dating a woman with a kid or kids. I mean, you don’t want to walk into a Bebe’s kids situation, but you feel me.

In my time, I’ve dated a few women with a kid. It wasn’t really that bad. There’s that point of the relationship when you’re in the middle of her like, “… I can see why you have kids.” If you know what I mean, you know what I mean, and if you don’t hopefully one day you will. I dated one girl and she had her daughter when she was like 14, by the time we dated years later her child was almost ten, that was awkward. But it kind of worked out because her child’s father was good about coming through on weekends. The other one of note was a bad jawn, like, in the history of bad jawns she’s got to be top ten. The only problem with her was that, and if she reads this, I hope she don’t get mad but she didn’t have a good handle on her baby father. Like for one, he was mad verbally abusive, two he ain’t pay absolutely no child support, and three when I asked her about this she said, “I’m not trying to have my daughter knowing her father is in jail.” I really liked that girl though, but the relationship had to end when I was backed into a corner clinching some meat scissors. Long story, different day.

But there are a few benefits of dating women with kids that people don’t always bring up. Like what? I’m glad you asked.

See Also:  Are Modern Men Too Lazy to Court

I’m not sure if you know this, but pregnancies suck ass. They really do. And if it’s not the pregnancy, I don’t know if you know this but a newborn baby is a bitch. The thing won’t sleep for longer than 4 hours and it needs to be fed. You can pretty much kiss a good night’s sleep goodbye for the first six months of the baby’s life. So if she already has kids, you have avoided that nasty experience and you can get some rest.

Now the thing about having your own kids is that you have to take care of them. That seems like the move but think about it this way; when you are dating someone who has their own kids, you really get to determine your level of involvement with those kids. You can be a cool guy who gives advice every now and then, but you don’t have to run to CVS the first time your girl’s 12 year old screams in the bathroom in the morning.

In my opinion, you can’t do better than dating a woman with kids who are just about to go to college. That means you date her for a couple years, you deal with a couple kids with adolescent problems. Bestow upon them some anecdotal advice, but you don’t have to take it too far as to hit Calvin Jr. in the chest for thinking he’s a man now. Next thing you know, it’s just you and moms just hanging out walking around bucky naked. And just so you know, when women get over that empty nest syndrome, they get extremely horny and freaky. Sounds like the move right?

See Also:  The Best Man: The Divorcee or the Perpetually Single?

Now what I’m trying to say to you is that, you can’t be afraid to date a woman with kids. It actually has some benefits that you probably haven’t considered. Now keep in mind, not every woman is like this. I’ve heard a woman say before, “I’m not looking for a man to sleep with, I’m looking for a man that’s going to be good for my son.” I don’t know if that worked out for her, but I’m just saying it happens. Truth be told, in the end you want to assist her and support her in any way you can and that may mean being involved in her children’s life. However, the point that was made here was if you’re thinking about dating a woman with a kid or kids, on the low, it might be the move!

tags: Dating small children women with kids
previous 12 Surprising Facts About Unfaithful Men
next SBM Sports - Who's in the Running for the 2013 NBA Championship?