Talking Trash: An Analysis Of The One Track Conversational Skills Of Men 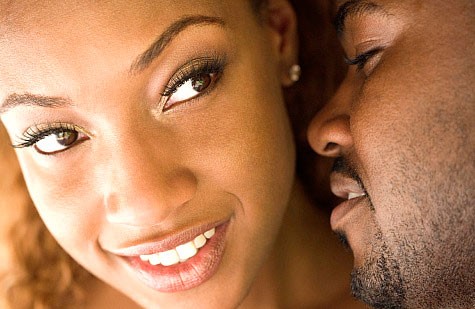 I made a new male friend in the neighbourhood, and we were having a chat after work. I can’t remember how the discussion came to s*x, but he said to me “I don’t date thin women, because they don’t have hips, and I’d hurt them with my big _____.” *awkward silence*
Is the part where I am supposed to sing Usher’s “Let me see”????.

What’s the aim of statements centered around s*x? Whether its the individuals bedroom skills, their preferences and/or package. I think what kills it for men is their lack of tact as these comments are ill timed and usually irrelevant to the conversation or mood. For example in a discussion with another acquaintance and he was telling me about why he broke up with the last person he was with, which is in my opinion not appropriate information to share at the first meet & greet, because I don’t know you like that. Anyway, he told me they broke up because he found out she was married, and when he confronted her about she apparently said  the (his) s*x was too good, that’s why she lied to him. Now what’s a nice girl like me supposed to do with that info ??. Yes, I ran for the hills.

Are men consciously trying to plant little seeds of curiosity in the minds of women by suggestive persuasion? Do some women actually follow that line of thinking? Do men hope comments like this will bring the happy ending closer to the beginning? Women- do you prefer to receive a graphic picture or the Hansel approach where he drops bread crumbs to the ‘cake’? (Sorry to taint a childhood story and delightful treat with that Rihanna/Breezy imagery)??
I am celibate so there is no successful way to approach s*x with me, because you will not win. I’m just curious to hear other readers views.

Wow… Yeah this was a bit much for me. This week, I’ll let the good folks of SBM Nation assist with your inquiry. Let’s all assist this woman in answering her inquiry. Chime in below.

previous SBM Sports - Who's in the Running for the 2013 NBA Championship?
next The Top Five Obama Quotes from the Last Presidential Debate