Home Featured This Is It! Recap of NFL Week 7 (and 6!) by @WilliamHStrafe
Featured
Sports and Entertainment
October 25, 2012 Guest Post 2 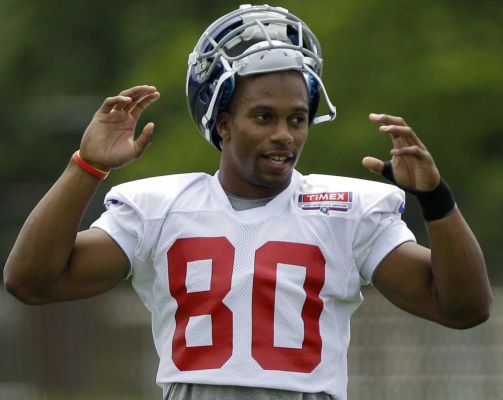 I am William H. Strafe. You may remember me from the award-winning piece I wrote for SBM a while back entitled, “She’s Not Cute, She’s Just Light-Skinned.” While I love to tell people about themselves and their foolish ways, I’m truly really a sports junkie at heart. This podcast, called This Is It, was borne from the discussions-turned-arguments about sports that my friends and I have had over the years. Actually, I told a lot of people about themselves in those arguments too. Go figure.

On this week’s show we first had to discuss the Week 6 tilt between my Baltimore Ravens and Cousin D’s Dallas Cowboys. We were at the game together and all week I had to hear how the Cowboys were gonna bust our ass. Clearly, he forgot who his coach and quarterback were. The two of us were then joined by along with Streetz and Vlad Jones-McFly, and we hit a number of topics, including:

– The Ravens getting taken behind the woodshed by the Texans on Sunday. How in the hell does Ray Rice only have 9 carries? Can Cameron needs to go, and ASAP.

– This week’s matchup between the Cowboys and the Giants. Both sides believe it’s a must win, but Vlad is confident that the Giants will walk into Eli Memorial Stadium (aka Cowboys Stadium) and get the W.

See Also:  SBM Sports - Be Honest, You Don't Care That Riley Cooper is an Idiot

– Right now, is Victor Cruz the best receiver in the NFL? Note, that doesn’t mean most talented, but who is the best right now. Apparently, Streetz knew what I meant, while these other clowns didn’t.

– How in blue hell are the 6-0 Falcons GETTING points against the punk ass Eagles? Bye week, schmye week!

– How are we gonna fix the Yankees?

– Can the New York Jets actually get to 8 wins? Vlad and I have a bet riding on this with @Harlem4Dais

William H. Strafe doesn’t give a **** about your faults or mishappens, he’s from the Bronx, New York, s**t happens. He also runs the sports and entertainment site seveneighteen, home of theThis Is It podcast and other material designed to make you actually win an argument.