Home Featured Why Didn’t It Work Out? Was it Him or Me?
Featured
Men
Stories
Women
October 26, 2012 Guest Post 74

Why Didn’t It Work Out? Was it Him or Me? 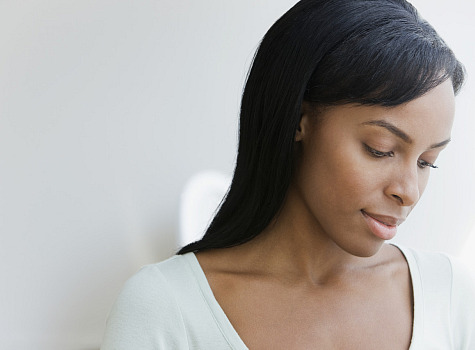 I can only describe this man as everything I ever wanted.  Most people say, “everything I wanted in a man” or “everything I wanted in my life” but that would not have captured exactly how I felt about him.  We met in my freshman year of college.  He would wait outside of my last class each day and we would walk to my dorm on campus.  He asked many times to come up and spend more time, but not allowing him to enter my room until I was ready was the only way I knew to protect myself.  Despite building this wall his efforts never waned and he would still insist on seeing me each chance he had.  Eventually I would give him my number and allow him to take me on a date.  Nothing too serious for a college date, dinner and the movies.  We went to Olive Garden, he ordered Shrimp Alfredo without even looking at the menu.  I got the feeling that he had done this before.  It probably would have bothered many other women, but it didn’t bother me at all.  It made me feel like he knew how to treat a woman.  I had always been treated like a girl up until this point in life, so it felt good to finally meet someone who treated me like a man should treat a woman.

After months dating, over a year in fact, I decided that I would allow him to consider himself my boyfriend.  It wasn’t long after that when I realized that I had fallen in love with this man.  He had my heart and he was my first.  We dated for three years and today I’m engaged, but it’s not to him.  One day I came home and I had a voicemail from him.  He said he needed to talk, he didn’t say much else, we went out to dinner and he broke up with me.  I was devastated.  I didn’t understand.  What did I do wrong?  Was it something I said?  Was it something I could work on?  I would call him everyday crying asking why he didn’t want me anymore, most times he never picked up the phone and when we did speak it was just to calm me down.  He said, he wanted to be a gentleman and he had too much respect for me as a woman to allow our relationship to turn into a haphazard breakup filled with slip ups and weak attempts at trying to salvage a dying relationship.

He wouldn’t give me the satisfaction of a reason why, so I had to figure it out on my own.  I racked my brain for many a sleepless nights thinking about what went wrong.  I couldn’t figure it out, I had always been the model girlfriend for him.

As I thought about what it could have been I realize that there were signs that I ignored from the beginning of our relationship.  First, I always sensed that he was living two lives.  The person he was when he was around his friends and the man I had known to love which only existed when he was around me.  It wasn’t like he was a bad guy around his friends, but I just didn’t know that side of him.  He seemed to be more loose and open with his friends.  With me, he seemed reserved and careful.  Always intentional with his words as if he had rehearsed each of his lines before he would talk to me.  I didn’t think anything of it, I just figured that he always knew the right thing to say at the right moment.  When he was with me, he preferred date nights, quiet nights, and if we went out it would be just the two of us.  When he was with his friends that was not the case.  He went out with his boys in large groups and they frequented some of the most popular clubs in the city.

Second, I learned that as a girl is growing into a woman she has to make sure not to burden a man with her problems.  I didn’t notice, but looking back on it, I realized that growing up and having a challenging family situation are very intimidating to a man who is trying to do the same.  He was only a few years older than me, but I relied on him for helping me in my transition from a girl to a woman.  I relied on him to help me begin my career, find my own place and begin to build a network in a big city.  At the time, it never appeared to me to be a problem, but over time I realized how it must have felt to have to carry me in the relationship for all those years.  My family was a personal pain point that I’m sure began to bother him.  My parents were never very supportive of me, they were protective and never understood my decision to move away from home looking for a better life away from the ‘hood.  He had to compensate for the support I lacked at home.  I thought that as the man I wanted to spend my whole life with, that would be his role in my life.  Maybe he was too young for all that.

Third, maybe I tried too hard.  I wanted it to work so much that I lost most of my identity and I think I may have guilt tripped him into thinking he wasn’t the man for me.  He was never the type to spend a lot of time thinking about the right gift or the right date, he just went out and did whatever he thought would make me happy.  I spent most of my time reading books and talking to women about how to be the best girlfriend for him.  I lost myself in him.  Indirectly when this happens to a man he may act erratically.  That’s a lot for a man to handle, especially when he isn’t sure that he’s the best boyfriend a girl could have.

That’s about as far as I got before I had to stop and wonder what he thought about all of this.  Sure I could come up with a list of reasons why he didn’t want me anymore, but it wouldn’t be the truth until he either confirmed it or not.  Without this closure I would just exist in relationship purgatory, not knowing where to go or what to do next.  One day, I received an email from him.  It was months after our break up and in this email he explained himself.  He told me that he didn’t want to confuse me by sending this right away, he’d rather wait for the dust to settle and for our feelings to have healed before he sent me the reasons why.  I respected his intentions, but he didn’t realize that I never got over the situation.  My feelings were just as fragile that day as they were the day he dumped me.

He told me that it wasn’t anything wrong with me, that he in fact realized that I needed to meet the man that I would marry.  He told me that I was ready to be a wife and he was still trying to find his way as a man.  He didn’t have anything that he could say I did to hurt him, but only that he began to feel this great sense of guilt that he wasn’t the right man for me.  He closed the letter saying that if anyone ever asks about our relationship tell them, “He finally came to his senses and realized that he was not ready to marry the great woman he was dating and so he let her go.”

Maybe that email should have made me feel better, but he committed relationship suicide in my eyes.  It was selfish decision that he thought would make sense for us, but he didn’t give me any say in the situation.  So I resented him for it.  It took me years to accept that there was nothing wrong with me, an email wasn’t going to change that.  An email wasn’t going to change the fact that I compared every man I would meet to him.  It wasn’t going to change that after giving him everything and giving it to him first, I wouldn’t be able to trust to let a man that close to me again.  It wouldn’t change that at the end of the day I was still alone and he was out seeking situations that worked better for the man he was at the time.  So I decided, I would forget about him and focus on me.  Thanks, but no thanks.  I love him, I love him with all my heart, but I just couldn’t go on thinking that he was as perfect as he seemed to appear.