One of the things I look forward to most when I think about fatherhood is passing along to my son all of the nuggets of wisdom I’ve learned from my years of learning women. I never got to experience these things with my father so a big part of me looks forward to experiencing with my son. His first crush, first girlfriend, first love. I picture us sitting together, glasses filled with something old and dark as I slowly begin revealing to him the secrets of manhood a father reveals to his son when his son becomes a man. One Sunday, while he’s home visiting from wherever his life has taken him, he’ll come downstairs and ask me how I knew his mom was the one and I’ll know that he thinks he’s found his one. I’ll tell him about marriage and its imperfections, and he’ll tell me about his her. In today’s post I want to share five things about women I’d share with him, things I’ve learned along the way that might be useful to some of you … not that y’all are my sons or anything.

5. Always Have A Plan

When you meet a woman who interests you, the first step toward carving out your own little space in her life is showing her that you can be relied upon. The easiest way to show her that you’re reliable is to tell her what you’re going to do and then do it. It starts with the little things. If you take her card and tell her you’ll email her the next day, email the next day. Be on time when you meet for drinks and when you decide to have your first official date, have it planned from beginning to end. She won’t tell you how much she appreciates it right away, but appreciate it she will. Having a plan and then knowing how to make it come together is one of the easiest ways to separate yourself from most of the men she’s encountered. Most women say they love spontaneity, but what they don’t tell you is that they want that spontaneity to be experienced within the confines of an executed plan. A good woman will follow you through the gates of hell as long as you have an exit strategy and as long as you told her that going through hell was part of the plan.

Ladies have you ever went on a date, or dated a guy who never seemed to have a plan? What was that like? Was this something you appreciated about him, was it cause for concern or did it not matter too much?

If my son is like his father, he’ll have a soft spot in his heart for most women, regardless of their previous, current or future life transgressions. As a pup, I thought all women were, by nature – good, possessed of good morals and good character. The ones whose behavior indicated otherwise were women who had somehow gone astray and could be saved by the right man. The truth is, you will meet some women and you will take them as they are. Be to them who you need to be at that moment and  allow her to be for you, who you need her to be at that moment. You’ll use each other, emotionally, sexually and in any other way you might desire.  That’s just part of life. The key is for you to make sure you both go into it with both eyes open, communicating to one another your expectations, or lack there of, accurately. You will not fall in love with every woman who falls in love with you, you can’t be everything for every woman you meet, and you can’t save all the women in your life because not all of them will want to be saved. Some of them will just want you, then.

Fellas, have you wanted to save a chick? Have you ever met a woman who seemed to be offering to the world way less that what she was actually worth? Did you try to save her, or did you just take her for who she was when you met her? What responsibility do we have, as men, to undo or at least try to not add to the baggage of a woman who’s clearly damaged?

See Also:  Help SBM Be Great. Do Your Part.

3. Let Her Talk … and Listen to What She Says

Another key part to endearing yourself to a woman you’re interested in is letting her talk and listening to what she says. As men, we like to brag, we like to boast, we like to let women know how great we are. There’s nothing wrong with that, in moderation – as you should be your own biggest fan. The key is to make sure you do way more listening than talking, especially in the early stages of a relationship. You’d be surprised at how little women are heard in our society. Women are often marginalized and unheard at their jobs, when they talk to their girlfriend’s they usually just swap stories, never really taking in what each other are saying. If you listen to what she says, taking care to appreciate the everyday minutia of her life, she won’t be able to help but fall for you. The other, more important benefit of letting her talk and listening to what she says is that you actually get to learn her. You get a real opportunity to see what she’s really about which will help you determine whether or not this is someone you really want to be with.

Seems like, with all of our technology, with all of the varying means of communicating with each other, listening has somehow become a lost art? Ladies, have you ever met a man who just listened to you and made you feel like your words really mattered?

2. Above All Else, Be Intriguing

To be handsome and have great style is a good thing. To be smart and funny is even better. Having success is always an added bonus and of course you want to be a great conversationalist. But above all those things, the most important asset you have in your initial interactions with a woman who piques your interest is your intrigue. The best women, the ones who are worth reconfiguring your life around – they meet smart, funny, interesting guys with style all the time and usually, they forget about those guys. But there’s something special about the intriguing man. If you are intriguing, she’ll find herself sitting at her desk wondering what makes you tick. She’ll wonder if you were serious when you said that funny thing she thought to be a joke at the time, but now seems a bit more confounding. Most importantly, she’ll wonder what you thought of her. She’ll wonder if you thought she was attractive, funny, smart, dumb or corny. Being intriguing gives a woman the opportunity to let her imagination run wild. Before she knows it, she’ll find herself wondering what she thought about before she spent her days thinking about you. So how does one be intriguing? It’s simple, it starts with your attitude. You need to understand that not every woman needs, wants or deserves to know you. There are parts of you that are yours and yours alone. Develop that sort of self-image and you will exude it with those you meet. Don’t be douchey and self-absorbed about it. Be confident that who you are is special and different from everyone else and the knowledge of just how special and different you are is not given freely to every pretty girl that comes along, but is instead earned by the woman who is patient and discerning.

Let me know if I’m completely off base with this one. Ladies, in an initial interaction – all things being equal, is the man with a little bit of mystery around him not the most attractive man in the bunch?

1. Trust is a Gift Not Given to Every Woman You Encounter 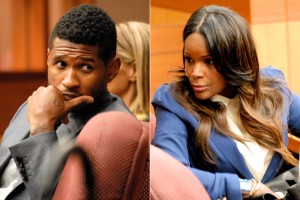 The most valuable gift you can ever give to a woman is your trust; give it wisely and with discretion. There is no more important skill to develop than the ability to learn people. The ability to learn people is important because it is only after knowing a woman wholly and fully that you should allow yourself to trust her. Even then, trust her to be who you know her to be not who she believes she is; there is often a difference. Sometimes, when emotions are heavy and feelings are deep, a woman will be more inclined to say what she thinks you want to hear. She’s not lying to you or trying to deceive you; what she’s saying she truly believes. It is your job to know her well enough at that point to decide whether what she’s saying and what she’s capable of are one in the same. You need to develop the discipline to base your actions on the latter. Consistently doing this will make you villainous in the eyes of some of the women you come to know, but it will also make you a hero to others. Either way you should sleep soundly at night, secure in the knowledge that what you’ve done was always what was best for both of you.

In the history of the world, how many great men have met their demise in trusting a woman they shouldn’t have trusted. I’ve always said I’d never let a woman ruin my life, but – we’re men and we’re sometimes weak. Fellas, is trusting the wrong woman not the scariest thing you can possibly imagine.

See Also:  You Don’t Even Know That You Are Winning: Are You Getting In Your Own Way?

-->
View as one page
previous Why Didn't It Work Out? Was it Him or Me?
next Illegal Search and Seizure: Stay Out of His (or Her) Things!