Home Featured Illegal Search and Seizure: Stay Out of His (or Her) Things!
Featured
Men
Rules of Engagement
Women
October 29, 2012 Jeff J. 12

Illegal Search and Seizure: Stay Out of His (or Her) Things! 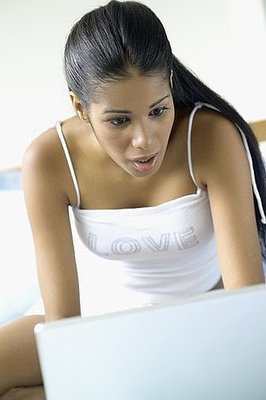 Check out the following:

My last boyfriend was a cheater. I found out and [decided] to stay with him (I was 22- go figure). One day we were having an argument about me checking his facebook inbox, emails, etc and I [told] him that privacy is something he forfeited by choosing to cheat. –  SBM Commenter

I read this comment on our post last Monday that explored why men cheat, and was immediately alarmed. I’ve wanted to write about the whole significant other snooping phenomenon, and this comment finally lit a fire under my arse to elaborate on this troubling trend. Let’s start with my obvious point #1:

I understood the commenter’s frustration with her boyfriend. He cheated, disregarded the parameters of their relationship, and violated her trust. However, two wrongs don’t make a right. To insinuate that you relinquish your rights to privacy based on past actions gives me the impression that relationships are more dictatorial than democratic. That makes no sense. So every mistake warrants a revocation of your inalienable rights to privacy? The same way that you have a hard time trusting a cheater, they can have doubts about you when you go through personal belongings, email, and phone? Imagine if a police officer or the government told you that they would commence wire taps and surveillance on you because you lied in court about parking tickets. Would you feel contrite because of your past transgressions, or outraged at the disregard for your private business?

See Also:  While You Were Sleeping: CISPA and the Forfeiture of On-Line Privacy

If You Have To Search Through Your Significant Other’s Private Things, You Might As Well Break Up

I’m a Scorpio, and an apologetic one at that. I’m not a strict zodiac believer, but I definitely see traits in people of a certain sign. Scorpios can be loyal and passionate, but can also be jealous and extremely vindictive. Having said that, when I am wronged,  it is possible for me to forgive, but not forget. As a Christian, and as a human being, I believe we all should be afforded the chance at forgiveness. That doesn’t mean that I won’t remember what you did and treat you accordingly. When a boyfriend/girlfriend cheats, some people will say that they forgive, but the words don’t match actions. If you truly forgive them, you should be able to build from your relationship difficulties and become stronger. If you forgive with a caveat that when your Spidey Sense tingles, you will morph into Sherlock Holmes, then that’s not forgiveness. You clearly harbor ill feelings towards the person still, and feel that you are justified in reading emails and checking phones because it happened to you before. If you feel that you have to mitigate the risk of further cheating by monitoring their personal and private movements, is that a real relationship? I never want to feel like I have to police my significant other.

See Also:  What's Your Name, What's Your Sign: Why I Can't Stand Astrology and Those Who Swear By It

That’s not a relationship, that’s a job.

I’d rather cut ties and have a clean slate. This way, you won’t hold their cheating over their heads forever, create an atmosphere of contempt and resentment, and ultimately cause more damage to one another than good.

A wise man once told me that if you look for something, you’ll find something. When you are in a relationship, you share so much, and I’m sure there’s some aspects of your life you’d like to keep to you. Your S/O doesn’t need to know the context of every conversation you have with family and friends. They don’t need to know every single thought in your mind. Where’s the mystery? That’s smothering to me. Searching through someone’s email or phone or personal things is wrong no matter what they’ve done. If you do it, know that you cross a line from where there is no return. I hope the stability of your relationship, whether personal or professional, is worth all the trouble.

How do you feel about a significant other’s privacy? Do you believe that a significant other waives the right to privacy if he or she commits an egregious act? Do you set boundaries upfront in your relationships when it comes search and discovery? Share your thoughts below!

See Also:  Snoop Through His Phone At Your Own Risk