How the Thunder Chose Doodle Jump Over James Harden 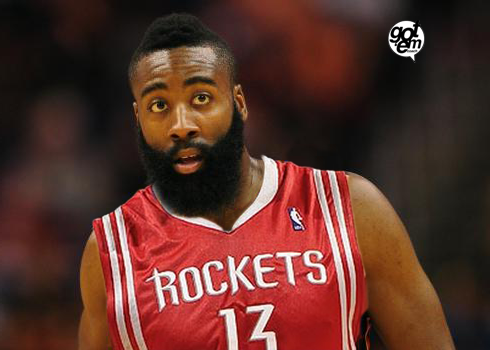 As most of you know, James Harden is now a Houston Rocket. Houston traded Kevin Martin, rookie Jeremy Lamb, and three draft picks (two first rounders) for Harden, his beard, and some spare parts. The circumstances that led to this move were over a year in the making. Harden is one of the rarest commodities in the NBA: an elite talent on the rookie pay scale. As negotiated during last year’s lockout, Harden could negotiate a pay raise before October 30th or he would become a restricted free agent after this season.

Harden and the Oklahoma City Thunder met to discuss his pay raise, landed about $5 million apart, and ultimately this led to Harden’s departure. Sam Presti, the General Manager of the Thunder, summed the situation up this way:

“We wanted to sign James to an extension, but at the end of the day, these situations have to work for all those involved. Our ownership group again showed their commitment to the organization with several significant offers,” Presti said in a statement. “We were unable to reach a mutual agreement, and therefore executed a trade that capitalized on the opportunity to bring in a player of Kevin’s caliber, a young talent like Jeremy and draft picks, which will be important to our organizational goal of a sustainable team.”

We fans are now left to discuss the fallout. Most of the reactions fall into one of two categories:

See Also:  Must Read: A Conversation Between Greatness, Compromise, and Sacrifice

This is the viewpoint that makes the least sense. While Harden seemed to be a part of a team with lots of genuine chamraderie and a very real chance at winning multiple titles, $5 million is a ton of money. In professional sports, this equals respect. The Thunder had already given large raises to Kevin Durant (duh), Russell Westbrook (duh), and Serge Ibaka (well…), so it’s understandable for Harden to want the same. Harden is every bit as accomplished and important as the other players mentioned. Why should he take less?

To drive the point home, I will list five things I’d do or give up for $5 million:

The point is, Harden should not be chided for wanting to get his. He has 12-15 years to make almost every dollar he can make for the rest of his life. There is little upside in selling himself short.

The Thunder should have Cut. The. Check. Pay Harden the max allowable.

Here are a few indisputable facts:

When you add these up, it’s clear to me that the Thunder should have offered Harden the max amount allowable under league rules. Doing so would have a steep price, but the OKC is one of a few small market teams in a position to operate like the “big guys:” the teams who spend above the salary cap, pay the luxury tax penalties, and still make money.

Locking up Harden along with Durant, Westbrook, and Ibaka would take up around $60 million of the salary cap. Fielding a team around them would take them to roughly $20-25 million, with $10-15 million being above the luxury tax threshold. That would equal a bill of $12.5 million extra in taxes given the new threshold system the NBA implemented to penalize big spenders. A lot of money, to be sure, but not an astronomical figure. The Thunder could pay it, still make money, and compete for titles. This is the core that took them to the NBA Finals this year.

The NBA is a business. It’s a lot more fun than, say, manufacturing seatbelts, but team owners should be in it to make money. The Thunder are a money-making team, though. And the notion that lowballing James Harden is the only way to be sustainable is an overstatement. This trade didn’t have to happen. Kevin Durant sums it up best: 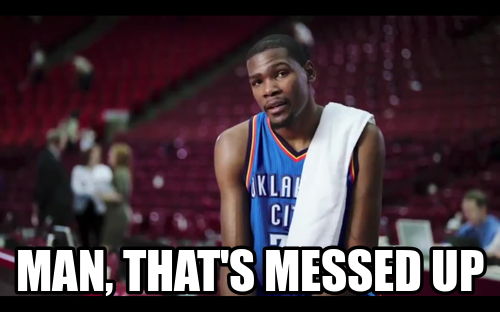 Which side do you fall on, SBM Sports fans? Does OKC have a mission to maximize profit, even at the expense of fielding the best team possible? Should Harden have taken less to stay?

Let me know where you stand in the comments below!

previous Illegal Search and Seizure: Stay Out of His (or Her) Things!
next When Should a Man Move for the Relationship?