Home Advice When Should a Man Move for the Relationship?
Advice
Featured
October 30, 2012 WisdomIsMisery 8

When Should a Man Move for the Relationship? 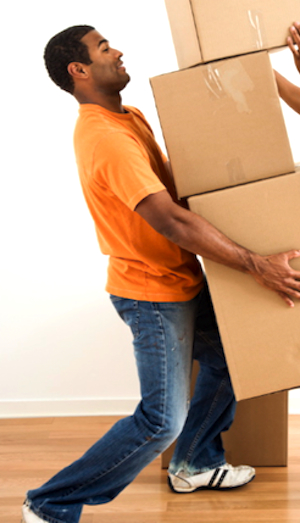 For those of us crazy enough to even engage in a long distance relationship, there is one unavoidable question that will come if you stay together long enough: who is going to move? This week I was asked if the man or the woman should move or does it matter? Let’s get the short answer out of the way: Yes, it matters.

In my opinion, neither party should move for anyone they aren’t planning to marry. Honestly, you probably shouldn’t move for anyone that you aren’t already engaged to. That’s right, I’m going old school! You should already have or be planning to put a ring on it before engaging in cross-country cohabitation. Why anyone, male or female, would move across the country to “see where things go” is beyond me. You can see where things go from the comfort of your own home. Ever heard of Skype? Look into it.

Relocating just so you can  go on more frequent dates isn’t a valid reason. If you have doubts about the merits of your relationship, moving across the country won’t provide you with the revelation you seek. The only difference will be now you don’t have to travel as far to realize that the doubts you had at a longer distance exist at a shorter distance too.

Moving isn’t a decision that should be taken lightly…read more.

Should a woman always be the one expected to move to make a relationship work? Does it matter if the man or the woman moves? Have you ever moved for a relationship and had it not work out?

tags: long distance Madame Noire relationship Women
previous How the Thunder Chose Doodle Jump Over James Harden
next How To Survive a Hurricane with Your Significant Other