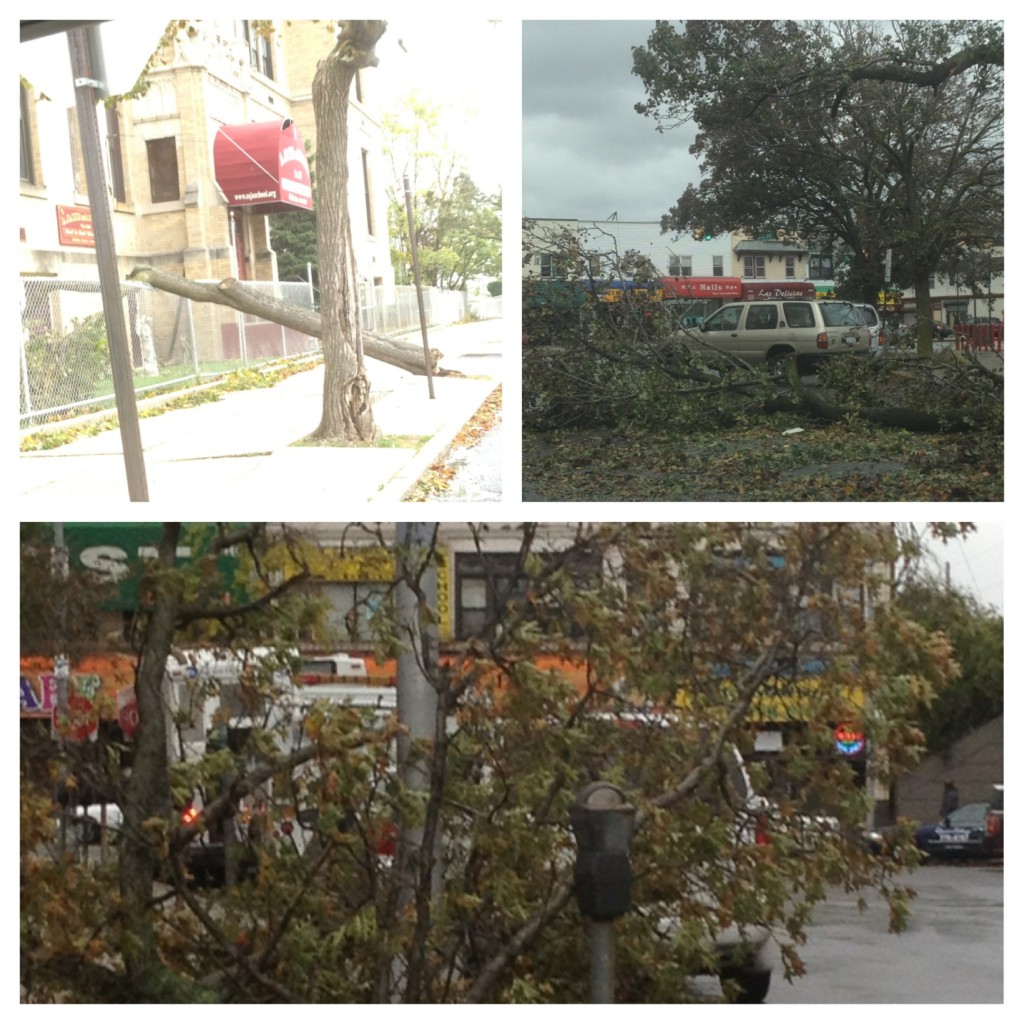 On Saturday October 27th, I was gearing up for a normal weekend. I had a birthday coming up on that Sunday, along with a Nike Football Society flag football game. Halloween parties were the norm this weekend, and everyone looked forward to a weekend filled with costumes and debauchery. Embedded in the backs of all New Yorkers minds were the reports, delivered with the fervor of a gospel preacher, about the impending doom of some storm called Sandy.

A Hurricane was forming in the south, and was set to touch base on the east coast Monday night. Everyone in NYC was less than enthused about the prospect of another “Superstorm.” Fist of all, we got hit with Irene a year ago and were less than impressed about the omnimous puddles left in its wake. As new Yorkers, we own an immense amount of hubris when it comes to our resiliency. This is the city that survived bombings, 9/11, and blizzards. Some wind and rain wasn’t going to affect us at ALL!

Monday was a lock down day. All public transportation was shut down in anticipation of the hurricane. I didn’t complain since I got to work from home. I thought the storm would be another overreaction, and once the rains stopped, we would go back to a normal week. I couldn’t be more wrong. I sat in the house with my family that Monday night, and watched as the strongest winds I’ve EVER heard, blew through my neighborhood. Windows rattled and homes shook from their very foundation. The hubris and bravado which forms the core of every native New Yorker was slowly dissipating. 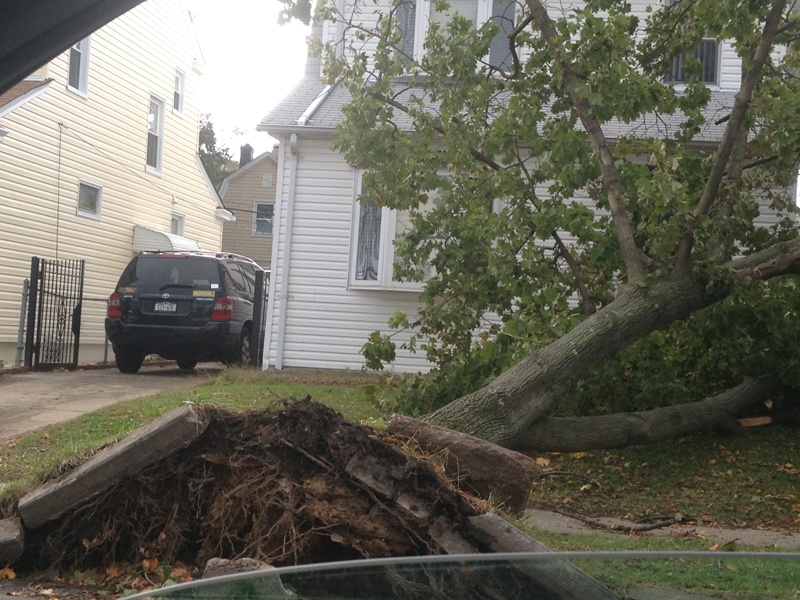 The chinks in our armor, the same weakness points which we revealed after the 9/11 attacks, reared their heads again. I saw the lights flicker on and off. I’ve lived in my Queens NY location for 14 years, and haven’t seen the lights go off (voluntarily) since we had that blackout in 04. We lost power, than regained power once more. The Yo-Yo feeling of being secure continued throughout the night. With social media being as prevalent and ubiquitous as ever, I was able to stay in contact with friends and family to assess the preliminary effects of this storm. As I spoke with my Twitter followers and Facebook friends, the lights flickered throughtout the house, and disappeared with the calmness of a still river. Sandy was real, and this storm just shut the city down.

I prepared flashlights and other tools for the fam to use in case the lights went out, and they came to good use. I lamented over my loss of Internet and nightly programming, when all of a sudden in the other room, I could’ve swore that I heard black women fighting and arguing about “keeping it real.” Did I perish and end up in a reality TV hell? Nope, but something worse happened. My house suffered a 50% loss in power, where the only TV’s that worked were the ones in which people were watching Bad Girls Club.

Seriously? You mean to tell me when the world ends, all that’ll be left is cochroaches and Draya/Evelyn/Chrissy and the rest of the reality TV super chicks?! SMH! Sidebar: This is a totally caribbean phenomenon, as more than a few folks I know suffered the same weird loss of power. Other’s weren’t as lucky as me. People lost full power (and continue to suffer from power loss). No heat, no electricity, and no real timetable for them to return. This was going to be a long night. 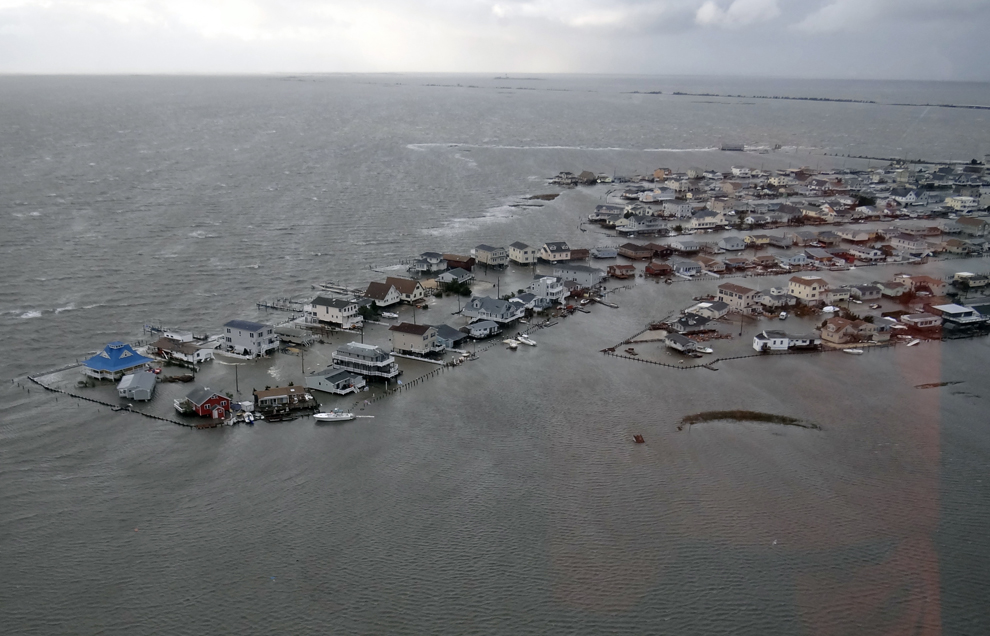 Tuesday, was when we had to deal with the aftermath of Sandy. NYC’s 108 year old subways flooded. Beach houses washed away. The Jersey Shore decimated. Lower Manhattan powerless. The NY Stock Exchange shut down for two days. Sh*t was all f*cked up! I decided to hop in my car and survey the neighborhood myself, and was shocked by what I saw. I haven’t seen that many downed trees ever. Century old trees, toppled in parks, onto houses, and blocking roads. NYC had to shut down passenger travel into the city (if you didn’t have 3 or more people in your car, you weren’t getting into Manhattan. The power loss also resulted in a gas shortage. People waited on 3 hour lines, on FOOT, to fill up gas containers so that they could be mobile. Hundreds of people waited to get on shuttle buses, to replace the limited functioning subways. NYC wasn’t built for that many cars to enter Manhattan, and we were gridlocked. We tried to get back into our normal schedule on Wednesday, Halloween, but the trick was on us. Many people couldn’t get to work, or were severely delayed.

There was a cancelled NBA game in Brooklyn and a Marathon that was going on as planned, until it was cancelled too. We decided to put our people and our coast over major events. Although i understood the business reason, the people spoke, and the Marathon was rescheduled.

This was the worst storm of my lifetime in NYC. To see my neighborhood and my city in shambles was surreal. This was no Katrina, but I get it a little better now. This was yet another battle between man and nature, where we have to acquiesce to mother nature and pick up the pieces after. What’s funny is that the Presidential Election now seemed like an after thought. We had bigger fish to fry.

The outpouring of support from the rest of the country was dope. The efforts of residents to help their fellow man was even more pleasing. We came together once again to help each other and hopefully emerge stronger than ever. We bend, but we don’t break! To all on the East Coast affected, my prayers go out to you. We are still here, and we will get through this too.

For those who were on the East Coast, share your Sandy War Stories here. What was the prespective outside of the SuperStorm area? Keep those affected in your prayers, and if you feel so compelled, donate to relief efforts

tags: hurricane sandy relief efforts
previous 9 Things Men Should Never Say To Women
next You, Him and Her: How To Handle The Pre-Exclusive Zone