4 Reasons the Lakers Firing Mike Brown was a Dumb Decision 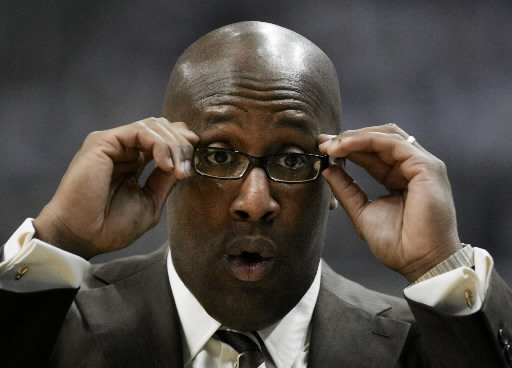 The NBA season is off to an eventful start with the firing of Los Angeles Lakers coach Mike Brown after five (5!!) games. The Lakers, fresh off the acquisition of two hall-of-famers, had lots of excitement headed into this season. Some idiot even picked them to win the championship.

All of that is over after the panicked firing following their 1-4 start.

I understand the itch to shake things up, but five games into the season is waaaaaay too early to make such a drastic move. Here are the reasons why:

Now the world knows the Lakers are a mess –

You know those relationships that seem great…right up until the guy’s clothes are on the lawn and both people are posting Carl Thomas lyrics on Twitter? That is where the Lakers are right now. 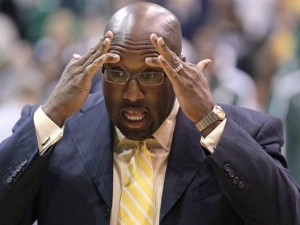 Jerry Buss, the Lakers Executive Vice President, gave Mike Brown his endorsement last Thursday saying, “I have no problems with Mike Brown at all. He just works too hard and he’s too knowledgeable for this to be happening.”

“So either the system is flawed or something’s going on. Or, like the Triangle, it’s very hard to pick up and understand. I’m not a basketball mind like he is or the players are, and the players are fine with it, so I just have to be patient.”

This was less than 24 hours before he canned him! This firing shows the dirty laundry that LA has (apparently) been hiding. They are directionless from an organizational perspective; lacking the foresight internally to direct a championship-caliber team. I’m sure Mike Brown is somewhere listening to What’s a Man to do? on repeat.

The Lakers had no plan –

This is related to the first point, but important enough to note on its own. If you are going to waste your team’s training camp, stunt the team’s chemistry, and diminish your chances at a title, you should already have your next coach secured. Instead, the Lakers engaged in public negotiations with Phil Jackson, and had a list of coaches to consider if he turned them down.

The Lakers settled on Mike D’Antoni as their head coach. I see lots of time (and a few losses) racking up while the team adjusts to the fast-paced, “Seven Seconds or Less” offense and settles into their new-new-roles on the fly. Hopefully D’Antoni brings some defensive-minded coaches with him to shore up that side of the ball. 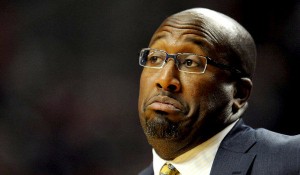 Five games equal six percent of an NBA season. Hardly enough time to know whether the Princeton offense works, if the players can play well together, or how “doomed” your season is. Despite their record, the Lakers could point to some successes. The offense is ranked fifth in efficiency, and the defensive anchor, Dwight Howard, is playing himself back into shape from offseason back surgery. It’s safe to say things weren’t as bad as the record would indicate. Speaking of Dwight…

He can leave after this season –

The Lakers swung for the fences with a blockbuster, four-team trade for the league’s best center. While they have Dwight in the fold, 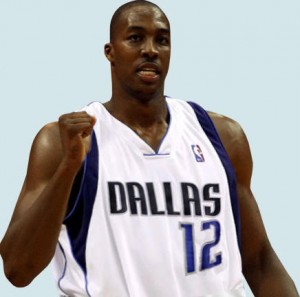 remember they have yet to sign him to a long-term extension. Howard is a free agent after this season, and can sign with whomever he likes if he doesn’t see the Lakers as the best place to play out the prime of his career.

On the list of things that would make a player want to leave, organizational dysfunction, coaching instability, and falling short of expectations are near the top (under money of course). Dwight can still make the most money if he stays in LA, but having just left a mess of an organization in Orlando, he could leave for a more stable environment (Dallas?) if the situation in LA doesn’t fix itself quickly. D’Antoni has little time to right the ship in LA with big consequences if he fails.

I don’t mean to say Mike Brown is the perfect coach. In fact, he’s far from it. I do think five games is far from enough time to make a final determination. This was a horrible decision from an organization we typically link with just the opposite. D’Antoni brings a mixed bag. You get an offense that is point guard and pick-and-roll heavy. How will Kobe react to that? And you get a question mark on defense; it was horrible in Phoenix, and underrated in New York. Who would have thought the Clippers would be the LA team with more sense heading into this season?

See Also:  Break Ups and The Fear of Not-Enough-Ness

That’s how I see it. What do you think, SBM NBA fans? Did Mike Brown deserve the axe? What do you predict for the Lakers this season? Let me know in the comments below!

tags: basketball lakers mike brown sports
previous Veterans Day
next Is it easier for a man to find a wife?