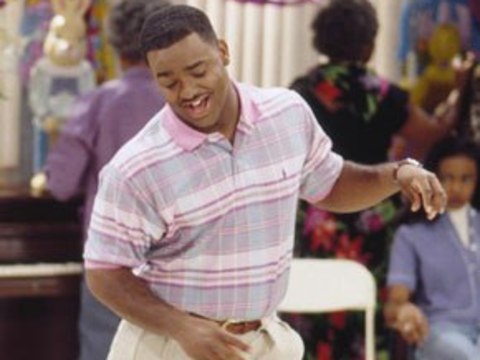 Martin Lawrence, or some other black comedian, talked about how, when you love a woman but haven’t told her yet, you find yourself professing love in the most random ways. You start saying random stuff like, “I love your toenails, girl.” I find this funny because men and woman have communication issues under normal circumstances. If we add (un)healthy doses of emotional repression and a fear of commitment to basic communication, we’ve got a recipe for what I call ADA — awkward (and arguably half-assed) displays of affection. Here are five awkward ways men have tried to show they care:

1. “I…um…care about your fiber.”
I once dated a guy who was obsessed with my bowel movements (yes, he was a creeper, but he was also a doctor). While, thankfully, he never asked to see my poop, he’d ask me about my fiber intake, purchase Fiber One bars for me, and demonstrate (with his hands) why firm poop was important for colon health. The slogan some geriatric fiber-rich product is “because we care about your fiber.” When he heard the slogan one day, his eyes lit up. “It’s true,” he proclaimed. “I do care about your fiber!”

2. “Show me your storm t*tties”
One of the only good things about Hurricane Sandy was it afforded the opportunity for people to reach out and reconnect. During the storm, I received texts and calls from people I wouldn’t have expected to even think about me. It’s nice to be loved, but one of my best friends received a text from a guy she used to date that was awkward and a little offensive. Homie said, “just wanted to make sure you and your family were okay during this storm.” She responded that everything was fine, and smiled at the fact that he’d reached out. Her warm feelings continued for about 30 more seconds when he followed up his text with, “Why don’t you send me a pic of them storm t*tties.”

3. “I want you to set my fantasy football line up.”
I’m a football fan – specifically a Jets fan (no, Mark Sanchez is not on my non-existent fantasy team). One Sunday evening, dude looked deep into my eyes, brushed my hair out of my face, and told me he wanted me to set his fantasy lineup. He’s super serious about his fantasy football league, but I didn’t get it. I must have looked confused because he said, “That’s a big deal, babe. It shows you that I trust your football judgment that much. If we lose, we lose; no big deal.” I’m not gonna lie, I was touched, but I respectfully declined. He was not my man and he didn’t want to be. I’m not taking you to the playoffs, without a commitment, homeboy. I’m built for the pros, not the practice squad.

See Also:  Is it easier for a man to find a wife?

4. “I want you to have the keys to my spot…”
A friend of mine was involved in one of those cyclical relationships that drag on beyond their expiration date. One night after dude popped back into her life, he presented her with a key to his apartment. “I want you to have this,” he said. “You belong here.” She felt strange about it, but after he insisted, she finally took the key. Weeks passed and she never used the key, but one night (before a job interview, no less) she realized that she’d left her make up bag at her boo’s house. She called him several times to give him a heads up that she was coming over, but he wasn’t answering his phone. She realized it was time to use her key. She hoped in her car and made the 40 minute trip to his apartment. She parked, got out and took out the key. She opened the front door and sped up the stairs to run into his apartment. She figured she’d get in and out in no time. She tries to push the key into the apartment door. That’s when she realized he’d only given her one key. She had the key to the building, but not the apartment.

5. “You’re like a chicken pot pie.”
My dude and I were lying on the couch watching…I’m not sure what we were watching, but his head was in my lap and I was caressing his scalp. He looked up at me, smiled, and said, “You remind me of a chicken pot pie.” I suppressed a laugh (I probably laughed; I’m an asshole), and I smiled back (because, well, I didn’t really know the appropriate protocol for being compared to a pot-pie). I asked him why he thought this and he said, “Because you’re delicious.” I kissed his forehead and changed the subject, but I’m still not clear on what he meant. I’m delicious? Okay, but am I meaty? Am I hearty? Do I make you fat? Am I a comforting mix of dinner and dessert? I still don’t know…

While we can all agree that not all of these displays of “affection” are loving and beautiful, they hint at a basic truth: appropriateness is relative. We all speak different languages and have different ways of processing our emotions. What might seem awkward arbitrary or even stupid to some might be extremely important to another. While I’m not saying we should settle for emotional repression, or put up with bullsh*t, we should all be mindful enough to realize that love is an energy that might show up in some awkward and random places. Luckily for us though, actions speak louder than words.

Ladies and Gents, what are the most awkward displays of affection you’ve encountered? Have you ever been so afraid to say what’s on your heart that you made a random faux pas instead?

Patia Braithwaite is a Brooklyn-based relationship writer. Her work has been featured in The Coral Gables Gazette, Florida Inside Out Magazine, Yahoo Shine, and BounceBack.com. She’s currently working on a non-fiction book that explores the various ways men see God and how these views impact their romantic relationships. Check out her musings and more at: www.menmyselfandgod.com

tags: awkward black men Guest Post Relationships
previous Is it easier for a man to find a wife?
next Four Questions to Ask a Hiring Manager During an Interview