Home Featured Is it easier for a man to find a wife?
Featured
Marriage
November 14, 2012 WisdomIsMisery 132

Is it easier for a man to find a wife? 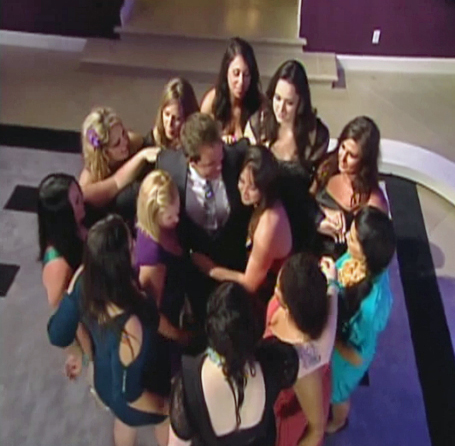 Is it easier for a man to get into a relationship? Yes. But, what does that really mean? Does the ease of getting into a relationship dictate that a man can find a wife easier than a woman can find a husband? This is a which came first, the chicken or the egg debate. Having the advantage of having more to choose from is only an advantage if every woman in the available population of choice is wife material, which would seem very strange to assume when women so readily recognize that not every man is husband material, so why would the inverse by any less relative?

Naturally, both men and women are biased in their views. As a man, I think the odds are in the woman’s favor. It seems far easier to have the benefit of sitting around waiting for someone to come up and vie for my attention than it does to be the one that has to vie for and be deemed attention-worthy. Even if it’s true that women believe they have less good men to choose from, they still have the advantage of doing the choosing; whereas, men have to be chosen. Perhaps it is simply more accurate to say that women choose husbands from the men that approach them and men choose wives from the women that select them. In which case, does either party really have an “advantage” over the other? These were the questions I was asked to address this week on MadameNoire. An excerpt:

Last month, I wrote about Why Men Settle. As part of that discussion, a number of women wondered why a man would ever settle in love when it seems like they have far more choices than women do. I understand how that might seem confusing, but I’m also unsure this popular sentiment is even true. For one, I’m on the fence about if dating is really easier for men. Taking it a step further, is finding a wife/love/soul mate any easier for men than it is for women? I don’t think so. Let’s break down the various assumptions about dating for men.

There are not enough good black men: True and false.

The popular headline is that there are less viable black men for viable black women. There are generally a few errors when this much re-hashed story breaks. First, it assumes a ‘viable black male’ can be quantified using objective measurements, usually schooling and income. For example, they report that more black men are in jail than in college. This is a blatant lie, which you can read more about from this unlikely source here, so I won’t bother dissecting it. They go on to report that we have a high number of high school drop outs, which is true, but they don’t account for the fact that high school drop outs and jail rates are both interrelated and often reflective of the same population. As an extension of this point, the same can be said for college graduation rates – as black women do outnumber black men in enrollment and graduations, but only 30% of Americans have a college degree and miraculously, people still get married every day of the week.  Income is by far the fairest measurement; however, simple arithmetic dictates that the higher your income requirement for a prospective mate – and you are free to have one – the less people will meet it.

Potential mate populations aside, I’m willing to admit that the way people traditionally date – with the expectation that men approach women – might make it easier for a man to initially meet a woman. The real question is how much impact does one to one ratios matter if women don’t proactively choose from available men anyway?

The dating odds are in men’s favor: False.

For this to be true…read more.