3 Ridiculous NBA Topics That Come Up at the Barber Shop 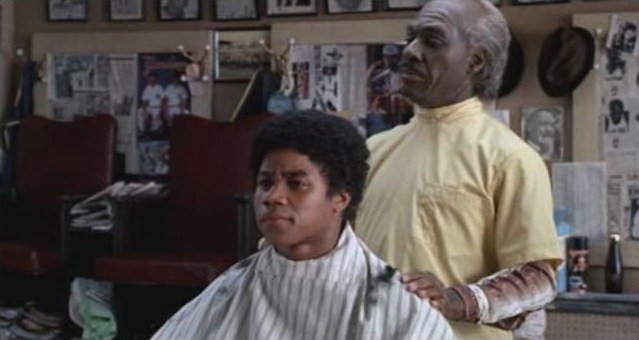 And there are the moments in between when you talk about everything from women to women, and Obama (in ’08 and this fall). There’s also a healthy dose of sports talk that makes each visit more fun. Armchair analysts are no stranger to sports. They’re the backbone of ESPN’s best shows. A special breed frequents the barbershop though; it’s actually quite hilarious. Here are three of the most ridiculous things I have overheard in the barber shop while sitting there like Cuba Gooding Jr. above:

Dwight Howard will never win a title because he smiles too much…that dude is weak.”

Dwight Howard, and the general subject of weakness, comes up often in The Shop. In basketball, there are the usual stats (points, rebounds, and assists), and then there is weakness: a metric without a numerical value that you can rate when you see a player.

Dwight has failed on this metric in barbershops across the country. About the 175683rd time Dwight Cranked that Superman, his chances of winning a title faded to black as far as The Shop was concerned.

In this hallowed ground, professional sports should be played by very serious guys displaying equal parts skill, swagger, and killer instinct. Players who dance with Ellen Degeneres don’t fit this mold, and are shunned in The Shop.

See Also:  Is Foreplay Only for Women?

The problem with this logic (besides the obvious) is that if this were true, Derrick Rose would have three or four championships by now. He is NEVER amused.

Yo…the Knicks are definitely winning the ‘ship this year.

Spoken by every barber I ever had while living in upstate New York and interning in Northern New Jersey, this prediction is wrong…every year. (Shout out to the More Than Perfect shop in South Orange, NJ)

Deep down, Knick fans know this year is just like the rest. Despite the most successful start to a season since the last time they won the championship, the Knicks have some issues that will do them in (like always):

The team’s offense has played off the charts so far this season. They have the most threes made at the fourth highest percentage. Shooting like this will cool off, especially when you consider New York has the oldest roster in the league. While Carmelo Anthony is still in his prime, the team depends on Amar’e Stoudamire, who’s broken, and players who were drafted while we were still in middle or elementary school. Rasheed Wallace is getting quality minutes, in 2012, for this team. Let that sink in.

To be fair, all fans believe this year is their year, but only one team can actually win. Knicks fans are just the loudest about it relative to their recent success. Laker fans are probably the loudest overall, but they have some rings to offset their ridiculousness.

See Also:  90210: How A High School Mentality Can Ruin A Relationship

You know the NBA gave the Bobcats to Michael Jordan because of what he did for the league, right?

File this one under “Conspiracy Theories,” which are thrown around The Shop recklessly. Forgetting the massive scale and 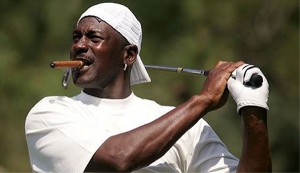 impossibility of keeping a secret this size, why would the NBA give MJ the Worst. Franchise. Ever. (TWFE) as a reward? And if he did get TWFE, why wouldn’t he get the Number 1 pick in the next draft? There are serious holes in this theory.

This is far from the only conspiracy theory spouted by crazies in The Shop. Here are the highlights:

The barber shop is, and will always be, a safe haven for wild, unsubstantiated sports theories. That’s part of the charm that makes it an institution. These are some of my favorites, what have you heard?

Hit the comments below!

tags: barbershop Men nba sports
previous Sports Hate: The Teams and Players That Make Me Sick
next 30 Things All Men Should Experience by Age 30