How One Man Became Jaded Part I 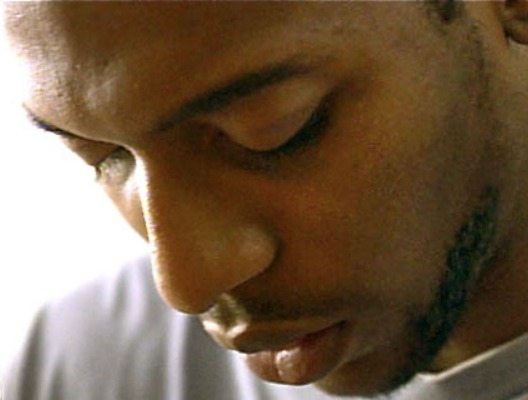 (Names have been changed to protect the not so innocent)

It’s general knowledge that women show their love and affection more than men; but when men fall, they fall hard. In the same breath when a man’s heart is broken, he takes it a lot harder than a woman would. Have you ever been around a man who has truly been hurt by a woman he loved? It’s not a pretty sight. Allow me to take you back to when I first became a little jaded towards love.

The year was 2004 and this wasn’t my first relationship (in fact it was my third). I had been in a new city for about a week and I was about three months out of my previous relationship. I walked into new student orientation and saw her. It was as if everyone in the room disappeared and all I could see was her. I thought she was gorgeous. And when she spoke to me, she spoke in a deep southern Georgia belle accent. “Hey, my name is Tunde,” I said. “Hey, my name is Stacey. Nice to meet you,” she replied. I knew then that she would be my girl.

I moved to Nashville without a car and didn’t have one for my first couple of weeks there due to an unfortunate explosion right before I moved. One day after class Stacey asked me if I needed a ride home. I kindly accepted her offer and when we got to my apartment I asked her if she wanted to go out with me.  Our first date was typical: dinner and a movie. I really can’t remember where we went to eat, but we ended up seeing “Without a Paddle” starring Seth Green.  I remember having great conversation about our lives’ ambitions and what our plans were for the years we were going to be in Nashville. I thought that we had hit it off nicely.

See Also:  The SBM #BeTheBetter Series: 5 Gym Machines To Avoid Like The Plague

A funny thing happened though. She started hanging out more and more with one of our teacher’s assistants (TA), Steve. They would show up to parties together and she would tell me that she hung out with him on several occasions. In my mind, I had officially entered the friend zone. I had one of two options: 1. Keep hope alive and pray that she would eventually see me as something more, or 2. Keep her at arms distance and refuse to be her friend. In high school, I got friend-zoned so much that I started to expect it. Not this time though. I chucked the deuces and kept it cordial inside and outside of class.

Something unexpected happened while we were on break during our first semester. She called me just to talk. “Why didn’t you ever follow up with me after our first date?” I was a little taken aback by her question. “Well I assumed that you just wanted to be friends plus I thought that you were talking to Steve.” After a long pause she told me, “Well I really like you and I assumed you weren’t interested. And to clear up any confusion, Steve and I are just friends.” After a couple more minutes on the phone it was decided that we would try the dating thing again once we both got back to Nashville.

We started that next semester casually dating and getting to know each other. The day our relationship was taken to the next level was when I went with her to go grocery shopping after class. As she opened her door to her apartment, we both noticed that the chain lock was on the door. This can only be done from someone on the inside. As I jumped the gate to her patio (she stayed on the first floor), I noticed that someone had pried her patio door open. Once inside I noticed that someone had burglarized her apartment.

While the police were on their way, Steve called and asked her for advice on furniture for his 2nd bedroom. When she told him now was not the time, he got mad. She asked me to stay the night with her because she didn’t feel comfortable staying there alone. I was a complete gentleman and I didn’t try anything because I knew that she was still shaken up about the burglary. That night we just laid in bed and I held her.

I thought that the summer of 2005 was going to be so great. We had to take a mandatory six-credit course called Recombinant DNA Technology. It was 5 days a week, 9am-7pm. In my mind, it would be bearable because I would have got to spend time with Stacey. Only thing is my greatness of my summer came to an abrupt end when Stacey broke up with me less than a month after I asked her to be my girlfriend.

tags: jaded men series Stories tunde
previous What's on A Black Man's Wishlist?
next The Dating Middle Class: Are We Ignoring the 47 Percent?