Home Featured A Post for the Men Who Want to “Save” Women
Featured
Men
November 28, 2012 Guest Post 39

A Post for the Men Who Want to “Save” Women 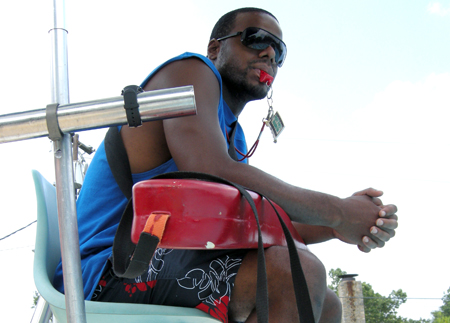 The other day, I was engaged in a discussion about relationships with @fromraewithlove and @MadameMonarch. I did more listening (reading) than participating, but I put forth one point that led me to this article:

Men who play Cap’n Save ‘Em need to better evaluate which women may actually need to be saved.

At some point or another, most men have played the role of Cap’n Save ‘Em.  Half of us won’t admit it, while the other half may not realize it.  Now familiar with the term? Well, Cap’n Save ‘Em is the man who runs to the aid of women who need or act like they need saving.  He’s the guy whose exceptional level of chivalry is deemed thirst, no matter how misplaced it is.

The Cap’n doesn’t really have any special powers.  What he does have is a (often wrong) wish to be all things to all women.  Nobody can do that but Jesus. It’s a tiring, stressful, thankless job.  Often times, Mon Cap-ee-tan is the source of his own stress.  Here he is, running to help a woman who may not even need his help.  Worse yet is the woman who doesn’t want his help.

The Cap’n has the energy and want to do some good in a woman’s life, any woman’s life, but nowhere to channel this energy.  He’s met the lady that doesn’t need him, but like Johnny 5, it doesn’t compute.  So what does he do?  He finds other women to direct the energy toward. Little does he know it’s to his own detriment.

All of the energy and effort the Cap’n has expended that hasn’t been reciprocated can lead to resentment.  Who is Cap’n supposed to be mad at though?  The women who took advantage of his assistance?  Not hardly.  The only one he should be mad at is himself.  Nobody held the proverbial gun to his head and made him do anything for anyone.

His compulsions and assumptions brought him to the point he’s at.  Not every Cap’n is going to be able to disregard these factors.  There are things that he can be done to guard against them getting out of hand though.  Things like:

1) What made him want to become a Captain in the first place – There’s a saying: “how can a person know where they’re going if they don’t know where they came from?”  If he doesn’t know why he is always trying to save every woman, he’s going to continue attempting to save each one.

2) Identify why chosen women “needs to be saved”– What is going on with her that makes her so special?  Is there history with her? Have others tried to “save” her and been rebuffed?  A man is going to be putting time and effort into “getting this lady right.” It’s best to make sure he knows what he’s getting into.

See Also:  SBM Sports: What to Do with the New York Knicks?

3) Know your target savee – Not every woman is a damsel in distress.  There are certain clues that women give off that help identify those who are.

4) Know when to let go – There’s a marked difference between giving up and giving in.  Giving up implies failure to meet a desired result.  Giving in implies having the wisdom to know the desired result isn’t achieveable.  It’s okay to not save each one.

5) Don’t rush out trying to save the next one, especially if the last one didn’t need or want you – Take some time and really just relax.  Analyze what went wrong, or right.

6) Realize that it’s okay to not be Cap. – Maybe it’s time to hang up the cape.  Understand that there is a woman who’ll appreciate the time and energy that is expended.  She’ll not want a savior, but a man who at least possesses the qualities — a man that can be there should she need him.

I stated earlier that some women take advantage of the (non)superheroes whom they meet.  Not all, but some. And it’s going to keep happening.  The best these men can do is not let their experiences with one woman affect their interactions with another.

See Also:  Confessions of A Simp: It Happens, Learn From It, Move On

What advice would you give to men who feel compelled to try to save women? How would you define Cap’n Save ‘Em? Looking forward to your thoughts.

Darrk Gable is a man on a mission to expand minds, including his.  He has latent talents that are just starting to arrive on the scene. Darrk looks at life from a biblical practical aspect and shares truths that are self evident. If folks don’t agree, well God bless ‘em anyway.

previous Do Holidays Really Define Your Relationship?
next Revisiting a Classic: What's Your Love Language?