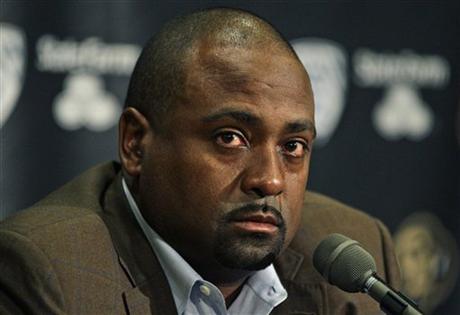 Before getting into this post, I want to address the tragic situation surrounding the Kansas City Chiefs. I’m happy the team won this Sunday, but feel the game should have been delayed. Now three days after the shocking murder-suicide of Kasandra Perkins, there are still unanswered questions and unrest as everyone tries to unravel what happened. I don’t want to disrespect the story, or those involved, by shortchanging or trivializing the event by speaking on it without having all of the information.  Jovan Belcher was obviously a troubled man, and his actions will reverberate in the sports and Kansas City communities, as well as with the friends and families of those slain, for decades.

Aside from this horrible news, there were several newsworthy sports developments in the past week.

Gregg Popovich trolled the NBA by sending his best players (and Danny Green) home before a marquee match up with the Miami Heat on national television. The Spurs received a well-deserved fine, and hopefully this serves as a deterrent for all teams in the future. The NBA is an entertainment entity. Fans pay hundreds of dollars a game on tickets, parking, and concessions. Broadcast companies like TNT pay billions to show some of the world’s best athletes. Cheapening the product by excusing the best players for dubious reasons threatens the league’s revenue, which cannot be excused.

The BCS Championship in college football is set with Notre Dame and Alabama squaring off in Miami next month. The game features two very hate-able names in Notre Dame football (detailed here) and Nick Saban, the Napoleonic football-coaching robot who represents everything fans hate about the SEC’s recent dominance. It’ll be interesting to see which side America leans.

Finally, University of Colorado football coach Jon Embree was fired, opening a discussion about minority coaches in the sport. 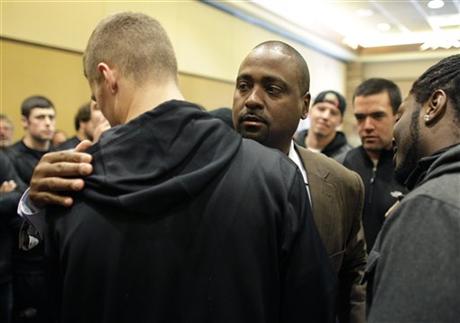 In his emotional press conference, Embree commented on the state of minorities (specifically Blacks) in the coaching ranks. He brought up the regrettable fact that all minorities who take head coaching positions know they have almost insurmountable odds to overcome. Many are hired to low-level or struggling programs and given a short amount of time to turn things around. Embree was hired to a five-year contract, but let go after just two unsuccessful seasons. He inherited a rudderless team coming off of five consecutive losing seasons. Because of the typical player transfers that come with the hiring of a new head coach, he started this season with just eight (!) seniors on the roster in the Pac-12. A situation no coach would want to take over given that it would definitely take more than two years to fix. While his team struggled on the field, they graduated at the highest rate the university had ever seen. A fact apparently overlooked by school officials.

Embree also mentioned that all minority coaches take these bad jobs knowing they will never get another head coaching position once they are let go. Aside from Tyrone Willingham, who was fired by Notre Dame and went on to coach at the University of Washington, there aren’t any examples of minority coaches who have used one job as a springboard to another. This made me wonder: is Embree right, or is this a case of sour grapes?

In a field where 100% of conference commissioners and 84% of athletic directors are white men, it’s no wonder why this is an issue that has persisted. As it stands, 17 FBS head coaches are minorities out of 120 programs. So what can be done?

See Also:  Sandy Hook: What You Should Be Thinking a Week Later

I propose two solutions: a “Rooney Rule” type adoption in major college football where schools have to interview a minority candidate for all coaching vacancies. Forcing schools to comply is brusque and would take time, but it is more important to get minorities in the pipeline of “hirable” coaches so the same retreads aren’t given decent opportunities.

Second, I’d love to see players speak up on their own behalves. Most players are minorities of various descents (watch any ESPN Top Ten). Wouldn’t they prefer to be coached by someone who more closely shares their experience – as long as they have played the game and been successful at a position coach or coordinator position?

These are my imperfect solutions to a problem that, unchecked, could persist forever. What do you think, SBM football fans? Do you care that so minorities are shut out of the coaching ranks? Is there a solution that will work better?

tags: football ncaa sports
previous The Best Black Blogs and Websites to Read in 2013
next Wow: Woman Texts "How's Life LOL" to Ex After Driving Over His Mom