Home Around the Web Wow: Woman Texts “How’s Life LOL” to Ex After Driving Over His Mom
Around the Web
Other Stuff We Like
December 4, 2012 SBM Staff 9

Wow: Woman Texts “How’s Life LOL” to Ex After Driving Over His Mom 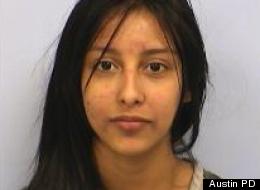 Breaking up is hard to do.

Elizabeth McClain, 22, allegedly ran over her ex-boyfriend’s mother with a car in Austin, Texas, after stalking the man for three months, the Austin-American Statesman reported.

As McClain drove away from the crime scene, she allegedly sent her estranged lover a text message that read, “Hows Life LOL,” (Sic) according to KXAN.

Ryan Boyd, 25, told police he and McClain dated for about three years before he broke up with her in September, according to KVUE.

You think??!?!
Click here to read the rest of the article.
SBM fam, are people getting crazier or is there just more access to information? Crazy story. This takes busting the windows out the car to a whole new level.
SBM doesn’t condone domestic violence or reckless acts of aggression.

previous The Un-winnable Game Black College Football Coaches Play
next A Month After the Election: The Obama Conundrum