Do Men Prefer Models Over the Everyday Girl? 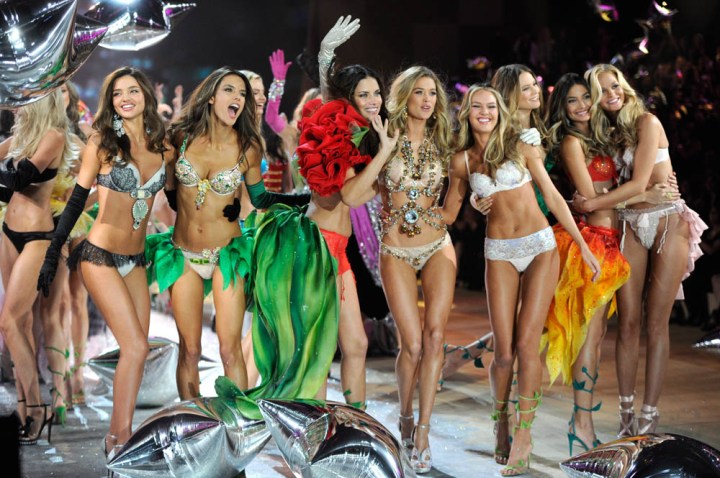 Each year I watch the Victoria’s Secret Fashion Show and it gets me to thinking… are men predisposed to think all women should resemble these models? Let me be the first to say, “Hell No!” But let’s really sit down and examine the disconnect that men have between the women they see in the media and the ones that we see on the regular basis. I think I speak for all real men when I say, just so you know there’s a lot of airbrushing and photoshop that goes into you thinking these women are goddesses. Regardless, as men we sit and we watch and we admire and somewhere along the way women cringe at the result.

Here’s the thing, most women aren’t going to be 5’9” and 125 lbs, that’s just unrealistic. I think it’s important that women know that as men spend countless hours on Instagram and Tumblr we’re very aware that what we really want is something that we can hold and call our own.

So… Dr. J figured he’d take a closer look at what was going on with the fact that men spend more time talking about models and bottles than the women they actually see on the regular basis. I put it like this to the people, everybody likes eye candy but we know at the end of the day it’s not going be our reality. It’s the fact that we don’t always communicate that we don’t expect that to be our reality that causes problems. Realistically, we don’t expect our women to always have perfectly permed hair and sitting in matching bras and panties. Yes, no man alive has ever been about to engage in coital activities and turned it down because her panties and bra didn’t match.

So let’s keep it all the way real…

Why aren’t there more realistic images of women on TV? Simple, because the images that are on TV are driven by consumerism. There is a need to have these women that are generally accepted by all before they fit the images that men like to see. I said on Twitter last night, “I would really like to see a Show Magazine Fashion Show” and that’s because we love curves and all that other jazz. Yes, there are some brothers who love there women slim, trim and thin, but that’s not all of us. Personally, I’m a fan of all women. That means size 0 or 13, I’ve got love for you.

But where does that love come from or where does it propagate itself in our preferences? It’s the confidence that a woman displays. It’s the fact that she can sit with you and watch the Victoria’s Secret Fashion Show and know that after it’s over you’re about to put some work in her in the bedroom. Moreover, it’s independent of the fashion show, it’s because he just loves your body.

Therefore, what I really want to take away from the fashion show is that if men love you and your body it shouldn’t matter what happens on Twitter for a few hours. Only deal with men who can appreciate your body for all its glory. That’s what you want.

I’ll tell you guys a story before I go; I tend to frequent this nightclub called Stadium in DC. If you haven’t heard of it, it’s awesome. A few weeks or months ago, my boy and me were sitting there talking about who our favorite models were and I said this, “I like this one right here because I like a girl that fits into my arms and what I want to do.” Y’all who have met me know that I’m about a buck-60 soaking wet in my jeans in a thunderstorm. I don’t want something that’s on a music video, that’s cool to look at but it ain’t really what I want in my bed. I also want a girl I can imagine myself with for a long time, so it ain’t a bone thin girl who looks like she won’t chow down on some wings and beer with the big homie. For that very reason you’ll only see me go with a girl who seems natural and real.

Write that down ladies, as much as men like to profess themselves as being “real” they also want a “real” woman. Something that they can say isn’t some dream, but something that’s a reality. Keep that in your mind when you’re thinking that the VS Models aren’t realistic and are not what men should be looking at. We’re not checking for that, we’re checking for that girl who’s going to hold us down and look good in our dress shirt, not VS Angels.

previous How One Man Became Jaded Part II
next Why Do Men Ignore Women Then Call Them Crazy?