Home Featured Why the Engagement Ring Isn’t as Big a Deal as You Think
Featured
Marriage
December 7, 2012 Guest Post 21 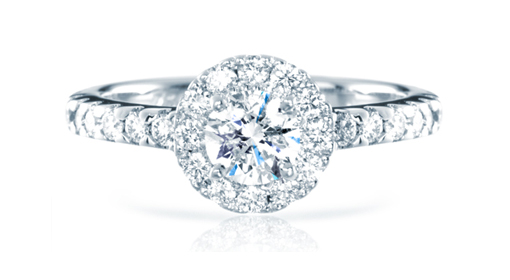 This post is a response to a previous post about engagement rings on SBM. I’d like to complement the post with some of my own observations and views as a female. You see, jewelry is really personal to me and a lot of other women. Each piece has a back story, they compliment my outfits and moods, and they play a tiny role in who I present to the world when I walk out the door in the morning. The most personal jewelry a woman can wear is her engagement ring, but proposals aren’t about jewelry, are they?

Grown women like to flash a little sparkle. It compliments our curves. You know what else I like? Spanx. But I don’t define my relationship or my identity by either of those things. The idea that every black woman wants to rock the most expensive rock on their finger is a misconception that places a macabre expectation on the men proposing to them. This expectation subconsciously requires men to reward a loving partner with monetary gain and belittles the importance of reciprocating respect.

I’m about to go there: one of the 5 Love Languages is receiving gifts. It’s true. This only applies to one-fifth of black women, and it doesn’t imply materialism. More importantly, it doesn’t imply cost. If your girlfriend is disappointed that you won’t bankrupt yourself for her, or thinks she deserves to bankrupt you, run. Run in the opposite direction. Every kiss does not begin with Kay, boo.

See Also:  Nine Lethal Words Women Use That Men Should Look Out For

Your woman’s ability to radiate is not jeopardized by synthetic rocks. Your credit score, on the other hand, might take a hit if you purchase an engagement ring you can’t afford.

I need to know that you have your life together before I’ll say “yes!” to spending mine with you. Financial security is sexy. Nest eggs are sexy. Moving into a home we bought together after the honeymoon is sexy. Delaying our plans to start a family because we have to pay off a diamond? That is the opposite of fly, not to mention that it’s counter-intuitive.

Even if we’ve paid off our student loans and aren’t living check to check, an extravagant diamond is an unjustifiable expense for most newlyweds. Unless we’re hiring a chauffeur (for the yacht) and agree to stop complaining about gas prices.

An engagement ring is more than a one-sided symbol of your love, it is a symbol of our love. It does not answer the question “How much doe$ he love me?” or “How much i$ my lady worth?” (Don’t hate me for this, but neither is a pre-nup.) Your diamond isn’t the period at the end of the sentence “happily ever after.” This doesn’t mean that the ring won’t be meaningful, of course. Something you cherish about your woman is her ambitiousness and the life goals you have in common, such as marriage, after all. That’s nothing to balk at.

In the act of engagement ring shopping, keep in mind that your future bride has dreamed about her engagement ring dozens more times than you. Unless you’re psychic, you won’t pick out the ring she has in mind. You probably won’t get anywhere close. Temporary “placeholder” rings can be cheaper than a fast food value meal and can carry a lot of symbolism in and of themselves:

Placeholder rings ultimately send the message that you want to give the rest of your life to someone. The focus is put on the individual that you adore and love to the extent that you can’t imagine your life without them. You can’t buy that kind of romance.

I agree with SBM’s words about blood diamonds: that we must break outdated traditions when they become malevolent, no matter how conventional. I would add that a chivalrous man can’t help but question such traditions.

Lets talk about chivalry for a moment. There are a lot of misinterpretations of chivalry – holding a door open for a lady, removing your hat when indoors, speaking with respectful words – this is basic politeness. Real chivalry goes beyond your ability to conduct yourself like a grown man. The concept of chivalry means displaying exceptional or unprecedented valor and backbone. Challenging the status quo because of your convictions shows valiance, gallantry, and all those other words associated with knights in shining armor. I don’t know about you, but I want chivalry in my love-life.

Guest author Malia Anderson is a financial content expert from Greensboro, NC. While her dream is to sport a chocolate diamond from Peled Diamonds, she wouldn’t turn down the right man if he proposed with a chocolate cupcake.

tags: Marriage Relationships
previous A Money Conversation Every Couple Should Have
next How to Find a Good Relationship Partner