﻿Can Men Really Be Alone? 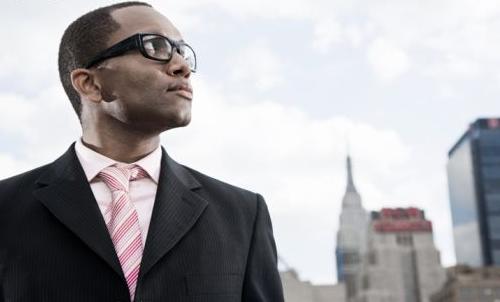 A couple nights ago, I had finished speaking on a panel about Black Men and their presumed “Wishlist.” After the panel discussion ended people in attendance were encouraged to mingle with one another for networking or potential future dates. As me and one of the other panelists worked the room to thank people for coming out and answer any follow-up questions, we came across a young man who opted out of the networking part because he said, “I’m taking time to focus on myself.” It’s a surprising answer and position to be in because many times women are under the impression that men cannot be alone. However, men do spend periods of time alone and they are fully capable of doing so without necessarily having a warm woman to tide them over.

A few years ago, I had just broken up — or had a situation fizzle — and I embarked on a very unhealthy few months of life. I had experienced so much drama that I began to project some of that frustration onto other women because of my inner pain. I went out too much, I drank too much, I lied too much (and didn’t care when I got caught in those lies), and overall I made a lot of bad decisions. At some point when I realized exactly how unhealthy my behavior was becoming I decided to take 90 days for myself. I wouldn’t talk to any women, I wouldn’t date any women, and most importantly I didn’t sleep with any women. It was a very personal time for me, I stayed to myself and kept myself out of temptation’s way. Prior to the 90 days ending, I decided that I would extend it to 120 days, and then 180 days, and eventually it ended around 210 days, but I had succeeded in emotional rehabilitation.

I think that the presumption that men can’t be alone for any period of time is not one that has no basis or reasoning. I know several men and women who are incapable of being alone because they aren’t really big fans of themselves. Yes, that’s the real reason. It’s not about being lonely and taking lesser options, it’s about being with yourself. I knew that the anger that I was projecting was coming from a place of hurt or frustration with myself. I started writing more, I went to the gym frequently, I picked up new hobbies and I began to rebuild and repair myself, not many men are willing to do that.