Home Entertainment Who Is Trinidad James? The Man Behind All Gold Everything
Entertainment
Music
Other Stuff We Like
December 11, 2012 Dr. J 8

Who Is Trinidad James? The Man Behind All Gold Everything 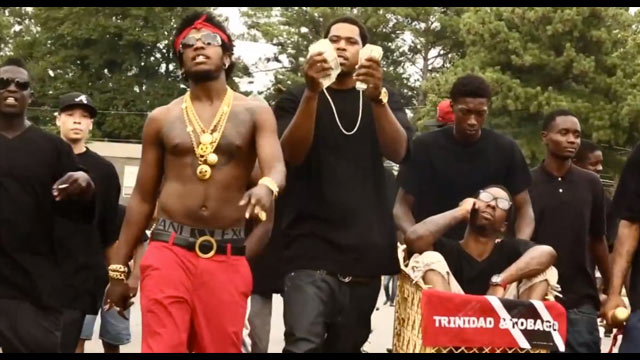 The Internet is buzzing; whether it be Twitter or a random gchat from an old homie, everyone wants to know: Who is Trinidad James? You may have heard the song “All Gold Everything”  in the club or seen several tweets and statuses on Facebook, but why now? Why is he suddenly the most popular guy on the radio? Short answer? Not a clue. Better answer? Take a look at the next few slides for a more in-depth look at this week’s internet sensation, Trinidad James.

Trinidad James is an Atlanta-based rapper who even up to this point doesn’t have a Wikipedia page.

He’s originally from Trinidad, but doesn’t remember much about it since he came to the States at a very young age.

1His recent single, All Gold Everything, has received a ton of attention from the Internet and hip hop fans alike.

This is really the only reason why we’re here. The music video for All Gold Everything was so hilariously dope that we couldn’t stop watching it over the last few days. That and the now infamous one-liner, “Popped a Molly, I’m sweating… WOO!”