Home Featured The State of Black Marriage: Whose fault is it?
Featured
Marriage
Relationships
December 12, 2012 WisdomIsMisery 55

The State of Black Marriage: Whose fault is it? 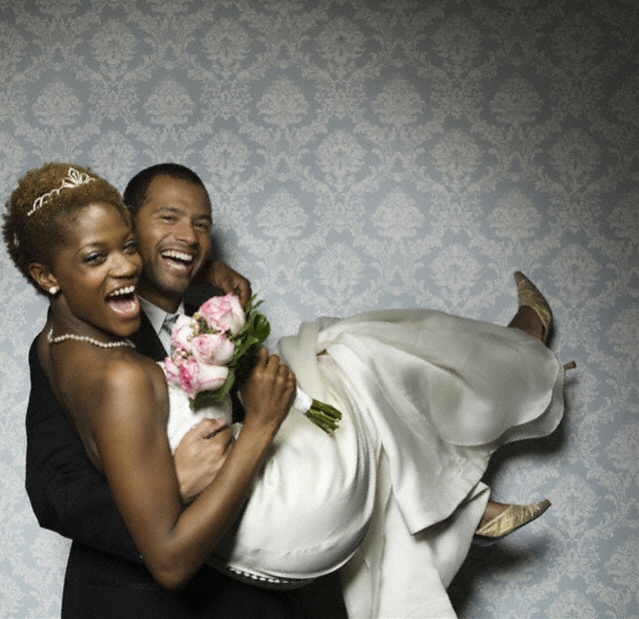 Answer: It’s complicated. Although, the real question we should probably be asking ourselves is, “Is there really even an epidemic?”Ascribing solutions in search of a problem is like bragging about the surgery was a success, but the patient died. More on that later…

Yesterday, ClutchMagOnline ran a story titled, A Call to Action: Help Single Black Men Keep A Woman. This post was a new twist on an old theme – what is wrong with black people and why aren’t they getting married? The twist, in this instance, was to blame the lack of marriage in the black community on black men, instead of black women, as is usually the case.

As a writer, I respect the writing hustle. Sometimes you have to throw a cleverly titled post, followed up by equally talented one-sided un-objective prose. I get it. Every now and then you have to switch up your style and toss some blatant ratchetness into the environment for digestion or the people won’t listen to you, just ask Two Chainz. I respect the author’s, Demetria L. Lucas, right to express her opinion however she sees fit. That’s why I’m not going to bother to refute her opinions today. I plan only to dispute the facts she used to develop her opinions. Before we move forward, an excerpt from the original piece:

I’m concerned about Black men. I saw a statistic that found a shocking number– 73.1 percent— between the ages of 25 and 29 had never been married. And as I read and thought of the emptiness in their single lives, I wondered, why there are so few stories addressing this startling epidemic. I mean, there are far fewer Black women that are unmarried, and selfishly, all the concern is about them.

Look, I get it. Black stories about Black women and the “tragedy” of being single are popular. Advertisers want numbers to spend dollars, so stories like “Why Black Women are So #$@%ed Up”, which do record numbers for page views, comments, ratings, etc., keep getting written.  Story after story highlights what Black women do wrong, how we could change this, stop that, blah, blah, blah. This is unfair to single Black men who need major help on keeping a woman.

Just last Friday, I read a story on BlackEnterprise.com entitled, “Why Many Successful Black Women Can’t Keep A Man”, the most recent in a long, long list of stories about why Black women are soo–oohhh single. I was troubled to find yet another article that continues to ignore these troubled men. How will Black men ever get and stay married, the only achievement in their lives ever worth celebrating or acknowledging, unless there is an active effort to also tell them how they are routinely failing at love and how they can someday become loveable?

Contrary to what is obviously popular belief, maintaining a relationship is not solely a woman’s domain…read more.

In the interest of full disclosure, later in the day an SBM reader told me that the Clutch piece was satirical – and it was an indirect response to an old article written by thrice-married Tracy McMillan, which some of you might be familiar with, Why You’re Not Married. That may very well be true, but what can I say…SBM needs page views too.

In Demetria’s piece, she found a “shocking” number of men between the ages of 25 – 29 had never been married, 73.1 percent to be exact. Interestingly enough, I too was shocked by Demetria’s shock, because if she had read the source of the very source she cited in her piece she would have found out two additional facts that would have made this shocking information less than shocking. Fact #1, 70.5 percent of black women in the same age range had never been married. Fact #2, at no point since 1890 to present date have black women ever married at a later age than black men. While close, as of 2010, the median age at first marriage for black women and black men was 30 and 30.7, respectively (FYI: it’s 26.4 and 27.8 for white women and men, respectively). As a result, looking at age groups from 25 – 29 doesn’t even tell half of the whole story when 30 is the median for both black men and women. I know things like facts and objectivity have no place on the Internet, but please bear with me. Since we’re off to such a great start, let’s use even more facts to see what else the US Census Bureau tells us about the state of black marriage, shall we?

It seems more than a few people around the web have forgotten our youthful motto of days past, “reading is FUN-da-mental!” See how interesting facts can be? Fortunately, for those of you who aint about that reading life, The National Healthy Marriage Resource Center made a chart (based on 2001 census data). Pictured below:

See Also:  How To Turn Her On

As this chart shows – and I have said a million times before (like here and here) – there is no black marriage epidemic. Although, I do recognize that writing pieces on said epidemic, even if made up, guarantees page views and comments. There is an added bonus if you can find a new way to blame black men or black women for the epidemic without attributing the source of the problem to both, since, as far as I can tell, the two represent the same community of people and would likely benefit far more from working together than tearing each other apart, but what does WisdomIsMisery know. Further, despite all the vehemently derogatory rhetoric directed at one another, as I wrote about here, approximately 90% of both black men and women, when they do marry, will do so with another black woman or man. Go figure.

Of course, there is always the other option that so many websites, blogs, and news sites seem quite content with: wasting more years, characters, blogs, and news stories dedicated to scripted finger pointing at black men and women while every other race around us gets married. Clearly, this strategy has proven effective, right?

tags: black Marriage rates
previous Why Some Men Are Afraid of Women
next How One Man Became Jaded: Part 3