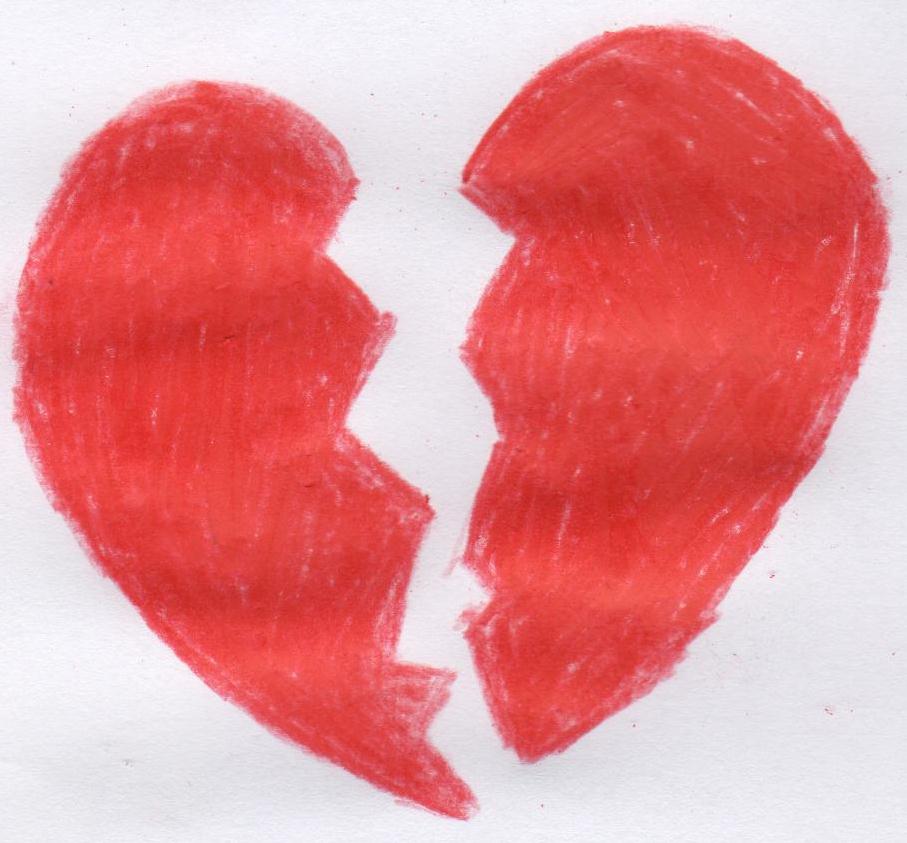 Breakups are hard.
Even if you don’t like them anymore and you know breaking up with them is for the best, it’s still pretty unpleasant.
There’s a long list of reasons why I’m none too fond of break-ups, but these are my 5 reasons why breakups are hard.

The worst thing about breaking up with someone is that in addition to being your boyfriend/girlfriend, they were also your actual friend. Someone who once occupied a large portion of your day in a variety of different ways is no longer there.

In relationships, your significant other is usually the first person you call when ANYTHING happens. Had a bad day? Call your boo. Got some good news? Text your boo. Both of ya’ll got desk jobs? Gchat gets lit up from the time you walk in until the time you get home.

It’s easy to take for granted just how much you rely on daily contact with someone. And the more you rely on that contact, the more jarring it is when it’s no longer there. All of sudden you realize how much your phone doesn’t ring. How infrequently you get text messages. How you’re really not interested in talking to anybody on your Gchat list. Those first few days and weeks after a break up when you’re still searching to fill the hole in your heart that person left?

Breaking up with someone, you didn’t just lose a relationship. You also lost a friend.

Breaking up with someone doesn’t just entail breaking up with THEM. It also includes breaking up with their family and friends. Granted, this may not be an issue for some but if you had a pretty good relationship with the inner circle of your significant other, the separation can be a bit more difficult.

The cousin who worked at Comcast who was going to hook you up with free cable? Nope. The sister who had the boyfriend who worked at Best Buy and was going to get you that TV on sale? That’s over. Being able to call up their mother and invite yourself over for dinner because you knew they’d set you out a plate just off of general principle?

Bad enough that breaking up with someone means you’ve lost a friend. In a lot of cases, you might have just lost a family too.

A side effect of being in a long term relationship with someone is the memories you create with them. You get to know all their ins and outs (no pun intended). Favorite foods, brands, places to shop, TV shows, and how many sugars they like in their coffee. The drawback is, once you start to associate that person with all of those things it becomes rather difficult to dissociate the two.

All of sudden, you can’t watch certain TV shows because it reminds you of them. You don’t want to eat your burger with extra cheese and onions because it was your ex’s favorite. You walk outside and smell a certain perfume/cologne, or you hear a passionate argument about your ex’s favorite artist, it seems like little reminders of them are everywhere.

See Also:  5 Things Men Do that Women Hate, but Tolerate Because They Care

I remember one time during a break up I was cleaning out my drawer and I found a shirt buried in the midst of the other clothes. I didn’t recognize the shirt at first. I ended up pressing the shirt to my nose (don’t ask me why I did this) and it smelled exactly like my ex.

I never dialed her number so fast in my life.

There tends to be a startling amount of self-scrutiny involved when a break-up happens. Assuming you’re in the business of taking personal responsibility, the first thing you decide to do is find out what part of the break-up may have been your fault.

“Did I spoil her too much?”

“Did I not set good enough boundaries with him?”

“Should I have not nagged him so much?”

“Should I have been more firm with her where I stood on certain issues?”

Those questions tend to happen in a rapid fire motion with thoughts traveling at the speed of light. Relationships are interesting, in that they sometimes do a very good job of showing you who you are. It’s one thing to trot out lists of things you like, don’t like, are willing to accept and not accept, but the relationship history and people you tend to date really says it all.

The long term effects of grading your actions and coming up with plans for how you won’t make the same mistakes cannot be undervalued. Going through the actual process however? Not as much fun.

See Also:  He's Not in Love ... He's a PIMP: The Truth of Ignorant Females

The use of any of the “big three” social networks (Tumblr, Facebook, Twitter) will show you how incredibly volatile break-ups can get. A simple change in relationship status on Facebook from “in a relationship” to “single” will give rise to any number of comments and “likes” on said status change. It’s becoming increasingly rare for two people to privately break up and deal with their emotions.

Now you get to watch the story break in real time. ESPECIALLY if you’re on Twitter, which is home to some of the messiest ‘relationship ending’ I have EVER seen in life. When it comes to relationships, watching Twitter is like watching the “Maury show” in real-time where there are new guests every day.

The constant timeline searching, the subtweets, the retweets, other people pitching in, then someone figuring everything out…it’s a recipe for all types of disasters to happen. Social networking can take your average, normal break-up and turn it into drama that would rival that of any reality TV show.

In any event, these are only but 5 reasons why break-ups tend to be the worst things that can happen to people. What are some of the reasons why you think break-ups suck?

tags: Relationships why breakups are hard
previous Could You Wait Until Marriage for Sex with a Non-Virgin?
next Her Words: Confessions of a Crazy Chick