Time to Face Facts: The New York Knicks are For Real 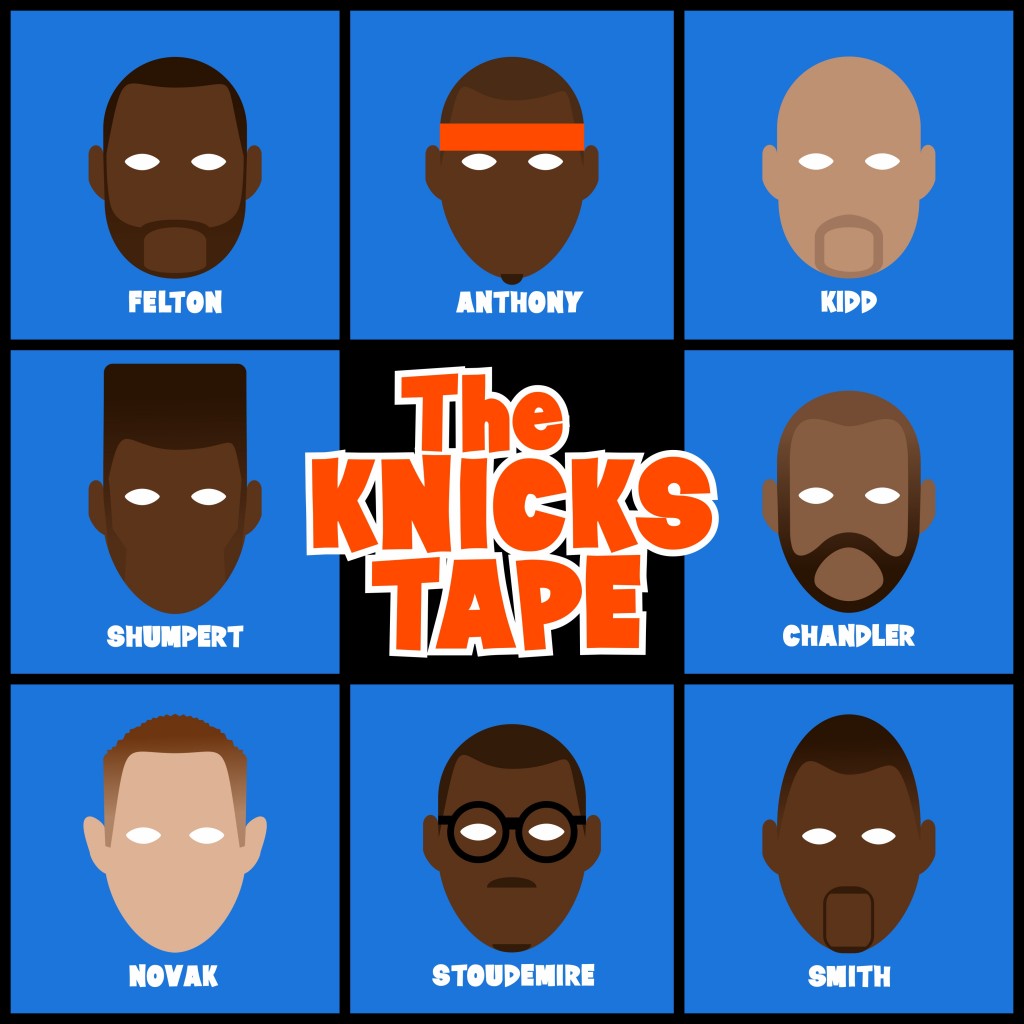 It’s finally time to admit it: the New York Knicks are contenders for the Eastern Conference — even if they did get blown out by the Rockets…twice. I thoroughly enjoy ribbing Knick fans because there is so much material (Isiah Thomas, 40 years without a title, Eddy Curry, Jerome James, etc.) and they always react. This team has piqued my interest, though, because I can actually see a scenario where they upset the Miami Heat and make it to the Finals. They are currently sitting atop the Eastern conference, so I have to give them their due.

To be fair, we are roughly a quarter way through the NBA season. That’s the equivalent of four games in the NFL. At this point in the football season, the Cardinals were headed to the playoffs, and the Philadelphia Eagles had just defeated the NY Giants; both showing they were a force to be reckoned with in the NFC East (lol).

That aside, there are some reasons to believe in the Knicks. This post will hurt to write, but here goes:

The “Expendables” have come through

Allow me to explain the movie reference. The Expendables, a cheesy action movie from 2010, is an ensemble movie with several of the oldest action stars still shuffling around. When I saw the preview, I couldn’t look past the haggard faces of most of the cast. I expected them to amble around the screen, deliver a couple of catchphrases, then (mercifully) fade away forever. Instead, the movie actually delivered! (Still have to catch up on The Expendables 2.)

How does this relate to the Knicks? Well, the age of the Knicks roster has been beaten to death over the course of the season. While it’s true they have the oldest roster ever assembled, coach Mike Woodson is managing the situation perfectly. Kurt Thomas (age 40), Rasheed Wallace (38, two years removed from the League), and Jason Kidd (39) fill roles without having to play 40 minutes each. Instead, they contribute where they can before being exposed by playing too many minutes in any one game.

This doesn’t just apply to the old guys on the roster. Ray Felton ate his way out of Portland and joined the Knicks in the wake of Linsanity. He boldly declared he was a better point guard than Jeremy Lin, and has been proven right so far (even though Lin will start in the All Star game…but that’s for another post). The role players for the Knicks have been perfect compliments to (a healthy) Carmelo Anthony and Tyson Chandler. This ignores the fact that…

They have talent waiting in the wings

Say what you will about Amar’e Stoudemire and his apparent lack of chemistry with Carmelo, you’d rather have him on your team than not. Plus, the Knicks’ hot start gives him the opportunity to wait until he’s completely healthy before rejoining the team. Stoudemire has to see what’s going on without him, right? When he returns, I expect him to come off the bench, lead the second unit, and play in crunch time. This allows the Knicks to establish Carmelo’s offense 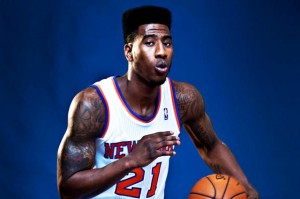 early and play off of Stoudemire pick and rolls against the opponent’s reserves. Definitely an ideal situation.

Aside from Stoudemire, the Knicks are waiting on Iman Shumpert to return from the knee injury he suffered in last year’s playoffs. He appears to be close to action, and when he does, he’ll add some defensive balance to JR Smith’s “every pass is a bad shot” offense. Shumpert is also sporting the best high top fade in the league right now. Not sure how this impacts his play, but it cannot be ignored. Sorry, Norris Cole, you are number two. That is a terrible segue to my last point…

The Heat are flawed

This year’s Heat team hasn’t played as well as years past, especially defensively. Their record may not indicate it, but they have slipped noticeably on that end so far this year. Their Defensive Rating, a measure of how many points a team gives up per 100 possessions (to adjust for pace of play), has them below the league average (they were 4th last season). The Heat give up too many threes and rebounds, areas where the Knicks can (and have in two blowouts this year) take advantage.

This could be a case of boredom for Miami. They know they can turn up their defensive pressure at any time, and they have shown that ability late in games. LeBron James is currently averaging the fewest free throw attempts in his career since his rookie season. Seems like a guy who is holding back, saving the wear and tear that comes from frequent trips to the lane. With the pressure to win now behind them, it’s easier for the team to conserve their energy, knowing they can revert to their old selves in the playoffs. 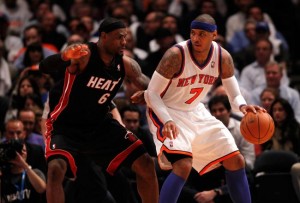 As a lifelong Pistons fan, I’ve seen this movie before. The Pistons made six consecutive Eastern Conference Finals during the early 00’s, and you could see them drift in and out of games, especially against inferior competition. Unfortunately, they couldn’t always muster enough to win at the right times, and those six ECF trips only netted one championship. This is the danger for Miami. If they let teams hang around, their margin for error slips considerably. Thankfully for them, they have LeBron James, the best player in the world. But let’s say the Knicks hold on to the top seed in the East…couldn’t you see them getting hot in Madison Square Garden and blitzing the Heat in the playoffs with homecourt advantage? I can. Which is why I believe New York is a serious threat to upset the Heat and represent the East in the Finals this year.

After all that Knicks praise I need a shower. In the meantime, what do you think? Are the Knicks a real contender? Or has their early success been a case of fool’s gold? If not New York or Miami, who do you have coming out of the East this season? Let me know in the comments below!

tags: basketball Knicks sports
previous A Few Days Later: So About the Cornball Brother...
next Instagram's New Terms Of Use: 3 Reasons Why I'll Probably Quit IG