Something’s Missing: How to Cure Your Emptiness 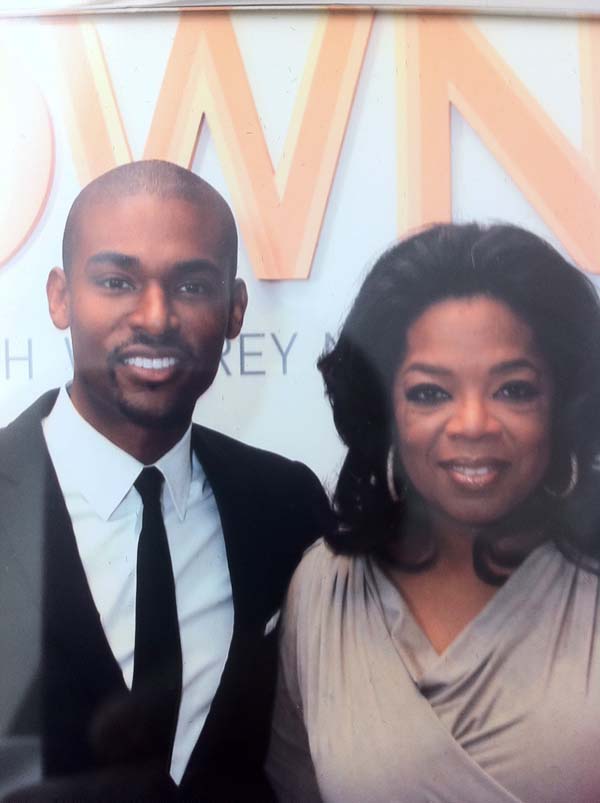 I was on Paul Carrick Brunson‘s site yesterday and came across a potent article titled “How I Cured My Emptiness.” For those unfamiliar with Paul, he’s a certified Life and Relationship Coach, as well as a Professional Matchmaker. I first found out about him via a comment he left on SBM circa late 2009, when he was just getting started with informational Youtube videos offering helpful tidbits on dating and relationships. He was unknown across the internet at the time — just as “average” as you and me. But since then, he’s been on just about every website and in every magazine that reaches the majority of people that read this site daily.

I wouldn’t define success by being internet popular. However, I would (jokingly) define it by meeting and/or working with Oprah, which is something Paul did. If that ain’t a sign that you “made it” and life is grand, then I don’t know what it is…or so I thought until I read the following article where he reflects on an interview about his 2012.

Note: I’d go as far to say you’re doing yourself a disservice by not reading what’s below. Hope you enjoy and would love to get your thoughts in the comments.

Reporter: You had such an incredible year, I would imagine the best of your life, right?

Me: Hmmm (I thought long and hard about the question).

Reporter: Wow, you have to think about it? Shouldn’t your answer be an automatic YES? You starred in 2 new shows on the Oprah Winfrey Network, released a bestselling book, became nominated for an NAACP Image Award, and also your industry’s Best Matchmaker and Relationship Coach of the year nomination!  Come on man, what more could you want?

Me: No, it actually WAS NOT the best year of my life. In fact, I wasn’t very happy this year.

I learned an important lesson this year: Happiness is driven by feeding our values. It’s that simple. Don’t feed your values and I guarantee you’ll feel a substantial part of life is missing. Feed your values and you will possess a sense of fullness beyond measure.

What are values? These are our guiding principles of life. I like to call them our rule book of living. We all have values. No one has better or lesser values than anyone else. For example, my top 3 values (in priority) are: Spirituality, Family, and Creativity. What this means is that I live for these categories, they are essentially the fuel to my being. Without them I am empty.

As I reflected upon 2012, I realized despite my many blessings, I neglected feeding my top values. I spent less time practicing my faith and fellowshipping than any year in my life. I spent less time with my immediate family. I didn’t create or innovate like years before. Instead, I mostly participated in activities where I was a role player, not a role maker.

A feeling of emptiness had been weighing on me throughout the year but I felt ashamed to publicly talk about it. I mean, how foolish would it look if I tweeted a photo of myself eating dinner with Oprah and the next tweet said I’m not happy with my life right now…lol. But I’m putting an end to my front today. My strength for speaking up comes from knowing I’m not alone. Also, I’m driven by wanting to share how I was able to remove the mean mug from my face.

Just a few weeks ago, after discovering the anorexic state of my values, I made a promise to myself that I was going to start making decisions as best as I could within the framework of my values. And when I did, it was just like I hit a reset button, and that old friend happiness came charging back! I started attending church and fellowshipping throughout the week! Adjusted my schedule to travel less and be at home the majority of the week. I started driving and picking my son up from school. Also now, on weekends there is a high likelihood friends and family will be in my living room, feet up, sipping on Red Stripe. On the creativity front, I’m currently developing a new web series as well as creating innovative projects that break the mold for my industry. Bottom line, focusing activities within my core values has helped me regain control of my state of mind.

If despite your many blessings, you still feel a sense of emptiness. I encourage you to reflect upon your life and ask yourself a simple question:

When was the last time my values were fed?

See Also:  Can the Heat Close it? The SBM Sports NBA Finals Preview