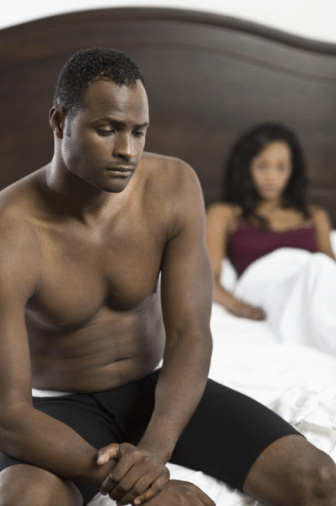 A few years back I was with my ex and she had a close friend who came home to find that her boyfriend had moved all of his things out while she was away at work that day. As she sat with her trying to console her I was thinking to myself, “I know for a fact that he didn’t just up and leave.” You know she had told me a story about how she kept pressing him to make plans for marriage and he was very hesitant, but they had been together for a minute so she kept pressing. In my mind, I knew what happened: he got so frustrated that one day he just decided he’d leave since she wouldn’t listen to him. I think that the majority of men whether they are excellent communicators or not always have a tendency to let things bottle up inside of them. I’ve noticed in myself that I have that flaw, I’ll never really tell a person when they’re bothering me until it’s too late and either I’m ready to move on or I explode. I thought back over all the times I’ve been mad and I came up with a list of ten signs he’s upset or he’s mad at you.

The fan favorite for the Black male is telling you that nothing is wrong. Pay close attention to this though, it’s different from when a woman says, “nothing.” When a woman says “nothing” she really means, “keep trying to find out what’s wrong.” When a man says “nothing” he really means “everything is wrong but I don’t want to talk about it because the situation isn’t likely to change.”

At a certain point in every argument, men reach that point where they realize that there is no way for them to win or even find a middle ground. They also realize that sometimes their old lady has gotten so wound up for the battle that he’s on level 1 and she’s preparing for an Extinction Level Event.

See Also:  Don't Get Catfished: How to Avoid the Online Dating Swindle 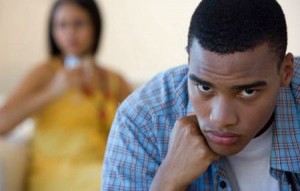 This is my favorite…and this will help a woman know why he is mad at you. When I get to that point where I’m upset or frustrated I tell myself that I should just do something wild so you see exactly why I’m upset. If you’re giving me the silent treatment and I’m trying to ask if you want to go to this nice dinner tonight, I’ll just say, “I should just leave and then watch what she do when she see the pics on Instagram.”

At this point, the man has completely lost any hope that you could possibly handle the situation or issue. This literally means, “cease and desist, move on to the side, and don’t do anything else to contribute to the dismay or failure of the situation.” Keep in mind, once a man loses faith in your ability to handle situations, it’s unlikely that you’ll ever get back that faith. This might be a time when an act of desperation or a “coming through in the clutch” moment should be inspired inside of you.