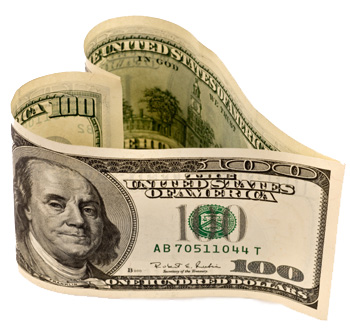 Chilling on Twitter, as I so often do, and came across this lovely gem…

@TheCosby: The women need to do this if they want to get a man advice industry is booming …I need to get my gentlemanly hands in some ladies’ purses

The tweet was funny for a number of reasons. A couple days prior to this tweet, I was made aware of an event offering relationship advice for women going on in the northeast. I don’t remember the exact topic of the panel at the event, but it had something to do with what men from women…and they were charging $15 a ticket.

Between the earlier tweet and this event..I went on a rant (something I also often do on Twitter).

He’s right. Everybody is capitalizing on lonely, low self-esteem women and I’m standing here, broke. All I have to do is make up something fancy and call myself a relationship expert…and I can get PAID. Pimps. Hustlers. Preachers. Relationship experts. All the same thing.

We talk about everybody else exploiting black people for their own financial gain…and talk ill of drug dealers and con artists. We say nada when ya’ll giving up all this money to regular Twitter fools calling themselves relationship experts.

See Also:  Why You Shouldn’t Believe In Happy Endings

This doesn’t sound dumb to ya’ll? I just be so confused man. Just sitting here in Barnes and Noble wondering where ya’ll all went wrong. Black women under attack and a lot of ya’ll are clearly losing that battle.

A mouthful for sure, so let’s break it down.

“All I have to do is make up something fancy and call myself a relationship expert…and I can get PAID.”

Steve Harvey almost singlehandedly ushered in an era where people without any sort of “legit” foundation/certifications can call themselves “relationship experts.” I happen to believe after his mass success in this arena, people were saying “You know what? If Steve can do it, I can do it too.”

Where I’m from you’re not allowed to call yourself an “expert” unless you had something to prop up that claim. These people are giving advice and can’t show you any training to back up what their talking about…why are we allowing them to call themselves experts?

But some of these blogs and “experts” are preying on the young, black, and lonely. As a side effect, they’re also affecting women who are raised to think men “know better” simply by virtue of them being men. The unyielding repetitiveness with which women hear the narrative of “you are not enough” has caused even some smart and secure women to get caught up in the hype.

The fact of the matter is, a large group of women are being targeted and made to feel unworthy. It’s making said women susceptible to think doing whatever a man says will make them good enough to be “chosen” by a mate.

I’m here to tell you it doesn’t work like that. Self-improvement is fine, but be careful about who you’re receiving this information from. Everybody doesn’t have your best interests at heart.

“I just learned about tampons two weeks ago, but I bet I can get ya’ll to pay me to tell ya’ll how to find a man.”

I said that to say, I don’t know the first thing about being a woman.

I didn’t even know something as simple as appropriate tampon usage…but I’m pretty sure I could convince some women that I have the answers as to why, as women, they haven’t been able to find a man. I need some of you ladies to use your head. Stop taking advice from people who don’t know what the hell they’re talking about.

I just be so confused man. Just sitting here in Barnes and Noble wondering where ya’ll went wrong. Black women under attack and a lot of ya’ll are clearly losing that battle.

I’ve directed an awful lot of attention to the menfolk, but I’d be remiss if I didn’t target the women behind this as well. From my understanding, a lot of the male relationship writers are simply vessels for the people they write for. In other words, they’re writing for people who give them ideas and cut the check. And the people cutting the checks are usually women.

See Also:  Did Chris Rock Tell the Wrong Jokes to the White Audience?

There are a lot of women who are out there peddling this advice when their own credentials turn out to be counterfeit under the light. Broken and bitter women offering “sista-girl” advice to help other women “avoid the same mistakes” they made.

These women are smiling in your face with their hands in your pocket, preying on your insecurities.

Ladies, I ask that you just be mindful and as Jay-Z would say, “Please consider the source.”

The woman, who’s every word you’re hanging onto, may be unqualified to give you their opinion. The road to hell was paved with good intentions, so while some of these men and women “mean well,” you may want to be careful about propping them up to be more knowledgeable than you.

In conclusion, I said all that to say, I love black women and I just want the best for ya’ll. Be wary of false prophets and those claiming to be something they’re not.

You’ll be better for it in the long run.

tags: don't believe the hype opinion relationship advice
previous A Few Things That Love Is Not
next How to Know He's Mad at You: 10 Signs