Home Around the Web Does A Man’s Credit Score Really Define Him?
Around the Web
Dating
Other Stuff We Like
December 27, 2012 Dr. J 19

Does A Man’s Credit Score Really Define Him? 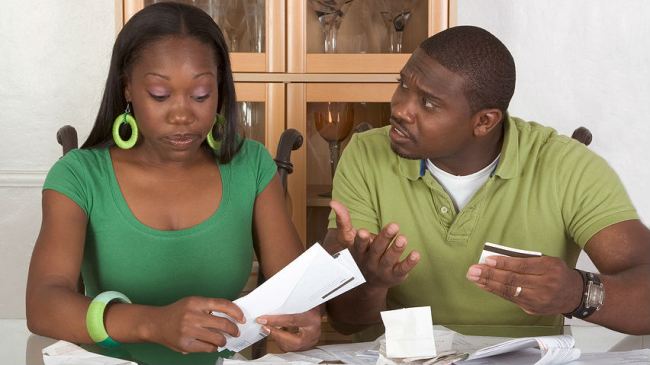 I’ve gone into stores before and got to the point where I wanted to make a purchase and knew that it would be necessary to apply for the store credit card. Although I’m not a fan of credit, it’s an inevitable part of life. Back in the day when my finances were not as in order as they are now, I would get as nervous as a hooker in a clinic waiting back on the results of a credit check. It was almost more surprising when I saw a conversation on Twitter spawned by a NY Times article yesterday on those checking for credit scores on a first date. I mean… really?! You guys who know me, know that I believe in boundaries and pacing yourselves in dating. Personally, I don’t think anyone should be asking about a credit score on the first date, but some people do. I understand why though. These days people don’t have any time to waste when trying to find love or companionship. Check out this excerpt and then after the jump the full article on NY Times.

As she nibbled on strawberry shortcake, Jessica LaShawn, a flight attendant from Chicago, tried not to get ahead of herself and imagine this first date turning into another and another, and maybe, at some point, a glimmering diamond ring and happily ever after.

She simply couldn’t help it, though. After all, he was tall, from a religious family, raised by his grandparents just as she was, worked in finance and even had great teeth.

Her musings were suddenly interrupted when her date asked a decidedly unromantic question: “What’s your credit score?”

“It was as if the music stopped,” Ms. LaShawn, 31, said, recalling how the date this year went so wrong so quickly after she tried to answer his question honestly. “It was really awkward because he kept telling me that I was the perfect girl for him, but that a low credit score was his deal-breaker.”

The credit score, once a little-known metric derived from a complex formula that incorporates outstanding debt and payment histories, has become an increasingly important number used to bestow credit, determine housing and even distinguish between job candidates.

It’s so widely used that it has also become a bigger factor in dating decisions, sometimes eclipsing more traditional priorities like a good job, shared interests and physical chemistry. That’s according to interviews with more than 50 daters across the country, all under the age of 40.

“Credit scores are like the dating equivalent of a sexually transmitted disease test,” said Manisha Thakor, the founder and chief executive of MoneyZen Wealth Management, a financial advisory firm. “It’s a shorthand way to get a sense of someone’s financial past the same way an S.T.D. test gives some information about a person’s sexual past.”

It’s difficult to quantify how many daters factor credit scores into their romantic calculations, but financial planners, marriage counselors and dating site executives all said that they were hearing far more concerns about credit than in the past. “I’m getting twice as many questions about credit scores as I did prerecession,” Ms. Thakor said.

Questions for the Massive:

Do you think it’s appropriate to ask someone for their credit score on the first date? Do you think that it’s important to know up front that your date is fiscally irresponsible? What about the “$200 date,” does it matter that their credit is in the trash if they’re willing to shell out major dough for the date? Also, if you found out someone had bad credit what would be your next steps?

tags: credit score first date questions NY Times
previous Why Does It Take So Much Work For Men Not To Cheat?
next SBM Reflects on 2012