How One Man Became Jaded: Part 5 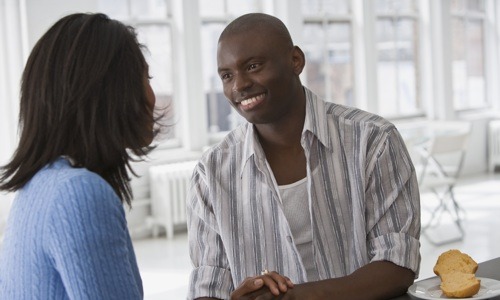 Click here to check out the rest of the series.

The next three months were a blur of fights and arguments. I became numb to a lot of the bullsh*t. I looked back at a lot of things I put up with and got progressively angrier. In hindsight, I should have just left her alone but I didn’t know any better. I wanted to hurt her as much as she hurt me. So much so that I cheated on her a couple times and thought nothing of it.

One weekend, I was at a party and Adriana was there. She had moved to Iowa at the end of the previous summer.  She was looking really good and we ended up chatting for a bit. I told her I wanted to talk to her and set things straight on exactly how I left things hanging between us. She told me that she would find me later on during the party. I went on to partying with my boys and I danced with a couple of women, had a couple of drinks and danced with more women. One of my boys tapped me on the shoulder and told me, “Stacey is over on the other side of the club giving you the death stare.” At that point, I was pretty intoxicated so I didn’t care if she felt any type of way about it.

I eventually found Adriana and started talking, but it was really loud so we walked toward the back of the club where the bathrooms were. After we got a place where we could hear each other, I explained that when I asked her out, I still wasn’t over my ex and it wasn’t fair for me to put that on her. As we were talking, Stacey walked up to us and just stood there.

“So what are you guys talking about?”

“That would be great.”

It was harsh. But at that point, I was drunk and my feelings for Stacey had diminished to a point where I didn’t care about her feelings. Adriana and I continued talking for about ten minutes before Stacey came back and defiantly stood there. Adriana looked perplexed before she just said, “I guess I’ll talk to you later Tunde” and walked away.

“So you just gonna talk to her like that while everyone thinks we’re still together? Do you know how embarrassing that is to me?”

“And you embarrassed me dancing with that girl like that. How would you like it if I went and got drunk and grinded my ass all over some random nigga’s d*ck?”

“So what you drinking?”

She slapped the sh*t out of me.

We were standing in front of the bathroom so a lot of people saw what went down. Anyone who knows me knows that I have ZERO tolerance for physical altercations in relationships. Growing up in a home that was marred by domestic violence (going both ways) will make you feel that way. I made this known to her early in the relationship, so she knew exactly how I felt about her putting her hands on me. She had a pretty good idea that I wouldn’t retaliate but I had been drinking, so she couldn’t be too sure. This was the point at which I was completely done with her.

“F*ck you and everyone who looks like you. We’re done. When you see me at school or in the streets, I don’t know you and you don’t know me.”

I usually don’t use that type of language when speaking to a woman but I was so shocked that she would put her hands on me. That night she showed up at my house to try to apologize. Whatever juju she had over me before that night was broken. I got my keys back and I moved on with my life.

See Also:  Christmas is Overrated. Yep. I Said It.

tags: jaded men Relationships Stories
previous Why Does It Take So Much Work For Men Not To Cheat?
next From Her, 6 Post-Breakup Behaviors to Avoid