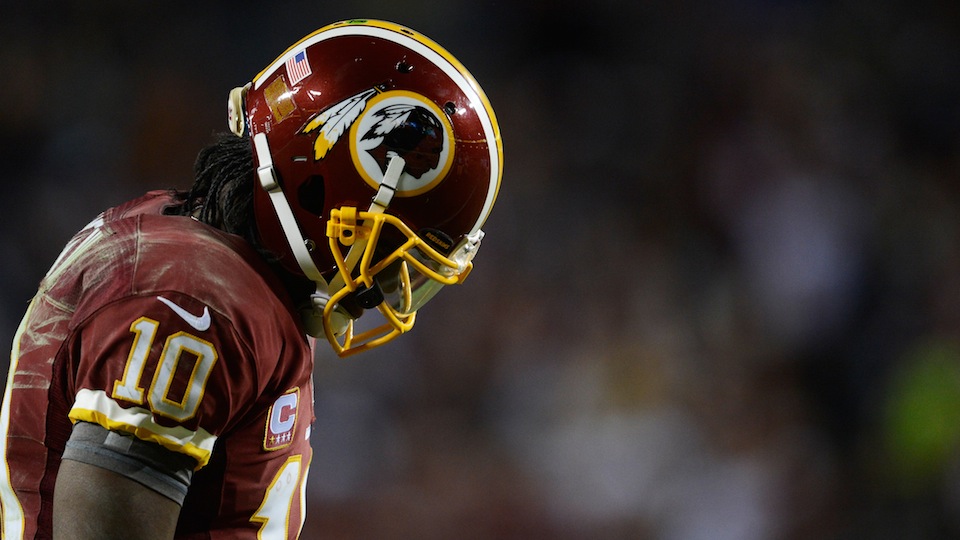 The Robert Griffin III Experience ended last Sunday in the NFC Wild Card round against the Seattle Seahawks. By the end of the game, the Twitterverse had moved beyond analyzing the play on the field. Instead, Mike Shanahan, the Redskins Head Coach, and his decision to play Griffin despite the lingering effects of his gruesome knee sprain was called into question.

To be fair, Griffin did not look like himself for much of the evening. He wore a bulky knee brace and limped badly all over the field (especially visible on a scramble in the second half), which affected his mobility, mechanics, and diminished his trademark accuracy.

None of this mattered at first. The Redskins controlled the game on their first two possessions and took a 14-0 lead. Griffin certainly wasn’t himself, but he looked like he would will his team to victory. 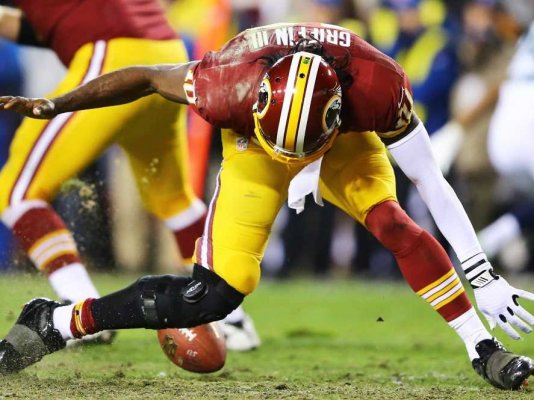 Everything changed on a non-contact injury in the Red Zone. Griffin scrambled right and hit the ground as he threw across his body. The camera panned to catch the incomplete pass, then quickly back to Griffin who was slow to get back to his feet. I expected to see a cheap late hit on the quarterback on the replay. Instead, a clumsy-looking Griffin took a misstep and crumpled to the ground on his own.

This is when the Twitter analysts became vocal. Why was Griffin in the game? Doesn’t Shanahan see his star struggling? Was he lying when he said Griffin was originally cleared to play? The Redskins struggled to do anything on offense (zero points the rest of the game, hardly threatening Seattle) and Griffin eventually had to leave the game after another awkward non-contact injury. These questions (and critics) only grew louder.

Where was the hate in the regular season?

None of these critics said anything when Griffin – clearly not 100% healthy – led the Redskins to the playoffs in Weeks 16 and 17. In his first game back from injury, a win against the Eagles, Griffin ran for only four yards. Four! He answered questions after that game about how the injury (and that same knee brace) restricted his motion, forcing him to adjust. While Griffin looked better in Week 17, the Redskins relied on fellow rookie Alfred Morris (and his three touchdowns) and Tony Romo’s love affair with turnovers (three interceptions) to clinch their spot in the playoffs.

Lots of stars play hurt. We love that stuff.

Once Griffin led the Redskins to the playoffs, you’d have to be crazy to think he wouldn’t be out there trying to win the most important game of his young career. Doing so with an injury doesn’t change things.

Apparently the difference between courage and stubbornness comes down to which side comes out ahead. Shanahan will go down as a villain, 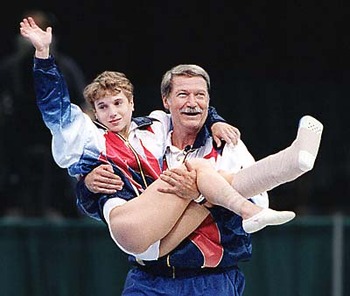 Griffin a martyr. If the Redskins had won, each would be praised for their resolve amidst adversity. The outcome should not dictate how we feel about the decision.

Many sports fans remember Kirk Gibson, Willis Reed, Kerri Strug, and Ronnie Lott more for overcoming a specific injury than the success they enjoyed throughout the rest of their careers. How many games has Kobe Bryant played with an injury that would have kept a regular person out of their desk job for weeks? Each of these athletes was courageous before fighting through injury. That’s part of what made them great. Ignoring this and criticizing them for playing is shortsighted.

Ultimately, the Redskins lost and will watch the rest of the playoffs with us from the couch.  I hate to see this avalanche of second-guessing because it’s a symptom of hypocritical and lazy analysis. This is the narrative Disney movies have relied on for years. We love our battle-weary sports heroes giving everything for the good of the team. Sometimes they lose.

See Also:  Why Do Women Choose To Stay?

That doesn’t mean they deserve our criticism.

How did you feel watching the game, SBM Sports Fans? Should Griffin have been playing? Would you have pulled him from the game at some point? Let me know in the comments below!

previous Young Man Sets Out to Walk Cross Country for Diabetes Awareness
next Is Django Racist: A Look At The Conundrum Tarantino's Latest Created In Progressive Black America