9 Men to Watch Out For 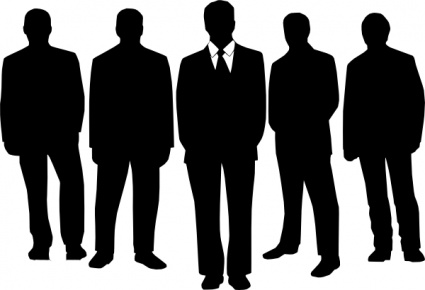 My dating experiences over the last few years have allowed me to encounter various types of men — good, bad and ugly. Although most of these men never made it to the exclusive category, I was still able to learn lessons that are applicable to my current dating life. This is my experience:

Mr. Bad Boy doesn’t necessarily have an episode on The First 48, nor has he been seen on Maury doing backfilps when he found out little Tay’Qwanell wasn’t his.  However, I will admit there is a little something about an uninhibited man with slightly excessive confidence. I’m not sure what that something is and I’ve never been compelled to find out.  However, there are some women who are willing to test the waters with Mr. Bad Boy. Maybe it’s the chase or maybe it’s the excitement of the relationship.  No matter the reasoning, when you choose to date a Mr. Bad Boy, know what you’re getting yourself into and don’t try to change him, especially since you were initially attracted to his unconventional ways.

Mr. Fantasy is the guy who you’ve been  watching from afar. You’re extremely attracted to him and he seems to meet all the major requirements on your list. Once you get his attention, you know there’s a good chance that he’ll fall for you. Before you know it, you two have been on a few dates and everything is going well until Mr. Fantasy isn’t as intriguing as you once thought he was.  You never understood why he had to call his mom after every date. And what was up with that Wayne Brady shrine in his Living Room?  The smoke clears and your Mr. Fantasy quickly turns into Mr. Are-You-Kidding-Me? It never fails; unrealistic expectations will always turn into failed realities.

See Also:  The Problem with Relationship Breaks and Break Babies

My experience with Mr. Fantasy has always been a dupe in the end. When I come across a man who is aesthetically appealing and perfect on paper, I tend to get the fantasy confused with reality by envisioning this perfect specimen of a man. This ideal obviously sets me up for disappointment because no one is perfect, no matter how symmetrical their face and how awesome their resume is. Due to my past mistakes with Mr. Fantasy, I now realize that Mr. Fantasy is just that…a fantasy.  And that Wayne Brady shrine? It’s not so bad, is it?

How many of us have had a friend who confessed their love for us, but we didn’t reciprocate? Welp, that’s Mr. Platonic. He’s the guy friend you’ve had forever. You tell him about your guy problems and come to him for advice and think nothing of it. He’s been there for you through your break-ups and make-ups.  You had no idea he had feelings for you until he surprised you with embroidered and matching his-and-her ankle socks.  Being the great friend you are, you try to let Mr. Platonic down easily and reassure him that it won’t be awkward between the two of you. You believe it until you catch him spooning one of your old work uniforms.  Needless to say, the friendship fizzles because it now embodies everything that is awkward.

See Also:  Jesus Is My Homeboy, But I Hate His House

This is the guy who you know is only good for going out on dates. He’s far from your type and only has 3 out of 20 qualities on “The List,” but there‘s something about him that keeps you interested. Usually, it’s a quality that would be considered shallow by most (i.e. He looks just like , he makes a lot of money, etc.). There’s a slim chance that the two of you could have a serious long-lasting relationship because he’s significantly under-qualified. The men I dated who have fallen into this category were generally good guys, but I knew it would never go further than an occasional date because of the pretentious nature in which the dating relationship started. Besides, it’s always a terrible idea to force a relationship based on trivial qualities.

See Also:  How to Dress Fresh For the Workplace

Alternatively, Mr. Dater could be the guy who‘s a good catch, but not ready to settle down. He’s the one who has a very demanding career or the one who simply enjoys dating and has no intent on changing his lifestyle anytime soon. I enjoy dating men who fall into this category because I’m not fully ready to settle down and there’s no pressure to progress the dating relationship. It works for both of us.

Most of the men you date start out as Mr. Maybe. Mr. Maybe is the guy who may have some quirks. In particular, he reminds you of Tommy from Martin. He swears that he has a job, but he always seems to be available ANYTIME of the day and is constantly talking about how “The Man” is trying to take him down. But, oddly enough, he has captivated your interest. One thing that I despise about dating Mr. Maybe is that most times it results in continuing a dating relationship knowing there’s no progression. Once the relationship ends, I always feel a sense of disappointment because I settled for what was there and blatantly ignored the red flags.

Contrarily, Mr. Maybe could be the chivalrous guy who holds doors and doesn’t judge you when you tell him about your Spanx® story that took place in the club bathroom. Although these things add checks to “The List”, you realize that the relationship is still new so  you want to be certain that he’s someone worth seriously dating.

Most people have dated at least one guy they’ve never told anyone about. This may be due to his lackluster personality, his inability to hold an intelligent conversation, his rhinestone encrusted Trinidad James gold tooth, etc. Whatever the case, he was a secret for a reason. When you’re dating someone in this category, there’s a good chance that it won’t go any further than a few dates because of the lack of physical attraction, his constant use of the “word” conversate , yadda, yadda, yadda. Did I say lack of physical attraction? I’ve only dated one guy who fell into this category. He didn’t have manners and  was socially awkward, but due to his extraordinary persistence, I finally agreed to go on one date–Okay I lied. It was three. I’m sure some would ask why waste time going on multiple dates swith someone who doesn’t spark my interest. In my case, I was in a short-lived dating drought while simultaneously wearing my TTBN (Trying-to-be-Nice) goggles.

See Also:  The Top 3 Biggest Stars at the Olympics So Far

See Also:  The Top 3 Biggest Stars at the Olympics So Far

-->
View as one page
tags: dating types muffie bradshaw types of men
previous Is it Ok for Committed Men to LIKE Other Women?
next Why Men Lie When They Could Easily Tell the Truth