SBM Sports: Five Things I Learned From the NFL Playoffs 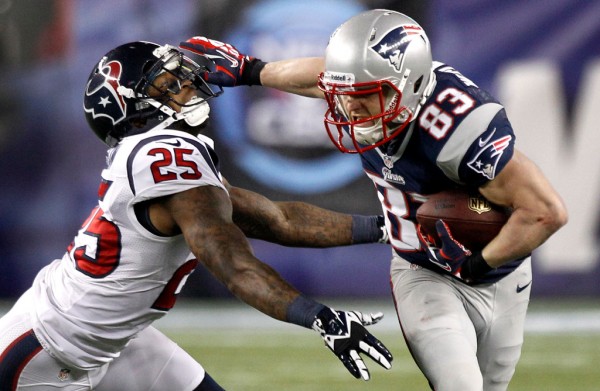 After such an amazing weekend of playoff football in the NFL, the games this week almost seem anticlimactic (apologies to the fans of teams who are still in it of course). I recently moved, and spent the week without TV or a working pump for my air mattress – but that’s another story. This weekend’s games were so good I walked miles (literally) to find a bar to belly up to. I was not disappointed. Here’s what I learned while downing Miller Lites:

Baltimore Ravens at the Denver Broncos – 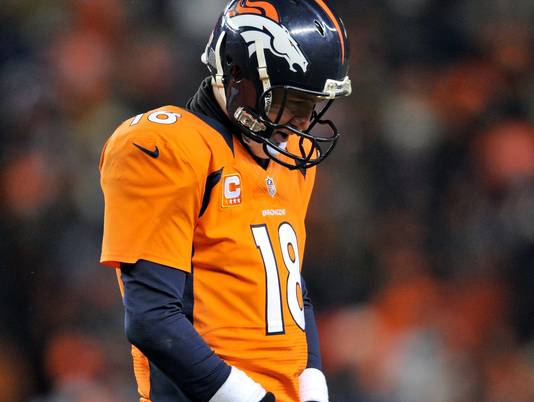 This might have been the best playoff game I’ve seen live. First of all, DOUBLE OVERTIME. I’ll take that every time. Secondly, I hate Peyton Manning, so I enjoyed watching his game-ruining interception that set up the game-winning score. Take that, ManningFace.

The most important takeaway from this game has to be Joe Flacco’s leap on the QB Scale of Greatness. He made waves at the start of the year when he called himself “Elite,” a title that you just know if a player has earned. While Flacco will never have a 5,000 yard season, I learned that he could lead the Ravens to a title. I wouldn’t have said that before the season.

Flacco faced down the best team in the AFC, outplayed Peyton Manning, and had a great game (3 TDs, 0 interceptions) despite terrible conditions in the altitude of Mile High Stadium (I still call it Mile High). Flacco earned his stripes in my book. Great first name too.

Colin Kaepernick had his own set of questions to answer coming into this game. While some questioned if Joe Flacco was a championship-caliber quarterback, Kaepernick’s credentials as a starter were being debated.

It’s true that Kaepernick only won the job after an injury to the starter, but he had done enough to prove he was capable 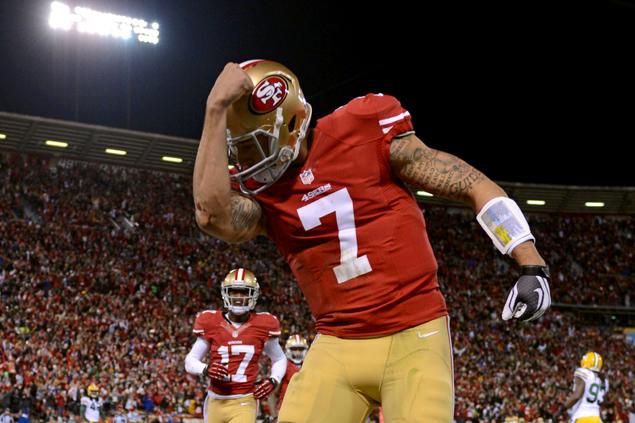 . After Saturday’s game, he could very well be a champion. The Packers certainly aren’t known for their defense, but the performance Kaepernick put on was abusive. After a rough start, the quarterback ended up with 444 yards of total offense. That’s impressive against any opponent in the playoffs. I have fought it for months, but I have to give props to Dr. J.

The lesson from this game is that I, along with everyone who doubted Kaepernick, am an idiot. The guy is great, and behind that defense, he might be unbeatable.

Seattle Seahawks at the Atlanta Falcons –

Similar to Flacco, Matt Ryan (who apparently is a white guy that CAN jump) had a long list of questions to answer. Before Sunday, he was 0-3 in his only playoff starts and hadn’t really played well in any of those games. Even this year, he led the best team in the NFC, yet you cannot name three people who picked Atlanta to go to the Super Bowl before the playoffs.

While Ryan earned his reputation, I learned he can lead a game-winning drive in the playoffs. Handed the ball with just over thirty seconds and a one-point deficit, Ryan marched the ball down the field. That’s the hallmark of a great quarterback; one you’d trust to win your team a game if your life depended on it. I’m not saying Ryan went from horrible to Joe Montana with one great drive, but you have to at least consider the Falcons as realistic Super Bowl contenders.

Ryan’s biggest problem is that he can’t play defense. His Falcons will host Kaepernick and the 49ers this weekend for a chance to play in the Super Bowl. If the Falcons’ defense isn’t up to the task, somehow Ryan will be known as a player who can’t win a big game. It isn’t fair, but it’s the nature of the position.

Well, you can’t win them all.

This game wasn’t interesting for very long. I did learn that the Patriots have enough experience to deal with (yet another) injury. Rob Gronkowski, the best tight end in the league, played in his first game after recovering from a broken arm. He left in the first quarter after re-breaking the same arm.

I learned I should drink milk. 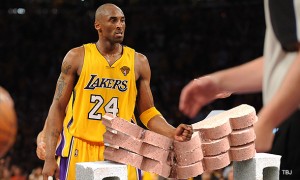 Did you realize Kobe Bryant recently set the record for the most missed field goals of any NBA player in history? Is there anything more perfect than this player earning this record during this season? So hilarious.

What about you, SBM Sports Fans? What did you take away from this weekend’s NFL games? Are the team’s you predicted still alive? Have the Falcons convinced you they are for real?

previous Quvenzhané Wallis Best Actress: Beasts Of The Southern Wild Star Becomes Youngest Person Ever Nominated For Best Actress At The Academy Awards
next Response Post: That's Not Why Men Don't Like Scandal