Know When To Say When: Relationship Inconsistencies 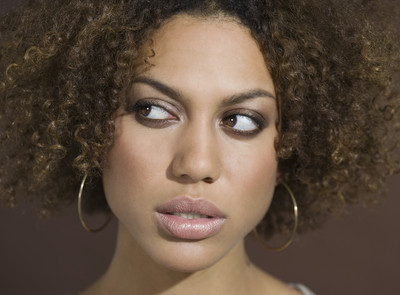 Hey SBM. I need help with a situation here. I have been dating this dude the whole of last year. towards the end of the year, he had financial constraints that could not be explained ( he does not pay my bills and he is housed by his brother) so i could not understand why he could not cope with a small financial hitch if he was working all year and when i probed things got cold between us.

So last Sunday he tells me that he had a child ( a three year old daughter) with his ex and that is where his money had been disappearing to; he had never mentioned that he has a child to me. considering that i have a 7yr old son that he knows, i feel cheated that he never told me from the word go he has a child. the reason he did not tell me about his daughter is that he was “scared that i would not take him” : as he says. kindly advice how one should handle such. i feel cheated and greatly lied to: i do not trust him no more

Secrets in relationships, and relationship inconsistencies, can be damaging depending on the level of the secret. Reading this message and analyzing your situation, a few questions come to mind.

See Also:  Why Do Men Ignore Women Then Call Them Crazy?

Why did he hide his daughter from you?

I know he said that he was “scared you wouldn’t accept him”, but that doesn’t make much sense. You have a 7 year old daughter, and usually, people with kids are accepting of potential lovers who have kids too (depending on how many). Because you have a kid, I would’ve expected you to be more guarded about him. I know you’ve had many conversations about children before, so how could he not gauge that you were accepting? That’s strange.

I’m the type to question everything once a major lie like HIDING A CHILD is revealed. Have you been to said brother’s house before? Do you have concrete proof that “brother” isn’t his code for “baby mother”? Having financial constraints but living with others makes me think he’s a liar and a user. I’ve seen the story of a man with a girlfriend, wife, and mistress a hundred times. A lot of women get caught up because they don’t ask the right questions, or enough questions, and end up getting played. Are we even sure that this child isn’t 3 months old and not 3 years? Everything is under question now!

How did he hide all of this for close to a year?

Did you disregard signs? Did you take his coldness to your questions as reactions to his situation and not an attempt at a cover-up? I’m sure you felt a certain way about his actions, and you want to confirm your feelings. I don’t know enough from the message to know if he dropped hints or warning signs, but men usually aren’t that covert.

See Also:  How To Get Off The Dating Rollercoaster 101

In the end, you have the right to be upset and feel betrayed. You have to decide whether or not you can overlook this MAJOR omission about his life. You have to judge his character and actions over the course of the time you’ve been dating and make a final decision. Personally, I feel if someone can hide a kid from you for a year, then they can hide anything. That’s not always a positive.

I hope you can make a sound decision, and I hope our readers can chime in with their experiences and opinions, too.