Confessions of a Cerebral Dater: Learning to Trust Your Partner 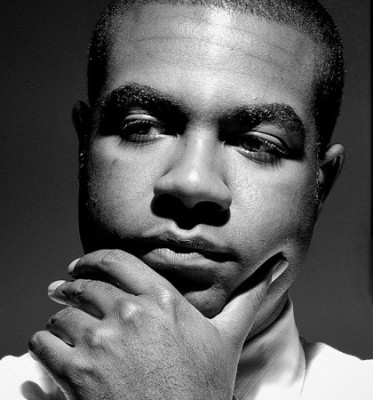 My father taught me a lot as a child. One of the things that I learned from my father was how to judge character and someone’s ability to be honest. I’m going to share that secret with you all today. My father told me that the best way to judge a person’s character is to notice their patterns and when the pattern is broken, always know that something has changed. He told me that he didn’t need to catch me lying or breaking a rule when I was young because he studied my patterns; what I would do, where I would go and the way I would act. When he learned my patterns, each time something happened outside of the norm he knew that I had done something I probably shouldn’t have been doing.

It’s my fault that I decided to take this advice and apply it to every part of my life, including dating. As a cerebral dater, I’ve approached each situation the same way that my father showed me how to gauge a person’s honesty and integrity. I always sit back and watch a person with no involvement or direction. I begin any relationship by learning a person and their patterns; what they do, where they go, who they hang out with, and how they go about their daily routine. These are all pieces that help me gauge a person’s honesty.

Let me pause for a moment. I must preface this post with the following, I admit I have trust issues. These are issues that I’m working on, but these issues are ever present in my mind. Due to my cerebral nature, I try to figure out how these play a part in my dating life.

See Also:  Single Parents: Do You Need the Approval of Your Child's Mother or Father?

Women probably know this lesson better than anyone else.

Women tend to give a lot of information to men; sometimes the information is unsolicited, too. When you give all this information, you allow the other person to adapt to your personality and then they can expose the flaws in your dating persona. I’ll give you a perfect example, if you think that snooping is okay because your man should have nothing to hide – he will simply delete all of his text messages and call logs to avoid being caught. On the other hand, let’s say you never told him you would snoop through his phone – this is not to say that snooping is right – what do you think you would find if he’s not expecting it?

From personal experience, I think most men learn one thing from their fathers or the men in their life. If you want to be with a woman, simply listen and be the man she wants you to be. Women learn this lesson too, but unlike with men, it’s probably not ingrained in them from a young age. This is why I prefer to observe and listen before I start to share my thoughts on a person’s actions. I want to know a person in their truest form before I begin to offer adjustments. It’s in that analysis where you learn about a person and really figure out if you’re compatible.

Mr. Spradley wrote in his Novella:

I believe in secrets. I believe that our lives are most influenced by those words left unsaid. Those are the words that dominate our thoughts and course our steps. Each of our little worlds is shaped not merely by that which we utter, but also by those things that we feel and know in our deepest places and choose, through great effort, to keep to ourselves.

If that isn’t the truth, I don’t know what is.

Here’s what I learned about secrets. Secrets are not secrets unless there is an underlying need or reason for why everyone shouldn’t know. Examining the reasoning behind a person’s motivation to keep a secret can tell you a lot about that person. Moreover, you’ll never discover these secrets by asking, “Hey, tell me your deepest secrets.” It’s a careful balance of allowing a person to disappoint you and knowing that you can’t immediately mention the disappointment, until you fully diagnose the totality of the disappointment.

I could get upset that a woman doesn’t answer my text messages within a few minutes of receiving them early on, or I can wait until she reveals to me that the reason she doesn’t is because there is someone else in her life. Despite how much pain and anguish it may initially cause you, patience is a virtue. Think about it as if you’re trying to figure out why you have a headache – you can choose to take aspirin to alleviate the pain or you can dig deeper to figure out if it’s a stress or an anxiety problem.

See Also:  SBM Answers: When we need to be even more clear!

Is this approach too meticulous and calculated to insert into matters of love and the heart? Perhaps, but I’ve admitted that I’m still working through flaws in my own ideologies. It’s the approach that I’ve chosen, and it’s somehow enabled me to protect myself from heartbreak and pain. There is no greater pain than deceit or being lied to, so it’s okay that we do everything in our power to prevent it. I caveat that statement by saying that you can’t hold things against a person for something someone else did; however, you can take steps to prevent your own personal vulnerability. Everyone is fully within their rights to deal with issues internally or externally. I’m just trying to prevent giving the other person the ability to circumvent my personal system of logic by allowing them to reveal their true nature. Over time, I’ve configured this system tin my head and practiced it, and I’ve learned to trust the worthy and distrust the unworthy. Such a system, based on my personal view of logic and honesty, may not vibe well with everyone. But, it vibes well with me.

tags: confessions of a cerebral dater honesty series trust
previous Why Men Don't Call After a Great Conversation
next It’s Hard For Someone to Accept Love When They Don't Love Themselves