Home Featured It’s Hard For Someone to Accept Love When They Don’t Love Themselves
Featured
Guest Post
January 18, 2013 Guest Post 18 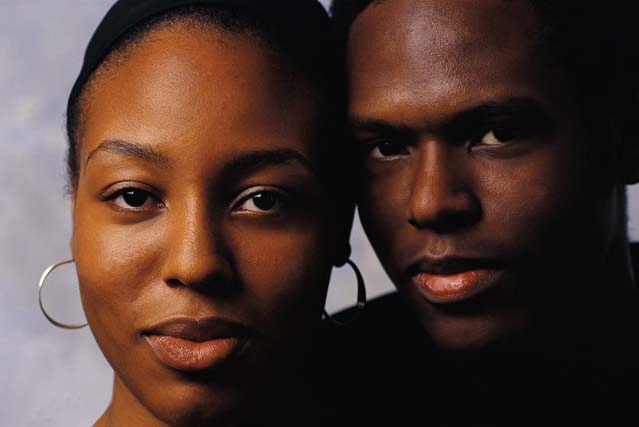 The moment we realize that the person we care about doesn’t feel the same way about us can be a hard pill to swallow. Many times we will overly blame ourselves or overly blame the other person, when it simply might be a deeper personal issue. Sometimes, happiness can seem like an esoteric thing all of us strives for every day.  People ascertain happiness in their own way and ideals. These things can change and evolve over time. Have you ever been with someone and you tried your damnest to make them happy? When it comes to relationships, we strive to make the other person happy or we try to make their walk on this Earth a little better. One of the most important things I have learned over the years is that if someone doesn’t love who they are there is nothing you can do to make them happier or to love you.

I know the concept sounds simple but let me put it into perspective. In relationships, if we truly care for the person we want them to be happy because their happiness is important to us. Cynics may say that we want them to be happy because making them happy gives us satisfaction, but that’s not where I am going with this post.  Internal struggle is one of the biggest wars we fight every day. The fight between who you are and where you are going is constant. It takes some effort to be happy with who we are. And let’s keep it real, we all aren’t walking around happy with ourselves every day. With that being said, we as people can care for someone so much that we want happiness for them more than they want happiness for themselves.

Relationships go through their ups and downs and I am by no means saying just because the person isn’t acting the way you want them to that they have don’t love themselves. People go through their own trials and tribulations and this reflects on their relationships with those around them. We can tell when a person is in bad place in their life, and many times we put on our cape (shout out to E-40) and try to save them.

Some things people do have no explanation and many times don’t have a damn thing to do with us. We can try to prove our love and be there for them but it doesn’t matter what you do or say because if they aren’t happy with their situation or who they are you will never be able to satisfy them. They may even say to themselves that you aren’t doing enough or that it may be something wrong with you – it very well could be a compatibility thing – but at the core of it all, they may not be happy with who they are. We can never know the true demons some people are conquering in their life and we have to understand that we can only do so much to prove our love or prove we are the one to make them happy.

Lauryn Hill had a song “When It Hurts So Bad” that shows how happiness in a relationship is all in our state of mind. She said:

Like Lauryn said, one of the hardest things to do is separating what you want from what you need. I spoke about this before in a Marcus Graham Chronicles entry. It’s hard to understand the difference and duplicity between those two ideas; mix that in with someone who is unhappy with whom they are and it can become a tense situation. When it comes to relationships, the hardest thing to do is to truly see the other person’s perspective. For instance, when a person continuously disrespects our feelings we have to look at who they are instead of who we want them to be. We sometimes push our wants on a person instead of seeing what we need or can really get from the person.

We all hate when someone takes our love for granted, but maybe it has nothing to do with us.  I have always believed that a person’s actions show how their heart really feels. I believe this to be nothing but the truth. But, one of the biggest questions is how can a person show love if they don’t even love themselves? After thinking about that question, then also ask yourself: Do I love myself enough to accept love?

Darryl Frierson runs From Ashy to Classy(ashy2classy.net) He also currently is the creator and co-host of “Straight Outta LoCash”  Podcast with comedian Jovan Bibbs. He also is the 2011 Black Weblog Award winner for “Best Culture Blog” and “Best Blog Series” for “The Marcus Graham Chronicles”.  He was named by Black Enterprise Magazine as one of the 20 Top Black Bloggers of 2012. He can be reached on twitter @diggame.