Can What You Watch on TV Determine Who You’ll Love? 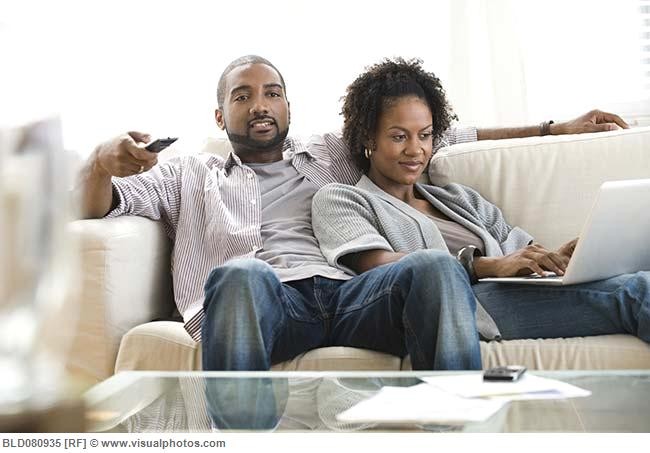 Have you ever thought about how tv affects relationships? I hadn’t really until I read this post. Check it out and share your thoughts.

In my travels around the block I have come to realize that you can quickly find out if you’re compatible with someone by what they watch on TV. It’s really as easy as comparing the shows you love and hate against the shows they love and hate. If those comparisons match up then you’re golden. If not, maybe s/he isn’t the the one. Let me explain…

You can tell a lot about a person by what they watch. The ad agency Mindset Media did an evaluation of shows and personalities. They were able to determine which products the viewer would most likely buy based on the personalities the show draws. Some of their findings stated that if a person likes Family Guy, they are most likely a rebel. If they like the Real Housewives then they are unafraid to tell others what they think and value honesty over keeping the peace. (I would’ve assumed something different for the people who like Real Housewives, but whatever.)

Given that information if you do like the same things, it’s likely that you’ll be a match. In evaluating this idea, I weigh obscure shows more valuable than popular shows. For example, if I met someone who was into Madoka Magica (popular anime in Japan), I’d be more intrigued than if she was really into The Office.

See Also:  Levels To This Ish: Dating versus Hanging Out

It goes without saying (but I’ll say it anyway) that if you hate a show that the other person loves, it probably won’t work out. The idea to write this article actually came to me while I was at the theaters the other day. I was on a date watching one of the worst movie I’ve ever seen. Although I felt this way, the fine young lady accompanying me loved it to death. I was having doubts about her to begin with, but that put the nail in the coffin. That was our last date.

Knowing that you can tell a lot about someone by [what] they watch, you can use this to your advantage as a quick way to weed out the losers to find a winner. All you have to do is make a list of the shows you love and make a list of the shows you hate. You are obviously going to be neutral about many shows so don’t worry about those b/c it won’t give you any valuable information.

I’ve never given much thought to what tv shows she watches, so I’m not in total agreement. I do think how you experience and discuss movies with a potential significant other could be telling on interests and certain views, but it doesn’t dictate where the relationship will go. If she watches a lot of trashy reality tv, that doesn’t make her a real world ratchet. If she watches OWN all the time, that doesn’t mean she’ll end up putting on 100 pounds while eating ice cream and dreaming of the Oprah Show coming back. If he only watches sports, that doesn’t mean he’ll be out there at 45 still trying to prove he’s “got it,” or that he’ll be playing Madden all day in 2030.

See Also:  The Curious Case Of The Disappearing Love Interest

Anyway, what are your thoughts? Can what he or she watches on tv be used as an indicator of successful relationship potential?