Home Hot Topics Beyonce and the Lip Sync Controversy: Is it REALLY that serious?!
Hot Topics
Other Stuff We Like
World News
January 23, 2013 Jeff J. 9

Beyonce and the Lip Sync Controversy: Is it REALLY that serious?! 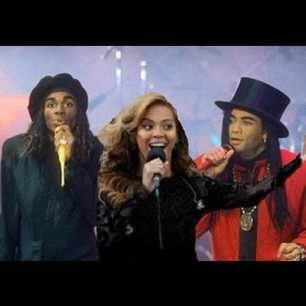 On Monday, the United States of America celebrated 2 momentous events: the holiday of my frat brother, and civil rights pillar Rev. Dr. Martin Luther King Jr., and the Presidential Inauguration. It was coincidental how the inauguration of the first black U.S. President and MLK Day fell on the same date, but you can check our thoughts on the day itself  HERE. During the inaugural ceremonies, we partake in performances of some of our National songs, along with other forms of entertainment (poetry, etc). Beyonce was on hand to perform the Star Spangled Banner (The US National Anthem). She had a great performance, and everyone generally approved…until a few days later when it was confirmed that Beyonce lip sync’d the song:

A hint as to the actual origins of the version Beyoncé sang came from her own hand: On January 20, the day before the ceremony, Beyoncé posted pictures to her Instagram account that appeared to show her in a recording studio. In one, she holds a copy of the sheet music to “The Star Spangled Banner” in front of a microphone attached to a recording device, and in another she sits in front of recording equipment while members of the Marine Corps Band stand clutching sheet music behind her.

I personally could give 3 f*cks whether or not Mrs. Carter performed the track live or in the studio, but by the reaction in the news, and on social media, you would’ve thought that it was the end of the world. Beyonce stans were running to her side, defending her decision to the death. Beyonce’s opposition  (don’t want to call them haters, lest I be mistaken for a stan), took the opportunity to deride her singing ability, and normal social media antagonists did what they normally do: create memes and watch the magic happen.

I didn’t think the conversation over this story would be as extensive as it has become. Many of my sane and rationale friends, including the SBM staff wondered aloud “Is Beyonce lip syncing the National Anthem REALLY that serious?!”  History would tell us otherwise:

If it is true that Beyonce did lip-sync at Monday’s inauguration, she wouldn’t be the first artist to perform that way at a major national event. Here are a few examples:

In 1991, Whitney Houston lip-synced her iconic interpretation of “The Star Spangled Banner” at the Super Bowl.

Oscar-winner and former “American Idol” contestant Jennifer Hudson did the same thing with the anthem at the Super Bowl in 2009.

Faith Hill also performed to a backing track for “America The Beautiful” at the same event in 2009.

At President Obama’s first inauguration in 2009, Yo-Yo Ma’s performance came into question over “hand syncing.” The acclaimed cellist had said the instruments weren’t working properly in the very cold weather. 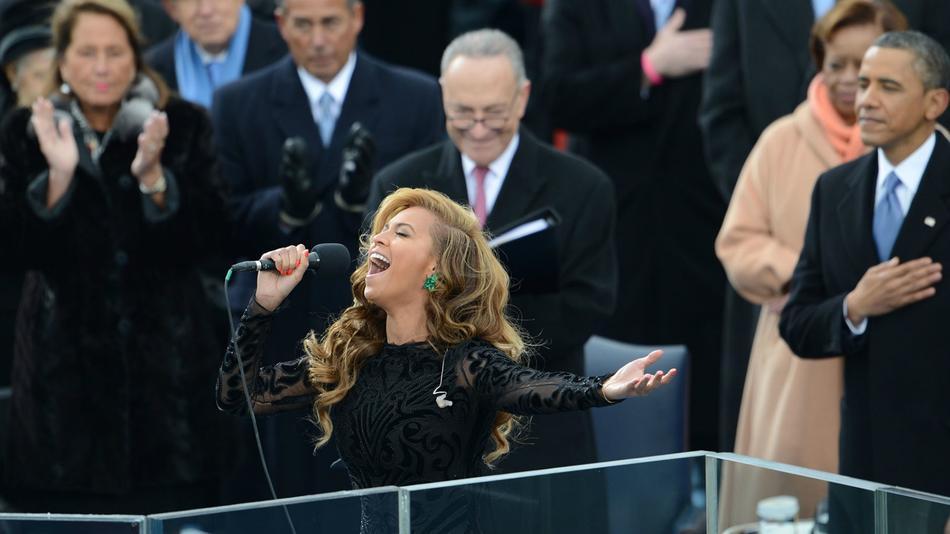 So other great artists and acts have performed to a backing track in similar instances. Hell, rappers at most awards shows and concerts rap over their own songs when performing! Why is it a big deal now? is this what all elite entertainers go through normally? Is this par for the course?

I have one theory: I believe this is an immediate and swift reaction as a result of the incessant worshipping of Beyonce stans. People who hate Beyonce stans wanted to shut them up and pressed this issue to the forefront. Antagonizing the Beyonce idollators gives them pleasure, and I can’t say I blame them too much.

Some of these stans are unbearable. However, there’s many more worthy news stories  to run into the ground. We all know Beyonce is a performer and can sing live. This is nothing to press anyone about, but it’s a clear sign that people are fed up with the stans and have in essence, indirectly performed stannish actions by perpetuating the “importance” of an everyday occurrence in music!

Funny how that works out, right?

Why do you think this “story” has become sensationalized? Are you tired of it yet? Are you mad at me for bringing it up?